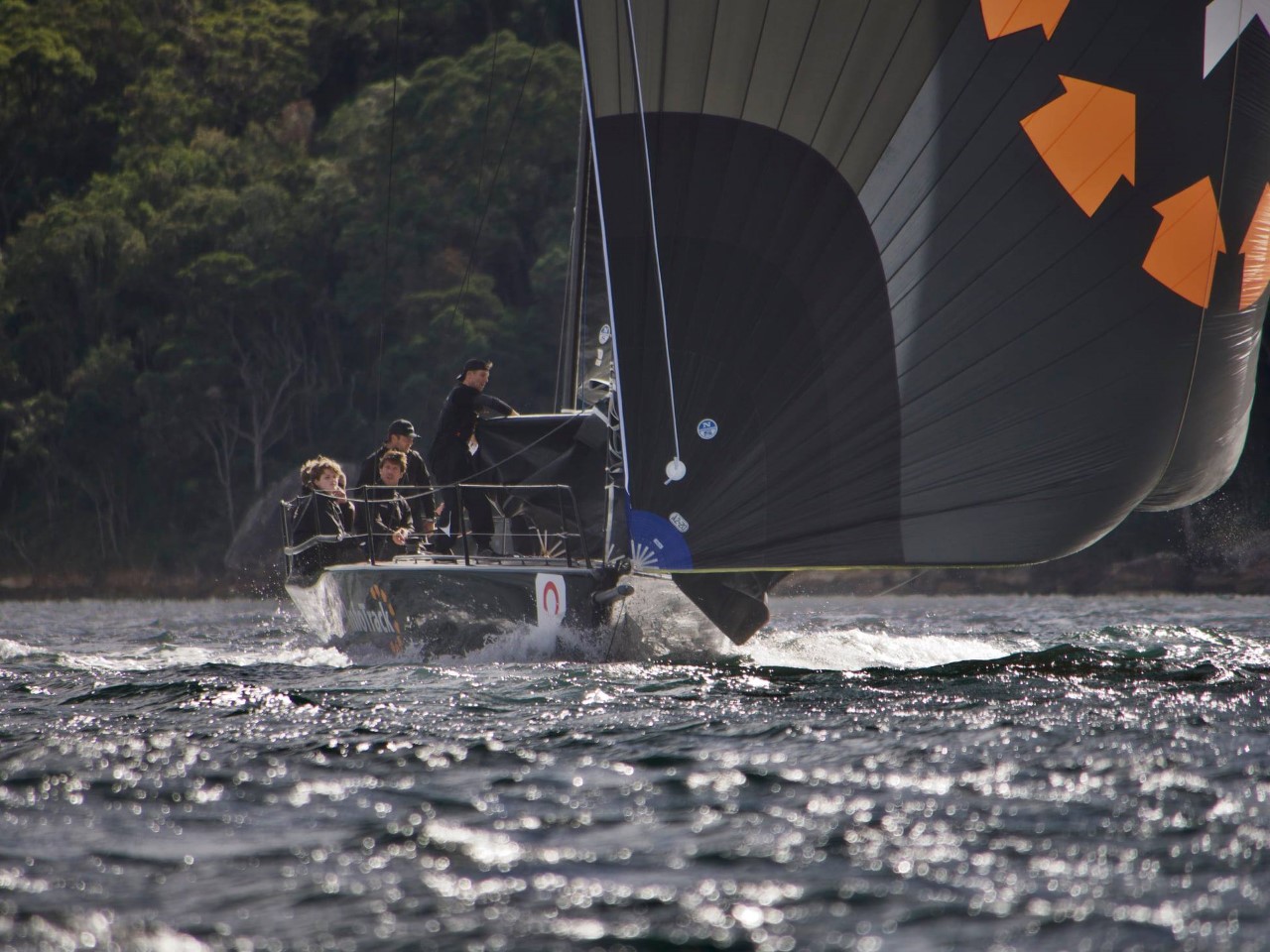 Every new MC38 team knows it takes a season or two to get a handle on the nuances of the slippery one design keelboat, and usually much longer to climb past the class stalwarts – a couple of them with a seven-year head start.

October 2020 marked the start of Christian Beck’s MC38 InfoTrack program out of Middle Harbour Yacht Club and a lot of training later a handful of seasoned salties delivered the owner a win on Pittwater just seven months after debut.

Day two’s final three races in lighter cool sou’westers included an unbeatable two wins plus a second, handing them the series by six points from Ginger and making 14-year-old Indy the youngest winning MC38 helmsman by a generation.

Mainsheet hand Peter Ryan said of Indy, “He’s a kid with a good temperament and he’s a very old 14-year-old who’s spent a lot of time with adults. No one does him any favours. And the rest of the guys are exceptional at what they do, plus we’ve got some new gear and Mitch’s boat preparation was meticulous as always.

“It’s never easy on Pittwater. Today we had a nice gap in race six only to watch it erode to a one second differential over the line between us and Ginger. It was lovely the guys took grandad out sailing,” Ryan joked, referring to his age compared to the young helmsman.

When InfoTrack’s result was confirmed, Indy Beck said, “it feels amazing. I thought it was awesome yesterday and even better today. Pittwater is a hard place to navigate.” He nominated Turner best and fairest for the series.

The class thanks the Royal Prince Alfred Yacht Club and in particular race officer Steve Merrington and his on-water team for another great regatta.