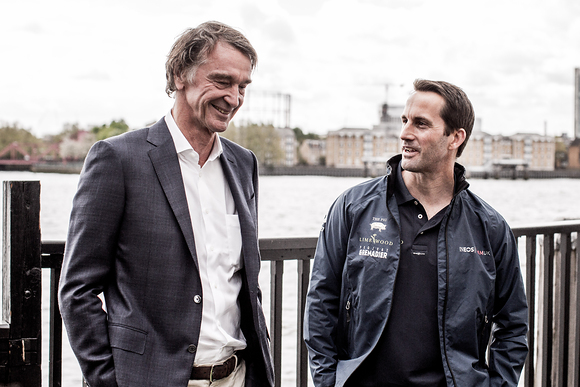 In the few months since INEOS put their full support behind the British challenge, the team has been quietly recruiting some of the best America's Cup sailors and designers. New recruits include Iain Jensen (AUS) who joins fellow Olympic gold medallists Ben Ainslie and Giles Scott, takes the tally of Olympic medals in the sailing team to six golds and two silver.

The team's Chief Designer Nick Holroyd has been working on some major new signings including Rolf Vrolijk (NED); 2003 and 2007 America's Cup winner and co-founder of famed yacht design firm Judel/Vrolijk, Rolf was Chief Designer for Alinghi, who brought the America's Cup back to Europe in 2003, the first time since 1851.

Other new recruits to the Design team are Len Imas (USA), Hal Youngren (USA) and Gautier Sergent (FRA), a R&D Director and Lead Designer with North Sails. Imas and Youngren, who competed together with ETNZ during the AC34 and OTUSA during the AC35, both bring hydro and aerodynamic expertise – along with their Cup experience – with Imas also having designed for three Volvo Ocean Races, the Vendee Globe and Jules Verne Trophy.

Pre-dating the modern Olympics, the Ryder Cup and the World Cup, the America's Cup started with a race around the Isle of Wight in 1851. The 36th edition of the Cup will take place in Auckland in 2021 and will be raced in a 75-foot foiling monohull, called the AC75.

Jim Ratcliffe, INEOS Chairman, says, “The America's Cup is one of the world's most competitive yacht races and Britain has never won it, despite founding the competition over 150 years ago. With the team we have assembled, we believe we can get a fully competitive boat to the start line. After that it's all down to the fine art of sailing. Ben is arguably the best sailor that Britain has ever produced so we should have a fighting chance of success.”

Team Principal and Skipper, Ben Ainslie, “Since the last Americas Cup we have developed as a team, learning from the last campaign and making necessary changes. We are now in a really strong position to challenge and I'm excited about the team's prospects. With the right people, the backing of Jim Ratcliffe and INEOS, it is now down to us as Team to execute a winning campaign.”

The sailing team are currently back out on the racing scene, competing on the European GC32 Racing Tour and finished third place overall at the recent GC32 Lagos Cup in Portugal.