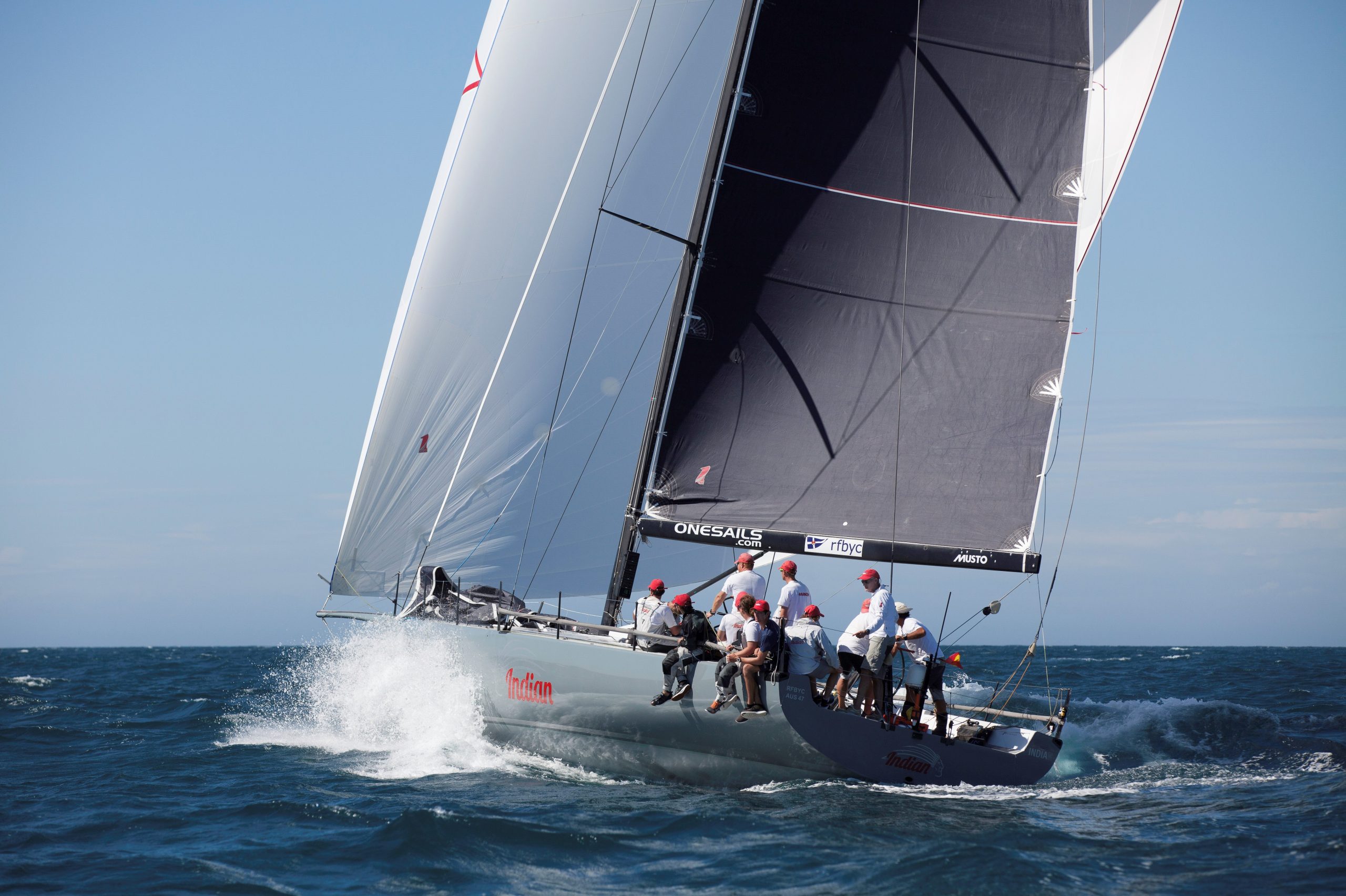 The course carried yachts from Fremantle (the first port) to Port Bouvard in the south, around Rottnest Island and on to Yanchep (the third port) in the north before returning along the coast to Fremantle.

The race was not without an element of drama – and Garth Curran’s Walk on the Wild Side was involved in most of it. Attempting a port end start, Walk on the Wild Side quickly discovered that there was not enough room to squeeze between the mark and John Rayner’s Al Fresco, coming in on starboard tack with right of way.

These tactics ended up with the big yacht picking up the start buoy anchor line with its port rudder, forcing it to back away to break free. To her credit, she then powered through the first leg in very light breezes to regain much of the lost ground by the time she reached the top mark.

Nearing Port Bouvard and rapidly shutting down the gap to the fleet leader Indian, Walk on the Wild Side’s headsail halyard snapped, starting an untidy sequence of events.

As the headsail fell towards the deck, it pulled out of the headsail track, then blew back across the shrouds, requiring a man to climb the mast and clear the debris before it was possible to hoist another sail and continue racing. By then Indian was a mere dot on the horizon, surfing at around 20 knots.

Obsession sailed well for second place in Division 1 IRC followed by Dirty Deeds. In Division 2 IRC, Bill Henson’s Circa, which had an unbelievably good start and rounded the first mark in second place with only Indian ahead of her, was second followed by the Hillarys entry, Mulberry. Circa also won Division 2’s YAH handicap.

The race was the first to use virtual marks, GPS based points on the course set electronically, negating the need for a power boat to take out an inflatable mark and retrieve it later.

On course, observers noted that some boats travelled considerably farther than others, though sailors voted the concept a great success and we are bound to see this level of technology become commonplace in WA offshore events. Yacht navigators will undoubtedly also improve their understanding of the technology so that their craft do not sail beyond a virtual mark unnecessarily.

For full results, visit www.sportspage.com.au and follow the sailing and offshore tabs