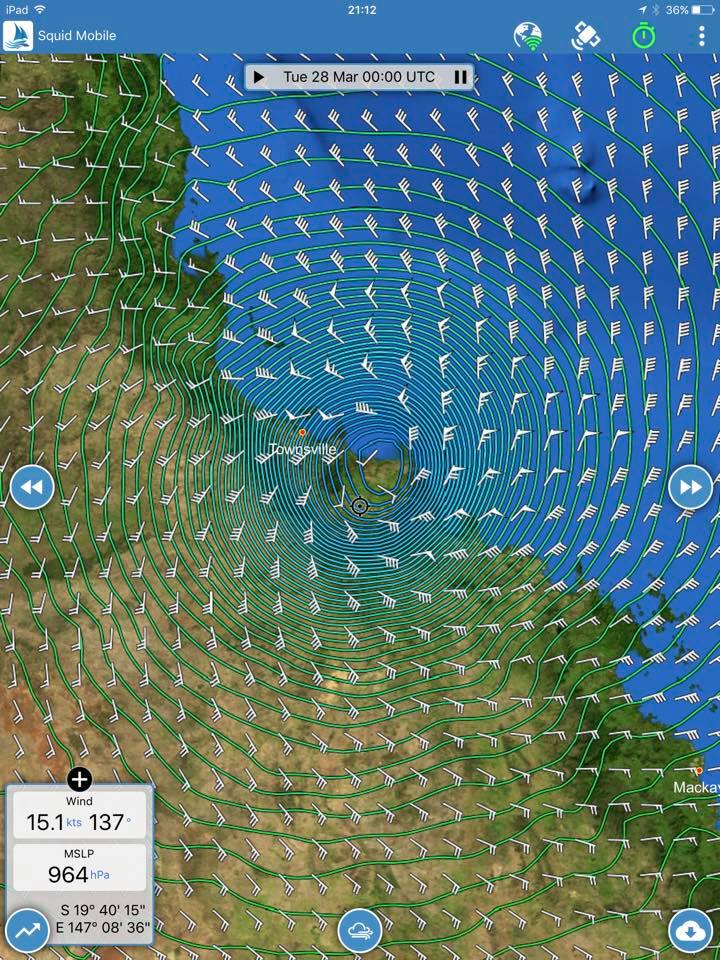 EC data viewed and accessed through Squid software by Great Circle. Courtesy of Will Oxley.

The Bureau of Meteorology's Tropical Cyclone Outlook for the Coral Sea will be increased from a Low to Moderate (20-50%) chance of development on Saturday.

“While it may have been a slow start to season, February and March are the peak months for tropical cyclone activity in the Eastern Region and Coral Sea, with conditions becoming more favourable for development from Saturday onwards,” said Mr Gunn.

“It's too early to speculate about the cyclone's intensity, forecast path and where it will make landfall, however we will get a clearer picture in the coming days.

“Communities in North Queensland should begin their preparations now, stay tuned for the latest official forecasts and warnings from the Bureau and follow the advice of local emergency services.”

There have been three tropical cyclones already this season, Yvette in December, Alfred in February and Blanche in March.

If a cyclone forms it will be named Tropical #CycloneCaleb.

The last tropical cyclone to cross the Queensland coast was Tropical Cyclone Nathan which crossed near Cape Flattery, north of Cooktown (20 March, 2015) as a Category 4 system.