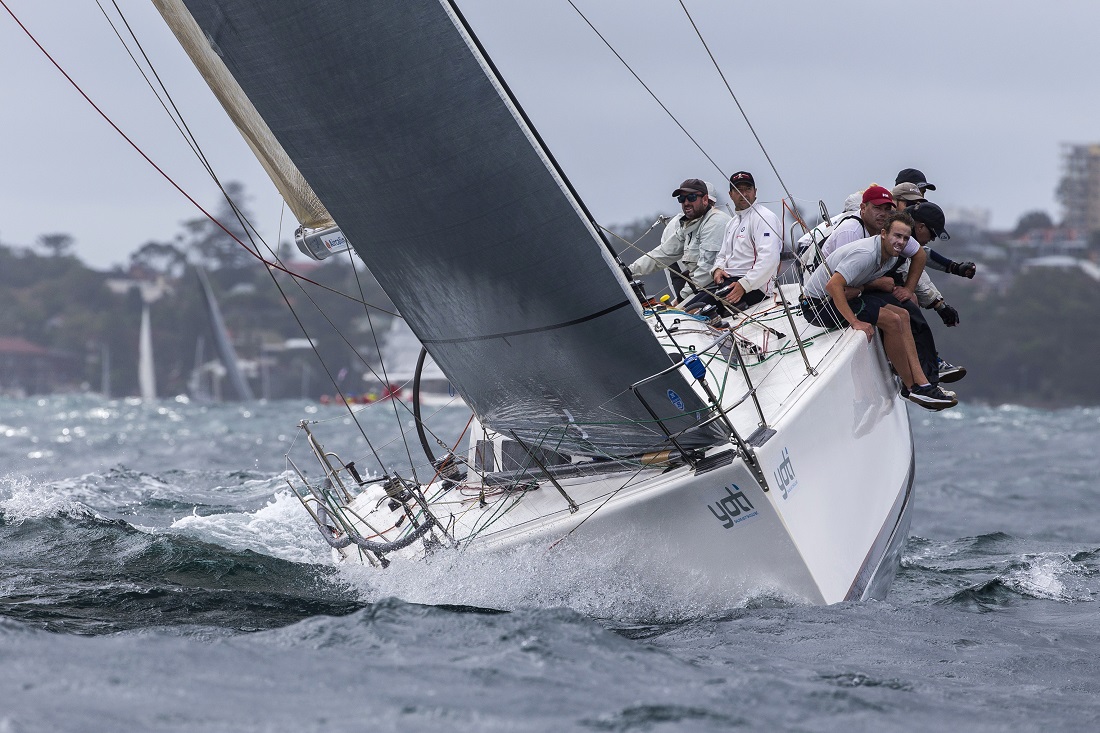 Kirwan Robb and his Ikon38 crew from Victoria have walked away with the inaugural Sydney 38 OD International Championship trophy at Middle Harbour Yacht Club’s Sydney Harbour Regatta this afternoon.

Robb, from Hobsons Bay Yacht Club, maintained the status quo, adding a further two wins to his tally, making it six bullets from seven races. They were in a class of their own. Robb was not available for comment following racing.

Nearest rivals were Renaud Gerardin and Mana Malmezac from New Caledonia, who surprised themselves to finish second overall with their charter boat, Calibre.

You have to give it to the French, they have only been sailing a Sydney 38 since 2015 and not against a one-design fleet. “We are in Sydney racing for the first time, to learn from the more experienced sailors,” Gerardin explained.

Calibre’s crew got better as the Championship progressed, a surprise package at the end of the day. After an unsteady start, Gerardin and Malmezac finished the last four races in second place. Richard Holstein’s Next (CYCA), did the reverse, starting the event in great form, they dropped to third overall, with fifth seventh and fourth places today.

Breeze on the offshore windward/leeward course peaked at 30-32 knots, the 12 boats receiving a good workout.

Principal Race Officer, Denis Thompson commented: “Racing got away on time at midday, but the breeze was all over the place for a while because of rain. It was blowing hard offshore.”

The Sydney 38 OD International Regatta was an historical moment for the class and the Sydney Harbour Regatta, the first regatta with international status. Teams came from the USA and New Caledonia to compete against those from NSW and Victoria.

More events of this status are planned as the class goes through a revival.

Winners will be presented with their trophies at the official prize giving at Middle Harbour Yacht Club tomorrow evening.