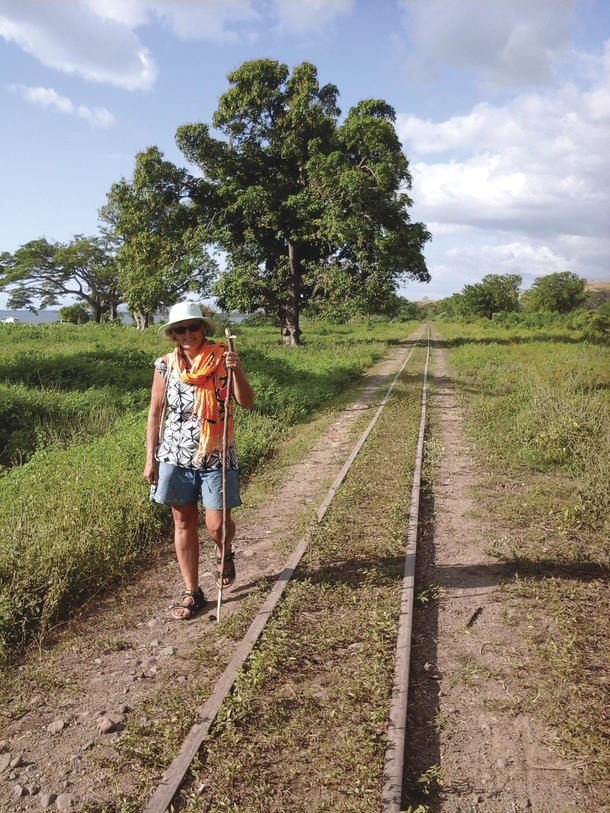 Camouflage is one of the distinctive features of pipefish, which seems a contradiction of course. In amongst the hundreds of bright reef dwelling fish all around us, this small chap was a perfectly formed stealthy beauty. Our first snorkelling sortie in the Yasawas, Fiji, did not disappoint.

We had been planning to sail to the Yasawa Islands for some weeks but our six month visas were nearing expiry so we had flown to New Zealand for most of May catching up with family. Il Silenzio was left safely on a mooring in Denarau Harbour near Nadi while we were away. Our arrival back in Fiji gave us fresh new visas for the winter cruising season ahead of us.

After provisioning in Nadi and waiting for the perfect weather window, we set sail north in a strengthening south-easterly breeze. Our most northerly point would be the Blue Lagoon but there were many spots to enjoy in between.

The Yasawa Islands are an archipelago of about 20 volcanic islands stretching in a north-easterly direction that make up Fiji’s western border. They are famous for their dazzling beaches, snorkelling and diving. Some are mountainous, with rugged peaks up to 1800 feet.

Exposed to the tradewinds blowing through the Bligh Water, the gap between Viti Levu and Vanua Levu, a good weather window is a must for a pleasant trip.

The Yasawa chain is a few days sail north of the popular winter cruising at the Mamanuca island group on the sheltered western side of Viti Levu, but different in character.

There are numerous protected anchorages in small bays around the islands on the way north, choice being dependent upon wind direction and swell at the time.

The warm tradewinds blow steadily, generally east to west from May to November averaging 15 to 20 knots, rising during the day and usually dying away at night. The swell felt here is created by strong weather systems passing from west to east between New Zealand and Fiji.

This swell means most anchorages in the Yasawa chain can at times be very ‘rolly’. Our anchorages around Waya Island and Naviti Island on the way north had been beautifully sheltered from the wind but exposed to the ocean swell so we had not stayed long.

Blue Lagoon is well known as the most protected anchorage in this island group and we looked forward to some quiet days and nights there. We dropped anchor in 15 metres of water sheltered by Nanuya Lailai Island immediately to the east and protected from the ocean swell by Matacawalevu Island to the west. Reefs to the north would provide lesser protection from northerly winds but none were predicted from this direction for the next four to five days at least.

Nanuya Lailai Island is right next to Nanuya Levu (Turtle Island), which was the location for the shooting of the film ‘Blue Lagoon’ in 1980; a romantic adventure starring youngster 14 year old Brooke Shields with Christopher Atkins.

The lagoon can be entered from points to the east, west or the south; we had come from the west when we arrived. We had sailed up the western side in the lee of Yanggeta and Matacawalevu islands, largely protected from a stiff easterly trade winds that had arisen on our final morning heading north.

I had read that there are 15 words in the Fijian language that mean heaven and ‘Yasawa’ is the first word on that list. It was immediately obvious why. The water we dropped our anchor in was so clear that the yacht and teeming schools of fish seemed to be suspended in space.

Snorkelling the reef, extending from the island, the effect was even more pronounced. Fish were in abundance around the coral including, of course, my ‘alien’ pipefish; they are closely related to seahorses, so have that certain extra-terrestrial look about them which captivates me.

On the way north we had been lucky and feasted on fresh tuna several times. We had finally figured out the missing element in our fishing method: speed. We have only been successful fishing off Il Silenzio when our speed was right for the fish we were trying to attract.

With the right breeze and full sail, out go the rods. Just like clockwork, when trailing our lures at the right speed, in the right place, we had tuna on board for dinner. Every scrap was eaten and leftovers used as bait. Delicious!

More sea bounty was to come. Skipper Rob dove on a shallow reef in the Blue Lagoon and returned with a sturdy octopus, which after being beaten on a rock with a robust stick to tenderise it, made several sea-fresh meals that we shared with other cruisers.

Much needed sewing tasks were undertaken while at anchor in this little slice of paradise with the MPS we had made needing a bit of subtle adjustment.

Solitude was easy to find. We were spoilt for choice with miles of white coral sands and contrasting beds of black volcanic rubble. Many an hour was spent meandering and always something different around the next headland.

In some of the inter-tidal zones around Nanuya Lailai, villagers had fixed stakes permanently into the sea bed in long rows for holding fishing nets. These were all in shallow areas and effective for catching fish where the tide ebbs and flows significantly. Nets were periodically stretched on these stakes. After being set for a day or so the catch was hauled in by hand at low tide using a small boat.

The Yasawas were the last islands of Fiji to be hit by category 5 Cyclone Winston in 2016 as it raced to the west. Only in patches did we see any remaining evidence of the impact.

Coastlines with different aspects had different outcomes, but apart from the debris of downed trees on some easterly facing beaches, the entire area sparkled.

While we were there, only a few other cruising boats visited the area. We were told by locals that tourism was well down because of a perception that Fiji was a wreck. This could not be further from the truth in the Yasawas.

A true delight to visit. Such a hard place to leave.≈