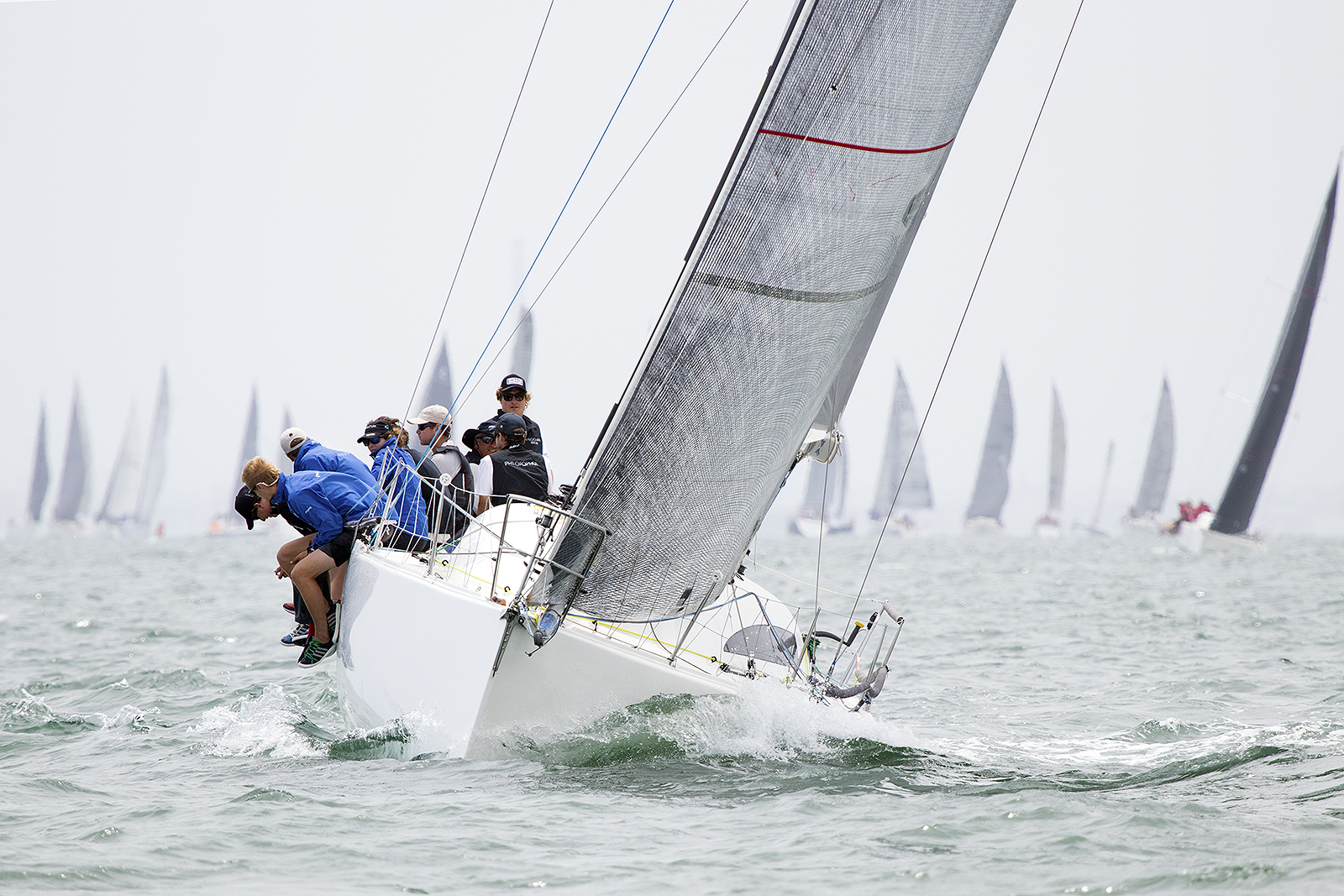 Matt Allen and his Ichi Ban Team have another trophy to add to their cabinet after claiming Allen’s second Australian Yachting Championship early in what is shaping to be a bumper 2018.

Allen, who last won at this regatta in 2003, said it was a great thrill to claim all eight races at the Championship, which concluded at Sandringham Yacht Club on Sunday.

“It’s not of often you get eight from eight but, I must say, in the middle race today, we only got it by one second from Secret Men’s Business,” said Allen, whose yacht claimed handicap honours in the Rolex Sydney To Hobart Yacht Race in December.

“I think the whole week’s been a great success, a lot of great sailing, and I think every race has been really good fun on Port Phillip Bay.”

Allen, who is also Australian Sailing President, learnt to sail at Sandringham, which he praised for having staged a fine regatta.

“It’s always great to come back to Sandringham Yacht Club,” he said.

“I’ve done most of my offshore keelboat racing as a young lad out of here. … It’s great fun to be back here and to see so many of my friends.”

“The crew work for the whole weekend was excellent,” McCraken said.

“Seven out of the 13 are family, so I’ve very pleased with that, we all get on really well and have a lot of fun – that’s the main thing, I think, and that sort of generates the results that we get.”

“Very happy with the result, very happy with our crew, they’re a good young bunch of people from Hobart,” Tiedemann said. “This has been an absolutely awesome regatta. It’s been very well conducted, unreal Race Officer and support team. Just amazing.”

Tiedermann said his team “might have a crack” at the next Championship, which will be held in the Team’s home state.

The 2018 Australian National Multihull Championship was won by Victorian Fury Road with an impressive scorecard across the regatta.

“We don’t race other boats, we race the clock,” skipper George Owen said. “So we try to do the course as fast as possible and sailing underneath our OMR.”

A note of appreciation and thanks to Charles Meredith and the Peccadillo team for abandoning racing earlier today to assist an upturned competitor, The Experiment. Fortunately no one was injured.

Thanks to North Sails, Official Sailmaker Partner for their ongoing support of the Yachting Championship.

Thank you also to Sandringham Yacht Club for hosting the 2018 Australian Yachting Championship. The Club’s level of professionalism and army of volunteers was outstanding leading up to and during the three-day regatta.

The 2019 Australian Yachting Championship will be hosted by the Royal Yacht Club of Tasmania from January 3-6.