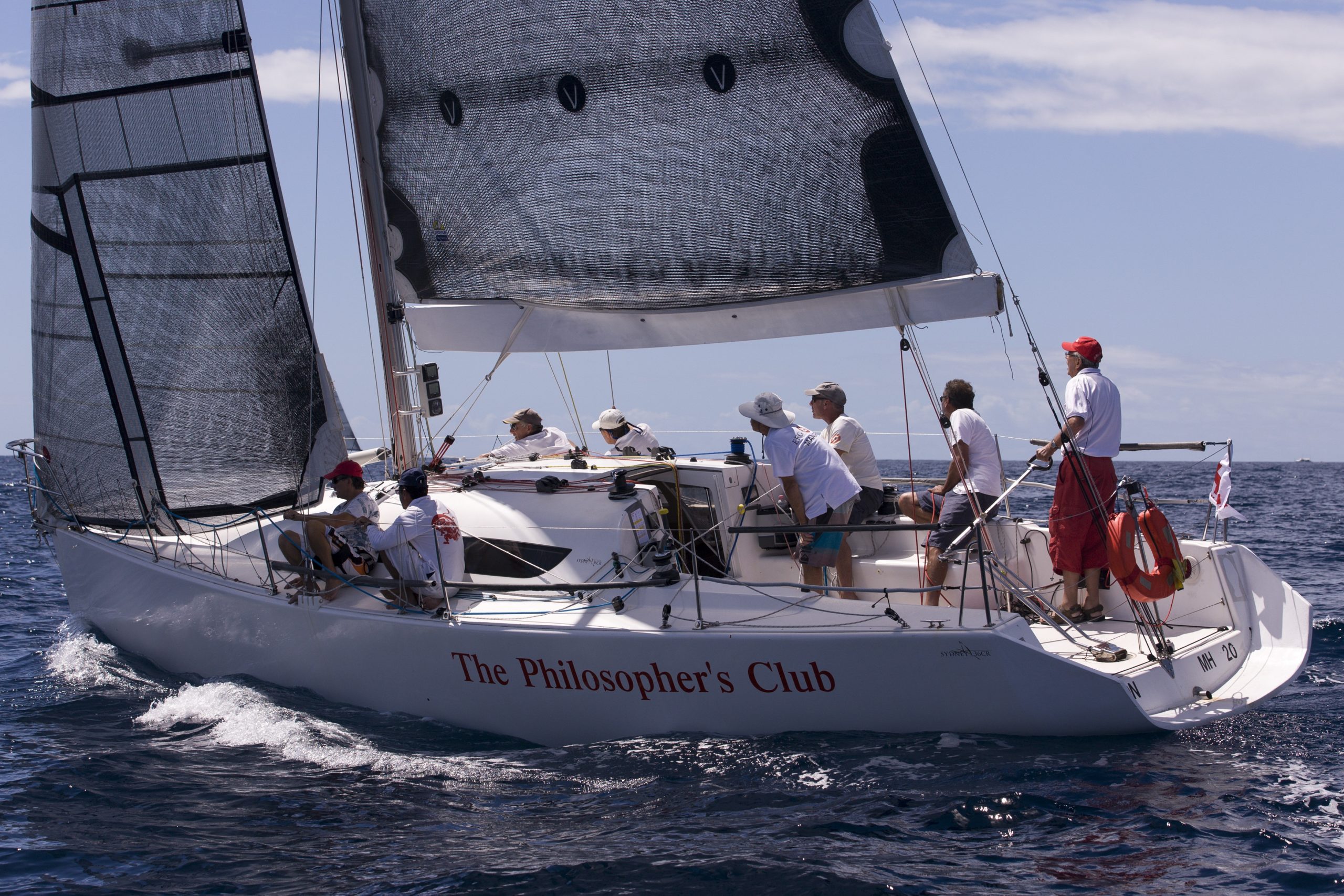 “Good racing conditions,” Yachting Australia president Matt Allen said. “There was a big right-hand shift in the first race up the beat. There was a lot of current too, so you had to overlay what you were going to do,” he said.

“Once the breeze settled down, it was good – an interesting race track. After the first beat the breeze went more left, which helped us, because it meant we could dictate terms.”

On the run in all three races, Ichi Ban got away from her rivals. It is well known the former Shogun V is the fastest downwind of the TP52’s racing in Australia.

Allen added, “All the starts were quite close, but we eked out any gains we could.”

Bob Cox held true to his crew’s promise of last week, tired of playing second fiddle to fellow DK 46, Khaleesi, owned by Andrew and Pauline Dally. They felt all was coming together well after taking line and overall honours in a short ocean race last week and they were right, as Nine Dragons won three from three, with Khaleesi scoring a trio of second places.

“We’re very happy as we’ve been working hard at getting the rig settings right,” Cox said this afternoon from the host club, where he is a member. “We’d been left in the wilderness a bit with our sistership (Khaleesi) beating us regularly.”

Cox said having North’s Michael Coxon on tactics and strategy “helped tremendously. He made a big contribution, and that in turn lifted the crew to do their best in the lovely conditions – 8-15 knots on flat seas.

“We can’t rest on our laurels though, because Khaleesi is snapping at our heels. We can’t afford to put a foot wrong tomorrow.”

Matt Bassett, who has kept Local Hero’s name in the news of late with some brilliant performances, held on for third overall after scoring two third places and a fourth.

Over 170 boats are taking part in this year’s Sydney Harbour Regatta, is just 10 days away and over 150 boat owners have pledged their support for the 11th running of the autumn event, among them some high profile names.