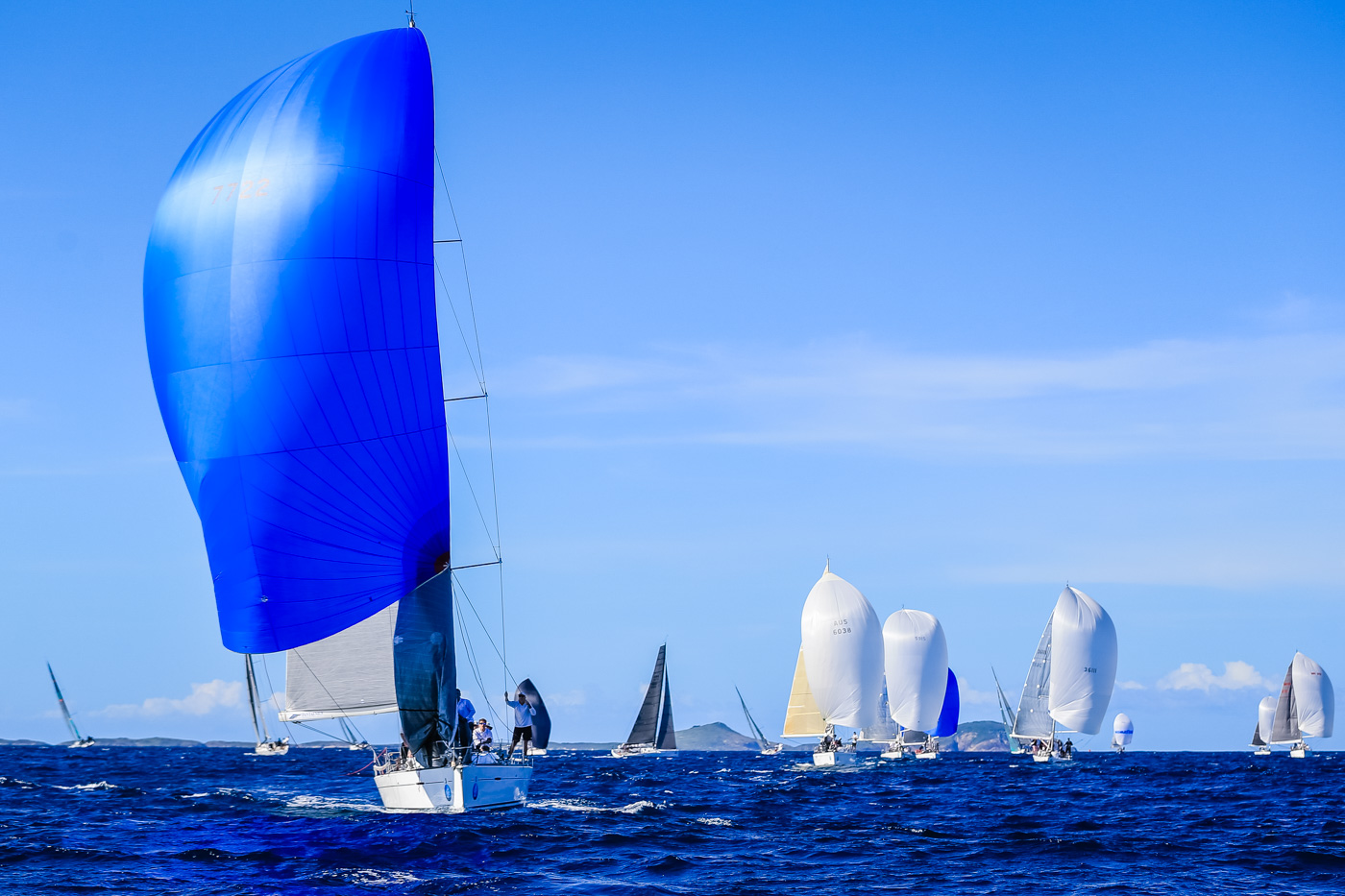 Three IRC fleets ran through three windward/leeward races offshore in building NE winds north of Cabbage Tree Island, at the mouth of Port Stephens on the NSW coast. The occasional RAAF training exercise overhead, radio instructions from the race committee and the odd raised voice at busy mark roundings were among the only noises heard on the otherwise quiet course area, described by Allen as one of the best in Australia.

An OCS at the start of race two was the only slip-up on Ichi Ban according to Allen. “Our crew work was really good and our hoists and drops were near perfect. You don’t ever sail and not learn something; you just have to make sure you aren’t relearning the same thing from regatta to regatta. It takes a long time to move forward that way. Today we got the boat planing in the 13-16 knots and powered away downwind,” said the skipper and Sail Port Stephens patron.

He’s made no secret of his intention to give this year’s national IRC title at Hamilton Island a serious crack, and asserting themselves straight up at the state title augers well for the mission.

Second in division 1 went to Sebastian Bohm and Bruce Foye’s Rogers 46, The Goat. A 10 month program of entering most of the major races and series and building the team is taking shape for the new owner partnership. Bohm agreed they were initially a little overwhelmed finding themselves the only one in their division at Sail Port Stephens not a TP52 or derivative. Now they are in the results mix.

“Traditionally we haven’t done very well against the TPs,” Bohm said this afternoon. “Today we picked the shifts well and sailed our own race; we are very happy with our results.”

Young match racer Steve Thomas from Perth is calling tactics on The Goat.

Tomorrow all fleets other than the MC38s and sports boats will undertake the inaugural Broughton Island passage race, a 26 nautical mile lap of the pristine islands off Port Stephens. Other than for IRC division 1, the start will get underway off the break wall at Nelson Bay late morning, adding plenty more colour to a busy holiday Saturday on the waterfront. The HMRI Cup will be presented annually for the passage race and proceeds from tomorrow evening’s function for crews at Broughtons at the Bay donated to Hunter Medical Research Institute.

The forecast for Friday April 16 is for north-easterly winds 10-15 knots.