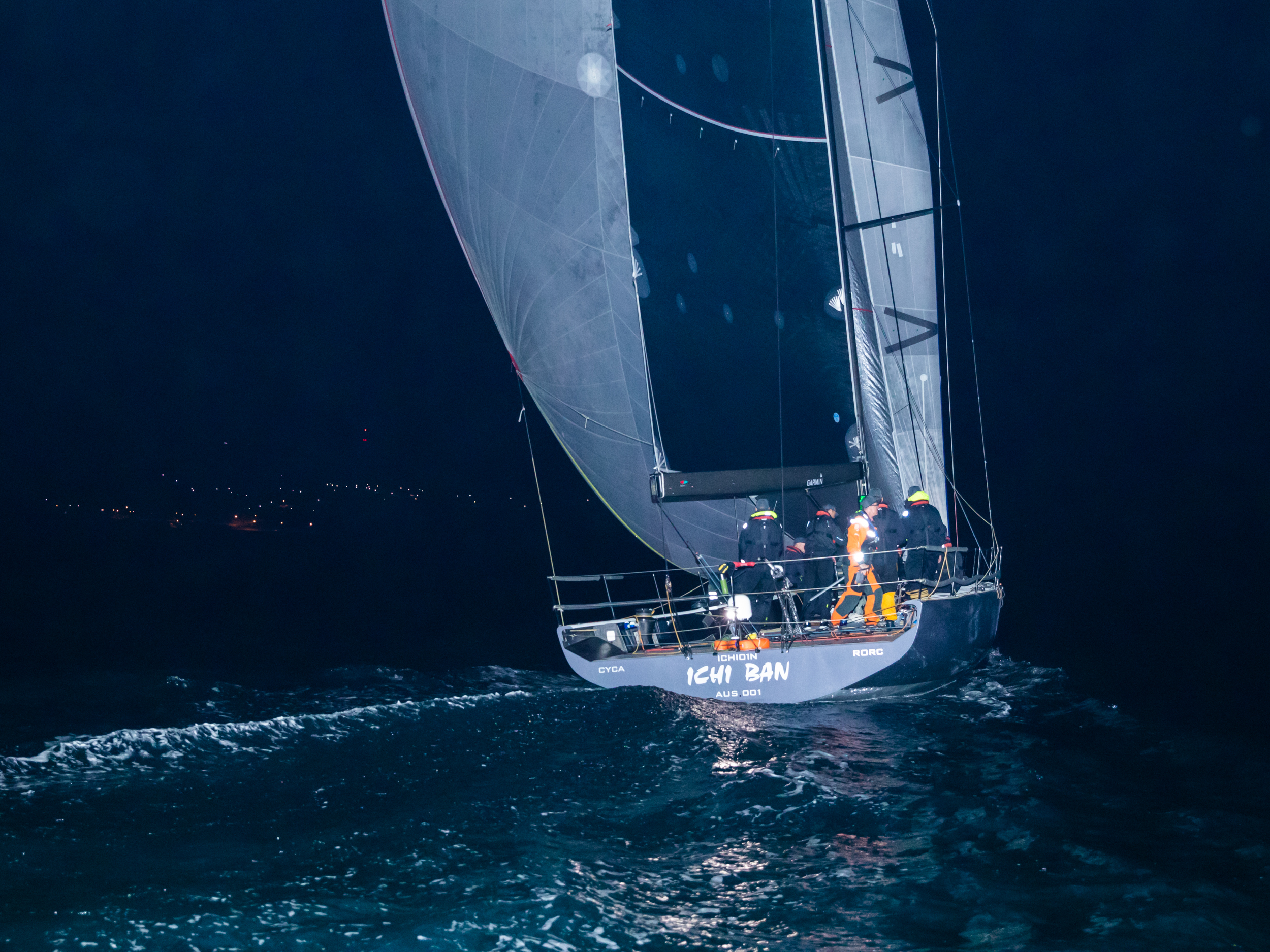 Australia's most in-form racing yacht has ticked another offshore win off the list with a line honours, and expected overall handicap win, in this year's Teakle Classic Adelaide to Port Lincoln Yacht Race.

Matt Allen and his team on Ichi Ban made the trip down from Sydney to compete in their first Adelaide to Lincoln and went agonisingly close to breaking the race record set in 2011, falling short by 26 minutes.

Finishing in a time of 12 hours and 29 minutes, Allen said if a few things had gone differently they could have shaved off the necessary time to set a new record.

“We really had a fast race with some fast reaching conditions, but because of the breeze angle towards the end of the race, we slowed down a touch, which probably cost us the record,” he said.

The Australian Sailing president said having to sail gybing angles downwind, rather than a fast and direct course to the finish, was what added those extra minutes to their eventual finish time.

It was the first ever Adelaide-Lincoln for Allen, who had success in the 2017 Rolex Sydney Hobart winning the race overall, as well as winning Division 1 in the latest Australian Yachting Championships amid other victories.

Allen compared the Lincoln race to a mini Transpac race (California to Hawaii), but crammed into just 156 miles.

“It was a really enjoyable race. It's not a very long one, but it really keeps you on your toes the whole way through,” he said.

This year's was faster than previous races, with consistent breeze holding in throughout most of Saturday, and the smaller boats carrying Saturday's afternoon sea breeze all the way through.

It was also the first time Allen's rival and fellow TP52 owner, Geoff Boettcher (Secret Men's Business), had sailed into Port Lincoln in second for many years, which sets up a tantalising battle between the two boats for the Lincoln Week Regatta starting Monday.

Chris Dare's fellow TP52, Ambition, Jason Ward's 45ft Concubine and Andrew Corletto's 42ft Shining Sea, will also be in the mix during the week and finished over the line yesterday in third, fourth and fifth respectively.