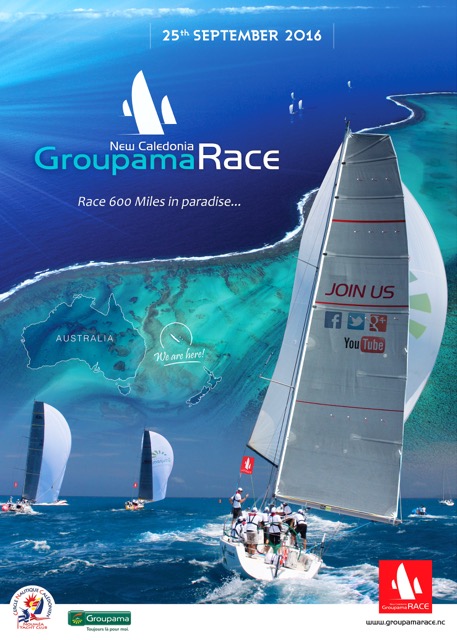 Ichi Ban, the 60’ Australian yacht well known in this part of the world, has announced its participation in September's Groupama Race. The 'fight' with the maxi Beau Geste Racing from Hong Kong and the trimaran Orma 60 Team Vodafone Sailing will be undoubtedly exciting.

The Carkeek 60 Ichi Ban is primarily designed for long offshore races. This yacht was designed around the powered winch systems and set up towards to the lighter end of the rule to ensure low transitional speeds downwind. The yacht features a large sail plan for outstanding light air capabilities yet combined with a high stability powerful hull form enables the yacht to come into its own upwind in the breeze. All the sail handling systems onboard are hydraulically operated and almost all below deck. The primary advantage is being able to trim the sails properly throughout the race without relying on crew to grind all night, resulting in maximum performance at all times. The cockpit is open, clear and uncluttered, helping crew movement during manoeuvres.

The owner, Matt Allen, is a very experienced sailor. President of Yachting Australia, he has sailed 25 Sydney/Hobarts. The first, when he was 18 years old. In the 2015 and 2014 editions, the former CEO of the UBS Bank and Chairman of Cruising Yacht Club of Australia, arrived sixth in Hobart. Ichi Ban (Number 1 in Japanese ) is one of the line honours favourites with Beau Geste Racing and Team Vodafone Sailing. For Matt, ” It will be a great opportunity to do a race on a totally new race track, in a different country that is not far away from Australia.

“With a growing fleet of boats to race against it will bring back memories of those that raced in the Kenwood Cup – Around the State Race in the Hawaiian waters back in the 80’s and 90’s. It should be an exciting event both on the water and off the water.”

Two New Zealand boats have already arrived in New Cal: Team Vodafone Sailing (former trimaran of Michel Desjoyeaux,  winner of the Route du Rhum and the English Transat) has been in Nouméa for ten days. Coming from Fiji, she is tied up in safety at Port du Sud marina. The yacht is waiting for the start of the race in nearly three months time. The Kiwi crew returned to New Zealand: they can depend on Caledonian professionals to take care of their racing machine. Same reasoning aboard Ran Tan II, an Eliott 50 with a canting keel. The owner, his wife and daughter left their boat in New Caledonia. They will be back in July for a family cruise.

A sailing Paradise, New Caledonia is surrounded by a myriad of islands and deserted coral islets. At the heart of a vast maritime zone, New Caledonia offers a variety of cruises in a heavenly archipelago. There are lots of safe anchorages and they are mostly unspoilt. An out of the ordinary destination, bathed by crystalline waters in the middle of the Pacific Ocean, cradled all year round by gentle trade winds, the Caillou, in addition to its white sand beaches and its bright sunshine, has a lot to offer. A sanctuary of global biodiversity, New Caledonia is THE destination for nature lovers.

World Heritage listed, the coral reef, which embraces the archipelago and encloses an extraordinary lagoon, preserves an ecosystem where a thousand discoveries are waiting to be made. While the capital Nouméa offers all the facilities sought by boaters, pavement cafés, boutiques and beaches shaded by palm trees give it an air of the Riviera, but the relaxed atmosphere and the clarity of the sky stamp it with the seal of Oceania.