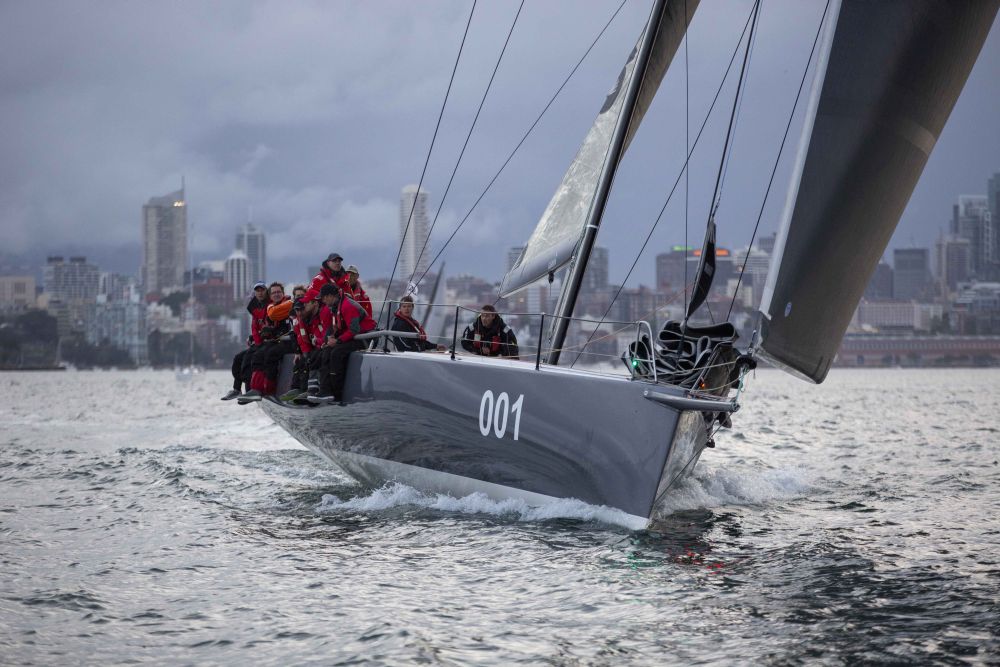 Matt Allen's Botin designed TP52 showing it is competitive in all weather conditions after taking another overall win. Credit - CYCA.

Matt Allen’s Botin-designed TP52 Ichi Ban has again proven its current dominance in the ocean racing circuit with another IRC and ORCi Division win in the Blue Water Pointscore series, this time in the Newcastle Bass Island Race.

The current Tattersall Cup holder, Allen is fresh from more recent IRC victory in the Flinders Islet Race, and a close second in the Sydney Gold Coast Yacht Race but is quick to laud the competitiveness of the fleet.

“There wasn’t much between the TP52s for the start of the Race all the way to Newcastle, we had great competition between the bigger boats in the fleet,” Allen says. “We were able to utilise the continuing breeze transitions to our advantage in the second leg down to Wollongong. We had Voodoo in front, right in close to the shore and Patrice behind way out to sea, there were boats everywhere trying to make the most of the weather.

“We’re really lucky to have great conditions for our boat so far in the series, and we’re hoping this continues through the back half. We’ve still got our sights set on the Rolex Sydney Hobart this year, I’ve mentioned before it’s been a long time between drinks, but it goes to show the competitive history of the great race.”

CYCA Rear Commodore Dr Sam Haynes’ TP52 Celestial has claimed the PHS Division win, also performing well in IRC and ORCi with a second place for both. This, off the back of a strong placing in Race 1 of the series (Race 2 was a Did Not Compete due to upgrades to the yacht), sees Celestial in good stead for the second half of the Audi Centre Sydney BWPS.

Having to sit this race out recovering from a shoulder injury, Haynes himself spent nearly the duration of the 23-hour race glued to the Yacht Tracker, eagerly following his team’s campaign.

“Justin Ferris did an amazing job at the helm of Celestial,” Haynes says. “We’re happy with the performance of the boat. We’ve just completed major modifications to the keel and it looks to be paying off, however we’ll wait for more detailed analysis to make that call.

“This season’s campaign is focussed on the Blue Water Pointscore and of course the Rolex Sydney Hobart. We know how competitive it is with the TP52s and we’ll be going all-out again this year in the race to Hobart.”

The BWPS continues with Cabbage Tree Island Race, starting at 7pm Friday 9 November, which is the fourth race in the six-event series.