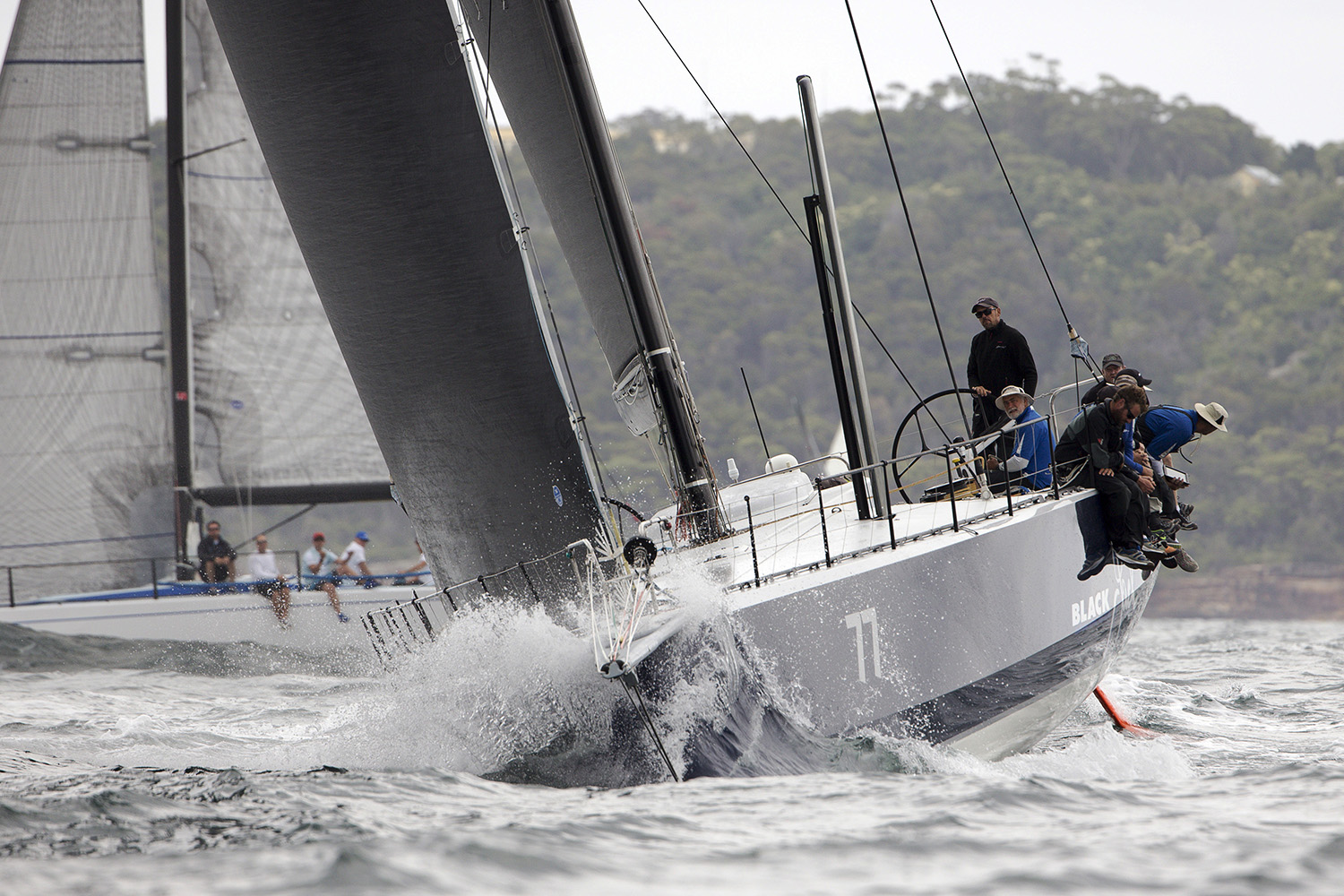 Matt Allen (Ichi Ban) and Howard Piggott (Flying Cloud) came into the final day of the CYCA Trophy–Passage Series as the leaders of Division 1 and 2 respectively, following their wins yesterday, and repeated their performances in Race 2 to claim their Trophy wins in the Cruising Yacht Club of Australia series held ahead of the Rolex Sydney Hobart Yacht Race.

Yachting Australia president and past CYCA commodore, Allen said it was special to win the British Trophy, an historic piece of silverware presented it to the CYCA as the perpetual trophy for a new annual regatta dating back to 1967, and originally introduced as the Southern Cross Cup.

“Obviously we are very happy to win this trophy,” Allen said.

“We sailed in a slowly building north-easterly. It was quite nice conditions actually. Upwind on starboard tack we were surfing upwind in a groundswell. On port tack it was quite different, more into the swell and chop, so you had to sail the boat quite differently,” said Allen, whose TP52 took off after Black Jack, the line honours winner for the second day running, leaving the rest of the fleet in its wake.

Allen said they enjoyed the triangle course, which started off Shark Island and finished in Watsons Bay, set by Principal Race Officer Denis Thompson. He said they particularly surfing downhill on starboard gybe.

“I think everyone enjoyed today more that yesterday. The seaway was better and everyone had their chances,” said Allen who is no nearer to deciding which of his two boats to take to Hobart.

“I have confidence in both my boats and my crew. This boat has the ability to sail at good height, has a high-tech mast and excellent sails. We learnt a lot about it sailing at Airlie Beach and Hamilton Island in August, but we learnt more sailing in the rougher conditions off Sydney in the last two days,” he conceded.

Howard Piggott was equally thrilled to win two out of two races in Division 2 with his Beneteau First 40, particularly as he has not been a regular competitor for a while and sailed against the tough competition, including defending Rolex Sydney Hobart Yacht Race champion, Wild Rose, the Farr 43 owned by Roger Hickman, which finished fourth overall.

In fact it was Derek and Martin Sheppard’s Beneteau 45 Black Sheep rolled in over the top of last year’s Sydney Hobart second place getter, Chutzpah today, the Caprice 40 owned by Victorian Bruce Taylor, who could not hold on to second place when she finished fourth today to claim the third place on the podium.