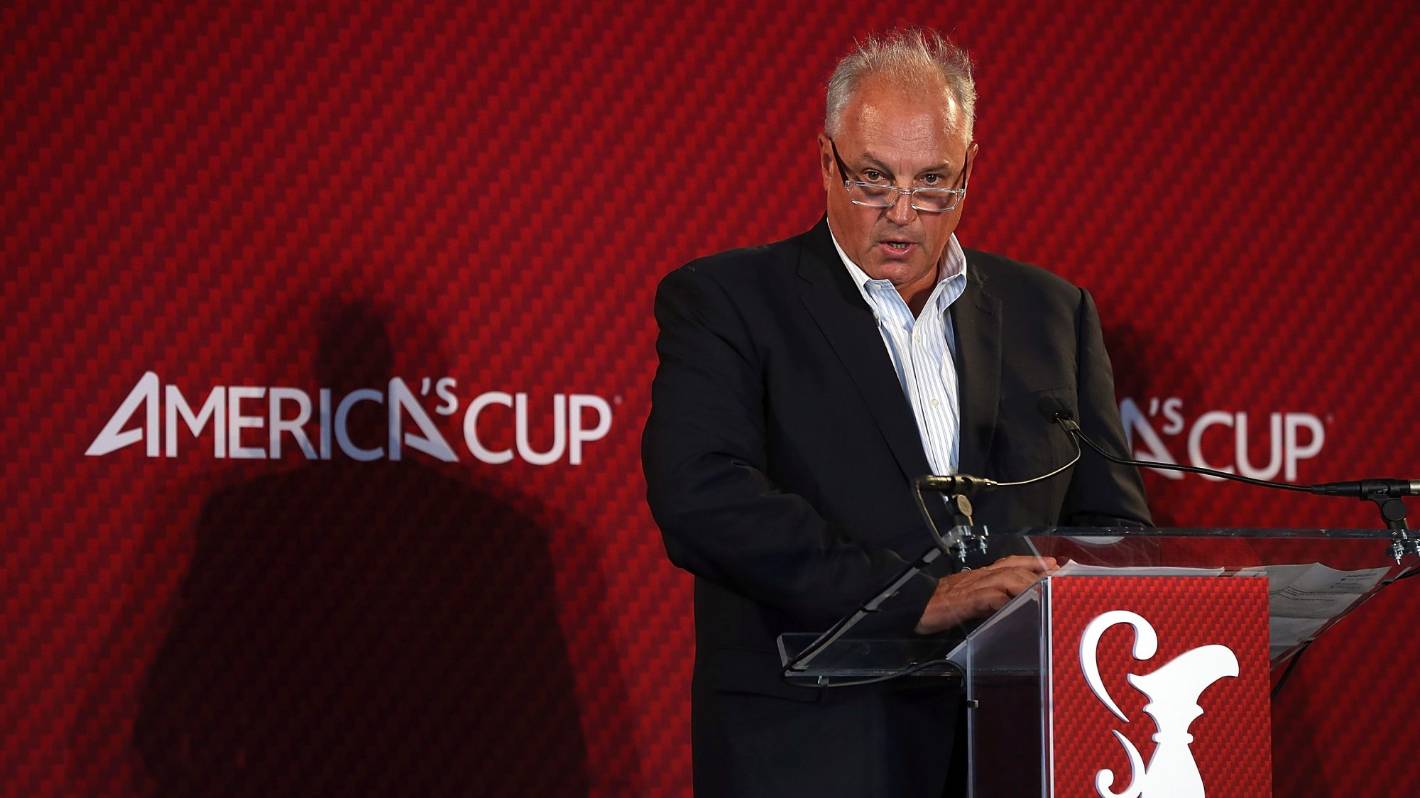 Australian Iain Murray will be in charge of America's Cup racing for the third consecutive regatta. Photo Getty Images.

Australian Sailing has announced that Iain Murray will continue to lead the Australian Sailing Team towards the Tokyo Olympics, which were scheduled for this year but have been postponed owing to the COVID-19 pandemic. Murray's contract was to have expired in August, after the 2020 Games, but has now been extended to allow continuity leading into the revised dates.

Murray is also the Regatta Director for the 36th America's Cup, scheduled to be held in Auckland from December 2020 through to March 2021. The Austraian Sailing release makes no mention of this role, or how it will impact on the AST's preparations for Tokyo 2021.

With international borders closed, and not likely to re-open in the forseeable future as increased levels of COVID-19 infections are reported around the world, there is no certainty that either event will actually take place as planned.

Renowned international sailor Iain Murray AM and Australian Sailing have today announced that the 2008 Olympian and reigning Etchells World Champion will continue with the Australian Sailing Team through to the postponed Tokyo 2020 Olympics.

The new deal will see Murray remain with the team and increase his focus on the Tokyo campaign, highlighted by his appointment to the newly created role of Australian Sailing Director – Tokyo 2020 Olympic Campaign.

The role will allow Murray to focus his energies on managing the campaign for Tokyo, one which has become increasingly complex with the postponement of the Games.

“I am delighted to be able to extend my role with Australian Sailing and move ahead with the job I was brought here to do – help our team win gold medals at the Olympic Games,” said Murray.

“We are delighted that Iain has extended this critically important role with the team,” said Australian Sailing CEO Ben Houston. “Iain is one of the best minds in world sailing and we are extremely lucky to have him on our team. He will continue to do what he does best – making our boats go faster.”

With the 12-month postponement of the Tokyo Olympics, Australia’s campaign for the 2024 Olympics will have an unusual three-year preparation period so it will be McGovern’s responsibility to build the Australian Sailing Team’s High Performance strategy for 2024 and beyond, with the work to commence immediately.

“Our responsibility is to ensure that the Australian Sailing Team is best placed to maintain its place as one of the most successful sailing teams in the world,” said Australian Sailing President, Daniel Belcher. “Having a world-class long-term high performance strategy is crucial to achieving that goal.”

McGovern will be responsible for ensuring sustained success for one of Australia’s most successful Olympic teams – having won three medals in the 2008 Olympics and four medals at each of the 2012 and 2016 Olympics. Sailing was Australia's top Olympic sport at the 2012 Olympic Games.