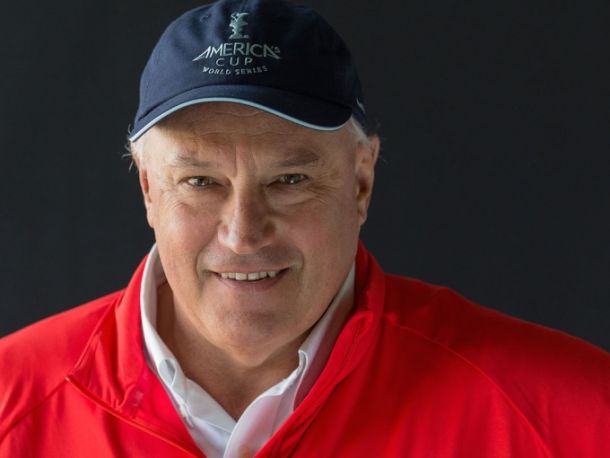 America's Cup race director and competitor, 18 Foot Skiff legend, boat designer and Olympian Iain Murray has been appointed Performance Director of Australian Sailing following the departure of Peter Conde to the AIS. Murray will take up the new job on October 4, after he sails at the Etchells Worlds in San Francisco.

If Australian Sailing was looking for someone with a strong background in sailing, they couldn't have done better. Murray won six JJ Giltinan world 18 Footer titles, sailed in two America's Cups (on Syd Fischer's Advance and Kevin Parry's Kookaburra), won an Etchells World Championship, has competed in 23 Sydney Hobarts and represented Australia at the 2008 Beijing Olympics in the Star class. He was at the forefront of 18 Footer design and managed the successful campaigns of Gotta Love It 7 in recent 18 Footer seasons. And most recently he ran two America's Cups as regatta director for Larry Ellison, in San Francisco and Bermuda.

Commenting in his appointment, Murray said, “There are strong foundations to build on as we head towards Tokyo 2020 and I look forward to working with the athletes, coaches and management as we collectively grow our programs for the future.”

Murray's intelligence, no-nonsense attitude and intense desire to win will all be attributes that should put the wayward high performance program back on track.

I watched him first-hand during the America's Cup in San Francisco, after the death of Andrew Simpson in a training accident. A change in rudder design was announced following the capsize of the Artemis AC72 and there were accusations from the Italian and New Zealand syndicates that Murray was using the incident to give defender Oracle Team USA an advantage.

Murray looked them in the eye and told them, “The helmsmen asked me to give them more control. That's what I've done.”

He had devised a technical solution to a very complex problem in a short space of time and backed his judgement in the face of strong opposition. He will bring this same resolve and clarity to the new role.

One of the accusations levelled against the former high performance regime was that “favourites” could get away with poor behaviour. There will be no favourites under the Murray regime and clear behavioural standards will be set and maintained. The athletes and coaches will have very clear rules and woe betide anyone who oversteps the mark. It doesn't matter who they are, they will be called to account.

It is a good appointment and one that should bear fruit over the next two or three Olympic cycles.