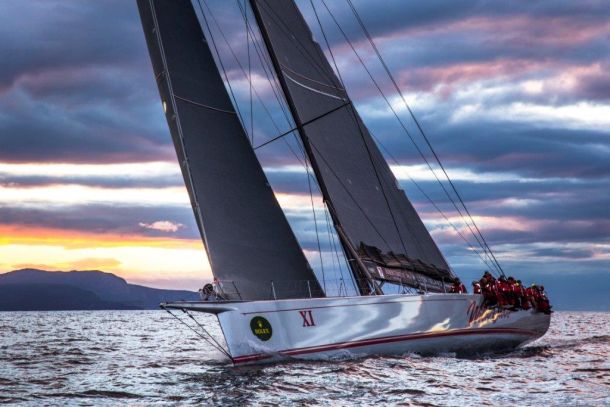 The crew of the Australian supermaxi, Wild Oats XI, is hanging on to hope as much as conviction in the 2225 nautical mile Transpac Race from Los Angeles to Hawaii as the majority of the fleet continues to be dogged by frustratingly light and variable wind conditions.

Late today the big, silver-hulled sloop, which is entered in the classic race under a joint arrangement between American yachtsman, Roy P. Disney, and the Australian owner, Bob Oatley AO, was continuing to lead her class and make significant gains on the other divisions ahead that had started days earlier. But, with the race course being a minefield of calms and significant changes in wind direction, the 16-man Wild Oats XI crew knew it wouldn’t take much for them to lose everything they had worked so hard to gain since the start last Saturday.

Ironically, after telling their Australian team mates prior to the start that this was one of the most exciting downwind races imaginable, the six Americans in the crew, who have more than 100 Transpacs between them, are now saying they’ve never seen a race like it.

“The Americans are telling us this is the most complicated Transpac they’ve ever seen,” said Wild Oats XI’s navigator, Nick White. “They’ve never sailed this far into the race and not had a jib set at any stage, nor have they ever had a spinnaker set so soon after the start.”

White said the next 12 to 18 hours was likely to have a significant impact on the final results in the race.

“We have a strategy, and we are sticking to it,” White explained, “but that doesn’t mean we can’t come unstuck very quickly. The weather pattern is making it a nightmare tactically, as is evident by the courses some of our rivals are taking when compared to us. Here we are just over a quarter of the way to Hawaii and Syd Fisher’s 100-footer, Ragamuffin, is some 150 nautical miles to the north-northeast of us and in a different weather pattern, while the other 100-footer, Rio100, is about 60 miles directly behind us and in a different system again.

“The only thing we have in common is that we’re all trying our hardest to get over the top of the high pressure weather system that’s ahead: a zone of little or no wind.”

There was one other frustration for many of the crews yesterday. They saw the first signs of the cloud pattern which would normally signal the arrival of the tradewind system they wanted to carry them the rest of the way to Hawaii. But while the clouds were there, the tradewind wasn’t.

Regardless, the Wild Oats XI crew was happy with the way the yacht was performing. While the breeze rarely got above 10 knots during the day, they were sailing at between 10 and 14 knots for much of the time. They had covered an impressive 323 nautical miles in 24 hours.