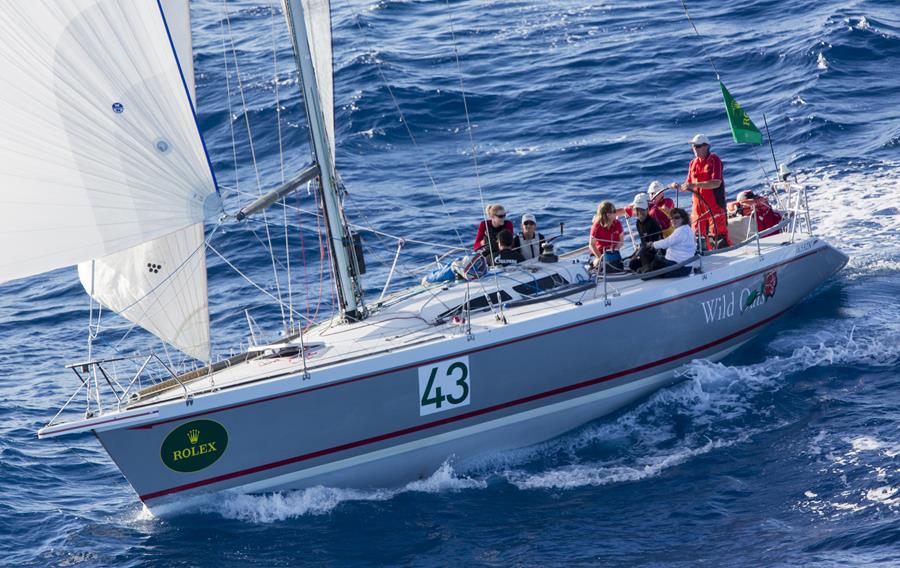 The Cruising Yacht Club of Australia’s (CYCA) 75th Sydney Hobart Yacht Race is pleased to announce that 22 teams will take part in the Southern Cross Cup, which has been reintroduced this year in conjunction with the 2019 Rolex Sydney Hobart.

The Southern Cross Cup (SCC) is a series that was inaugurated in 1967. In its heyday, it bolstered the race fleet to 179 in 1985, with entries coming from Australia wide and overseas.

Modelled on the Admiral’s Cup in the UK, the biennial (held every odd year) Southern Cross Cup comprised teams of three from Australia, Australian states and overseas. The New South Wales team won from New Zealand in 1967. NSW was also successful in 1969, beating Great Britain to the punch this time.

The SCC was discontinued in 2001, but reinvigorated in 2013 and won by the team of Wild Rose (Roger Hickman), Victoire (Darryl Hodgkinson) and Patrice (Tony Kirby). In 2019, it is a perpetual trophy that will be awarded to the top team competing within the Rolex Sydney Hobart Yacht Race.

“The Club has reintroduced the Southern Cross Cup in an exciting new format. It adds an extra level of interest in this year’s race,” CYCA Commodore Paul Billingham said. “It’s great to see so many competitors have enthusiastically formed 22 teams. We look forward to announcing the winning team after the 2019 Rolex Sydney Hobart.”

Australia, NSW, Queensland, South Australia and Western Australia are represented, along with five teams from the CYCA, three from Royal Prince Alfred Yacht Club (NSW) and two each from the Royal Queensland Yacht Squadron (Qld); and Sandringham Yacht Club (Vic).

For a full list of entries, please visit: http://media.prod.cyca.s3.amazonaws.com/media/3440506/southern-cross-cup-teams-loe-2019.pdf