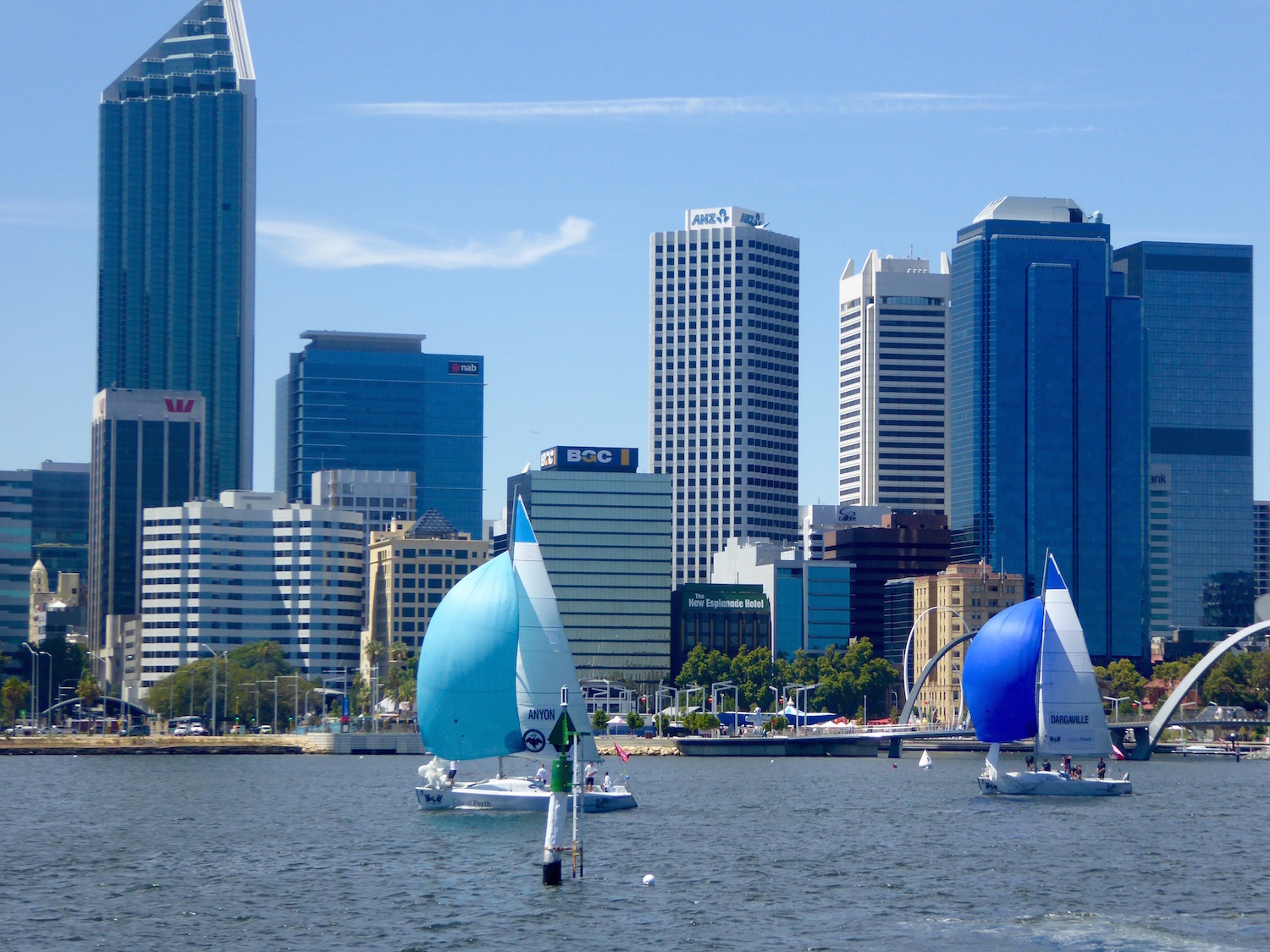 The Warren Jones International Youth Regatta, which takes place on City of Perth waters from 29 January to 2 February, 2018, is open to the world’s best youth sailors under the age of 25 years and offers driven young sailors a pathway to reach their match racing goals on the international circuit.

Many competitors at past Warren Jones International Youth Regattas have fulfilled their dreams of going on to compete at the highest level in all types of yachting regattas from Americas Cup, Volvo Ocean Race, Match Racing Tour events to Olympic sailing competition. Several of the competing skippers at last year’s event went on to compete in the World Match Race Tour last season.

The eventual winner of the World Match Race Tour in 2017 was Torvar Mirsky, a local sailor who won his first ever match racing event by winning the Warren Jones International Youth Regatta back in 2007, repeating that win in 2008.

Mark Spearman is one of three skippers representing Royal Freshwater Bay Yacht Club. He spent 2017 competing in the entire World Match Racing Tour as tactician for Neptune Racing. The highlight of the team’s year was being ranked number 1 in the World Sailing rankings and also finishing in the top five at three world tour level events. Mark and his team won the JESS Match Cup, which acted as a training warm up event a few days ago.

Also representing local host club Royal Freshwater Bay Yacht Club is Will Boulden. Over the past 12 months, Alpha Racing Team with skipper Will, has been competing hard around the world in open and youth monohull match racing events.

This included winning the Harken International Youth Match Racing Regatta, and also the OM International Grade 2 Event held in Italy. Alpha Racing Team has also been competing in the USA, where they finished 3rd in the US Grand Slam Series and 5th at the prestigious Governors Cup.

Ethan Prieto-Low and his team, Calypso Racing, also from (RFBYC), are back competing for a third year. Calypso Racing is a young crew with an average age of 19 years who have all progressed through from the Royal Freshwater Bay Yacht Club dinghy club and have now been sailing together for a couple years.

Ethan is an experienced keelboat sailor, and over the past 5 years has competed in a number of classes including campaigning an Etchells for the 2018 Nationals and a Dragon leading up to the World Championships in Fremantle in January 2019

There are three teams from New Zealand all competing on behalf of Royal New Zealand Yacht Squadron. Last year’s Warren Jones International Youth Regatta winner, Chris Steele has reached the age threshold for competing this year but in his place are three very accomplished young teams.

George Anyon placed fourth in the 2017 Warren Jones International Youth Regatta, George and his team are looking forward to coming back to improve on that result.

Prior to match racing, 18 year-old James Wilson raced in the 29er skiff class. James and team all started match racing through the Royal New Zealand Yacht Squadron's Youth Training Programme. Four of the competing team members have previously sailed together in a few events, most recently being the New Zealand Match Racing Nationals where they placed 5th. New addition, Zak Merton will be joining the team for the first time at this event.

Nick then went on to compete in the 49er Skiff class at an International level. Nick has been match racing through RNZYS Performance Programme for a season now and will be taking five RNZYS Youth Training Programme members from the RNZYS to the event with him. His crew is Sam Barnett, Jordan Stevenson, Charlotte Porter, George Angus and Mitch Jackson.

Another of the international competitors at this year’s event is Jelmer van Beek and his Team Dutch Wave from Vereniging Watersport De Twee Provincien – VWDTP, all the way from the Netherlands.

There are three teams from Sydney, NSW at this year’s event. Harry Price is the skipper of DownUnder Racing, currently ranked 4th in the open match racing rankings, representing Sydney Sailing Centre and the Cruising Yacht Club of Australia.

He most recently finished fifth on the World Match Racing Tour in 2017 and is also a managing partner of Sydney Sailing Centre which is Australia’s only dedicated catamaran training centre, owning two M32 catamarans in Sydney.

The young sailor intends to commence University in Sydney and focus on his Match Racing and keelboat racing with CYCA in 2018.

Clare Costanzo aged 21 years from Royal Prince Alfred Yacht Club – RPAYC, will be only the second female skipper in Warren Jones Regatta history with the last female skipper being Nicky Souter, also from RPAYC, way back in 2009.

Clare has been match racing since 2013 in State, National and International Youth, Women's and WIM series and Open Match Racing events. Clare is leading a team from the RPAYC Youth Development program for the Warren Jones Regatta.

This team of James Farquharson, Harry Hall, Harley Walters and Ryan Wilmot sailed for Will Dargaville at the regatta with Clare as floater/tactician.

Conor Nicholas is a local sailor from South of Perth Yacht Club. At age 19 years, Conor is one of the young guns of Australian Sailing Team. Conor built his reputation in the highly competitive Laser class, winning the World Youth Championship in 2015.

He is recognised as an astute tactician and has competed in the Warren Jones International Youth Regatta on two previous occasions, including as part of the winning Neptune Racing Team skippered by Sam Gilmour in 2016.

Conor is now part of the Australian Sailing Squad and has moved to the multihull ranks, sailing the Nacra 17, winning the European Championship in the Series 1 boats in July of this year.

The final wildcard entry is the youngest skipper at the event, Marcello Torre, who was the first of three teenage skippers sailing at the JESS Match Cup. Marcello is a local dinghy sailor who has been competing in the 420 class at the recent world championships in Fremantle.

The Warren Jones International Youth Regatta is part of The City of Perth Festival of Sail which includes a packed programme of sailing activities for all ages and levels of experience.