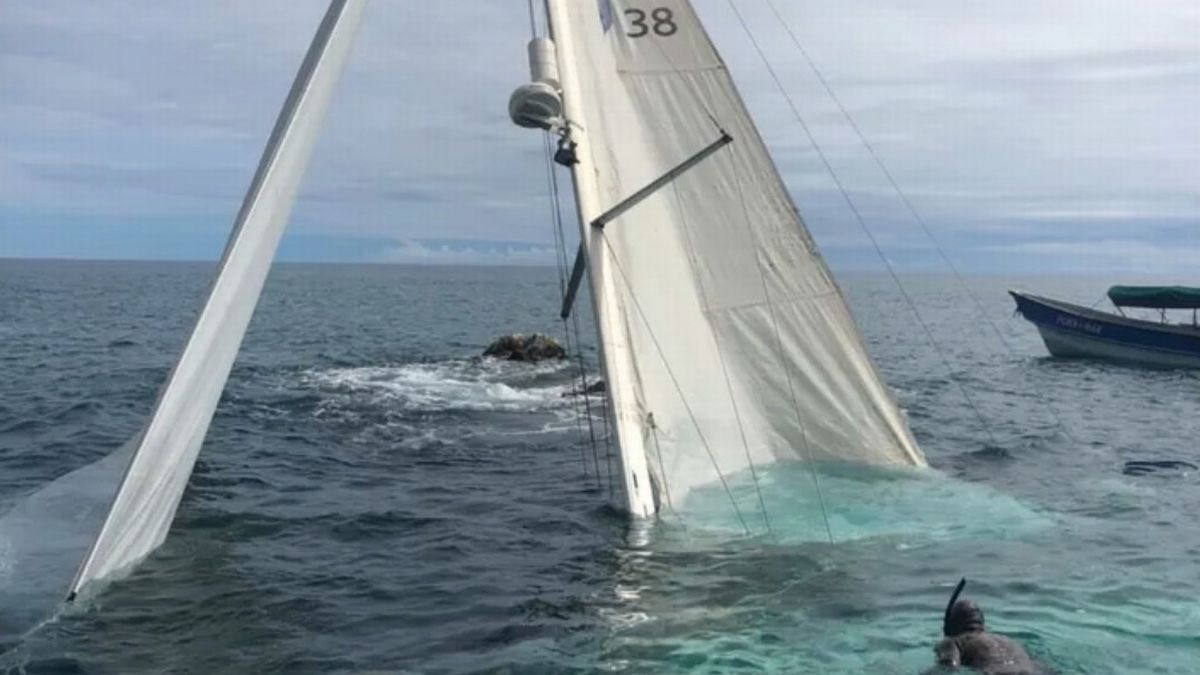 A solo sailor who fell overboard off the coast of Columbia was forced to swim ten miles in the dark to reach safety.

The man, John Deer, lost everything he owned after he “misstepped and went overboard” off his 40-foot yacht, according to a fundraising page set up to help him.

Almost ten miles from shore, Mr Deer helplessly trod water as he watched his boat sail off into the distance.

The yachtsman’s friend and the person behind the fundraiser, Fou Ruesch, recalled the dramatic moments.

“At the time he was 9 nautical miles, about 17 km offshore heading for a little anchorage near Border Town,” Ruesch wrote. “Knowing he would die if he started panicking he swam towards shore. It was 5 pm when it happened so it was getting dark too.”

To make matters worse, the sailor found himself in an area of ocean called “shark corner” due to its high number of predatory fish.

Mr Deer said he “couldn’t tell for how long he was swimming”, according to Ruesch, but remembers “reaching a pile of rocks and must have passed out after arriving safely but completely exhausted”.

Sadly, all his possessions were lost and his prized boat was discovered smashed after colliding with the rocks and sinking.

Mr Deer had been sailing from Cartegena, Colombia, to Panama’s San Blas Islands. The voyage usually takes about 30 hours.

Ruesch continued: “The next morning he flagged down a local fishing boat who took him to the authorities and tell his story. They found his boat Julieta washed up on the rocks, completely submerged. Sails still up.

“Everything John owned was on this boat. What’s left is the shorts and shirt he wore while it happened.”

The fundraiser is aiming to help Mr Deer by raising the money to cover the costs of salvaging his beloved boat. The funds will also help the stricken man “get his legal documents back and travel back home to his family,” Ruesch added.

Ruesch, said it was unclear how much the salvage operation would cost, but that it could be in the “hundreds of thousands”.

They added: “At this point we have no idea what it will cost, but I know it’s not cheap and penalties, if you don’t salvage a sunken boat can be in the hundred thousands.

“Let’s show John some support. Just know, every single Dollar, Euro or Swiss Frank will make a huge difference to John. He is stranded in a foreign country with absolutely nothing left.”

The GoFundMe page can be accessed here.