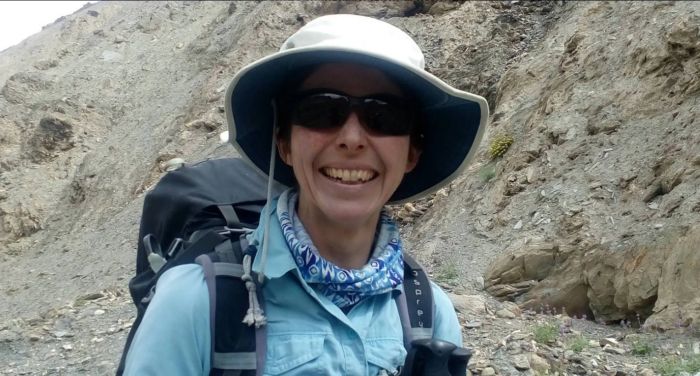 Australian mountaineer Ruth McCance is believed to be missing in India. Credit:Facebook

Indian authorities have conceded that there is little hope of finding alive a Sydney woman who was part of an eight-person mountaineering party which failed to return to base camp at Nanda Devi, the second-highest mountain in India.

Ruth McCance, a British-born Sydney resident who races Ynglings out of Royal Sydney Yacht Squadron, is an experienced climber. Her husband, Trent Goldsack, told the Sydney Morning Herald, “She had prepared for this well. She'd been preparing to do this for years. It's not her first time in that area.

“For her, it wasn't about ticking a box. She has a real passion for the mountains and being out in wild environments. And she likes to extend herself … that's what was important to her. This was within her capabilities. She had no desire to climb [Mount Everest at] 8000 metres.”

On Sunday evening local officials confirmed that a first helicopter reconnisance had spotted “only tents… but no human presence”.

Yesterday, reports came in that Indian air force pilots have spotted five bodies and tracks that finished at the site of an avalanche.

District Magistrate Doctor Vijay Kumar Jogdande says the bodies were found on Monday before a rescue operation in the northern state of Uttarakhand was suspended because of heavy snowfall and high winds.

Jogdande says an operation to find the other three mountaineers will resume on Tuesday. He says officials are consulting the Indian army on how to retrieve the bodies.

Ruth McCance sails a Yngling named Evie, in which she won the NSW Championship in 2017, sailing with Sara Ladd and Russell Ford.