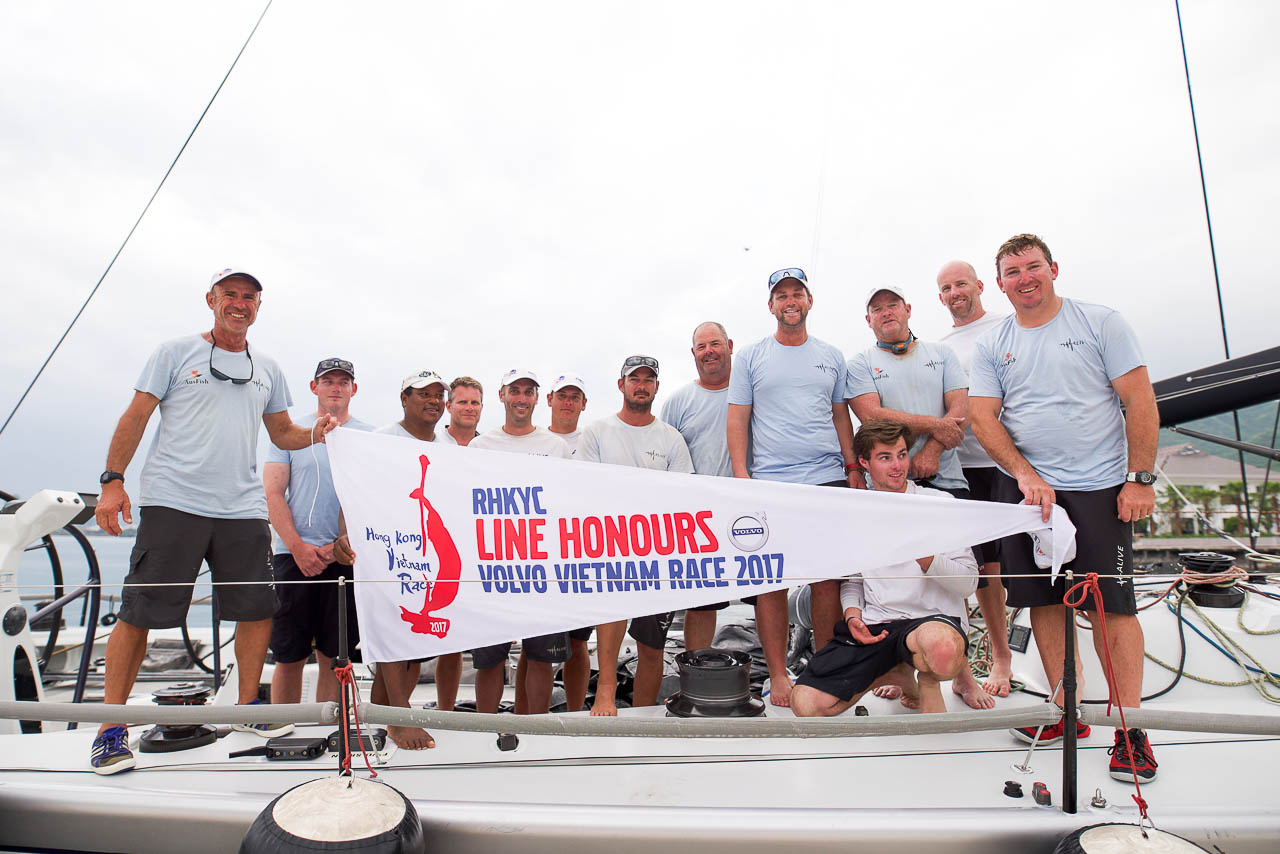 Michael Lunn’s Azuree 40 Lion Rock was the final boat to sail into Nha Trang, Vietnam this afternoon at 13h 45m 45s, putting her in 4th place in IRC Racer 1 division.

Duncan Hine, skipper of Line Honours Winner Alive a Reichel/Pugh 66 which arrived on Friday afternoon at 15h 31m 36s with an elapsed time of 50h 11m 56s summed up their race, “It was a lot of fun; we had a good time.  There wasn't quite enough breeze to surf all the way but it was enough to blow out our A3/4 which meant that we didn't VMG run as well as we would have liked to so we had to change our race route – we did a few extra miles.  No real lows of the race; we didn't wipe out or anything.  It was wet but it was wonderful.  I always tell all the guys, don’t bring your pants with you; a light jacket is all you need and that was definitely the case this time.  A lot of the fellas didn't put on a jacket.  There were too many highs in the Race to mention.  The Race is the best this is our second-time racing in it and I'm sure we will be back.”

2nd IRC Overall winner and winner IRC Racer 1, Joachim Isler, who co-owns Mills 41 Ambush with Drew Taylor – and who is also Volvo Hong Kong to Vietnam Race Chairman – said: “It was a fantastic ride on Ambush; we had boat speeds averaging around 15 to 18kts and sometimes exceeding 20kts.  Great crew work and a lot of enjoyment on a very fast boat.  We are very happy with our result and very happy with the Race.  We had great results with the IRC Racer 2 division starting a day early; I think the staggered start concept will hopefully bring more interest from the smaller boats. Again, the Race is bit of a hidden gem in the offshore racing world and I hope that it gets more positive exposure and we see more entries in the future.  Judging from the big smiles we see from fellow competitors in Nha Trang, I hope that the word of mouth will bring in more boats for the next edition.”

Ambush co-owner Taylor who has only missed one Hong Kong to Vietnam Race since its establishment in 1996 added, “It was another brilliant race down here.  It's obviously still one of the best ocean races there is to do around the world.  We had a great run sitting on high teens and 20kts for a long time.  The format is also fantastic, its great having the smaller boats arrive around the same time and hopefully that will encourage more boats in the future.  It is as I said, just a great race!”