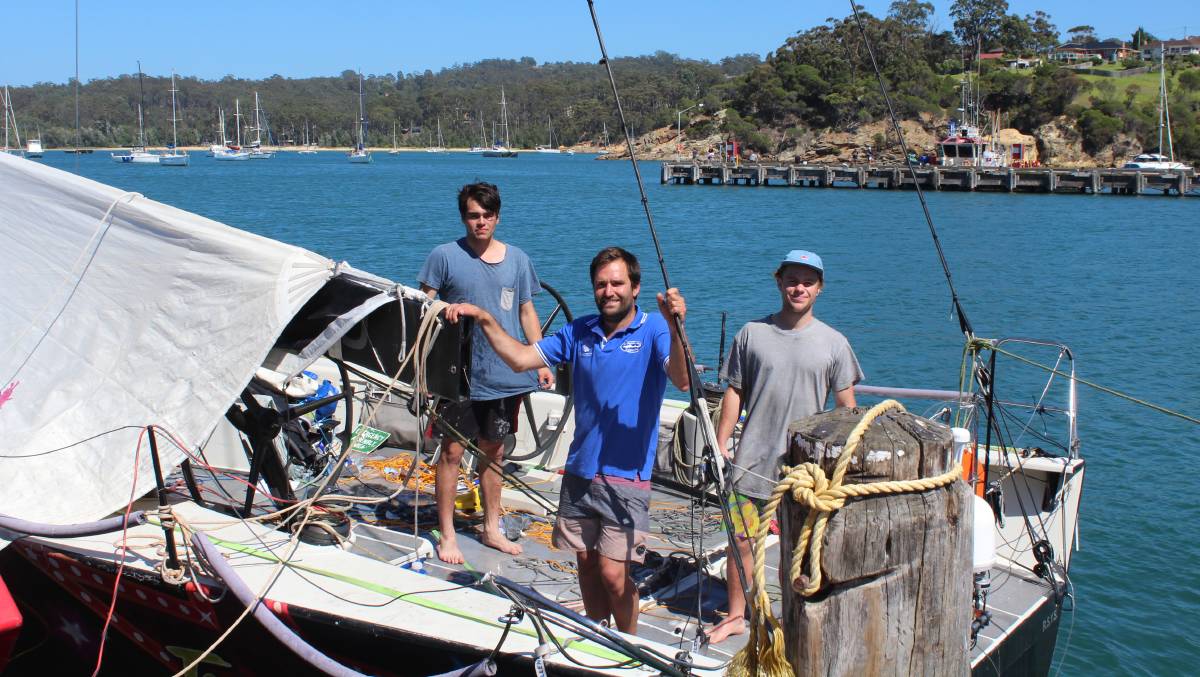 A yacht that was sinking in Bass Strait after hitting a sunfish is now in Eden awaiting repairs.

Allan Barnett, from Allan Barnett Fishing in Bridport Tasmania, received a call to pick up an abandoned yacht, the Hollywood Boulevard, on Tuesday night, January 16.

The yacht is owned by Australian yachtsman Ray Roberts and was returning from Hobart after competing in the Rolex Sydney to Hobart yacht race.

The six crew were rescued on January 14, 150km east of Flinders Island.

Mr Barnett was instructed to tow the yacht  to the Port of Eden, the closest and safest port from the vessel.

Read the rest of the story here.