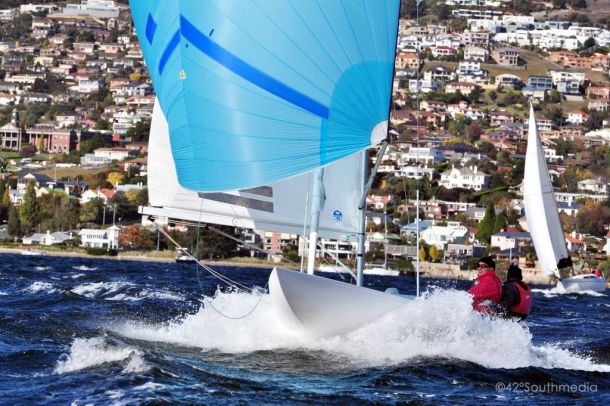 Four of the six Elliott 7 sports boats recently acquired by the Royal Yacht Club of Tasmania have been chartered by members for the short-handed series, also known as the ‘world championship of two-handed yacht racing’.

With entries now totalling 73 boats, it is the biggest short-handed sailing regatta in Australia, with a fleet of 50 contesting today’s race, sailed in a chilly 16-18 knot south-westerly breeze with gusts of 25 knots coming off the mountain.