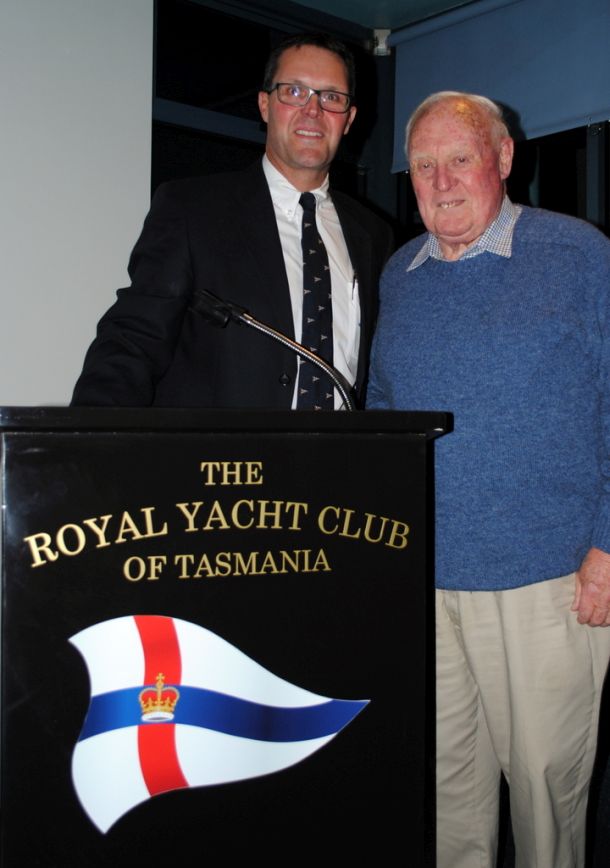 Newly elected Commodore of the Royal Yacht Club of Tasmania

History was made at last evening’s 134th Annual General Meeting of the Royal Yacht Club of Tasmania – for the first time a son has followed his father in being elected Commodore of Tasmania’s senior yacht club and two women have been elected as Vice Commodore and Rear Commodore.

Matthew Johnston has been elected Commodore, a position his esteemed father, RYCT Life Member Rowan Johnston, held from 1978 to 1981.Commodore Matthew Johnston was elected in a ballot, moving up from the position of Vice Commodore he held for the past two years.

Commodore Johnston has been an active sailor all his life, having started as a junior in 12’ Cadet dinghies and progressing through various dinghy and one-design keelboats, as well as racing offshore, along the way.

He was part of the late Bruce Calvert’s winning crew of the Dragon class yacht Jock Robbie in the prestigious 1997 Prince Philip Cup.

He recently sailed in the SB20 world championship in Italy in the Tasmanian yacht Export Roo, skippered by Board member Michael Cooper. Export Roo placed 10th in an international fleet of 92 yachts.

The new Commodore is heavily involved in the export marine industry as Managing Director of the Tasmanian-based, internationally recognised Muir Engineering Group. He has been a senior member of the RYCT since 1985.

Commodore Johnston succeeds Richard Batt who had also continued a family tradition in Club leadership, his grandfather having been Commodore and his father Vice Commodore.

Vice Commodore Tracy Matthews moves up from her role as Rear Commodore for the past two years. She has been a member of the Club for almost 20 years and as a prominent Hobart chartered accountant and company director has made a significant input into the financial management of the Club.

Rear Commodore Claire Cunningham has been sailing since a 12-year-old and has represented the RYCT in a number of teams racing nationals, culminating in captaining the second RYCT team to represent Australia at the World Teams Racing Championship held by the New York Yacht Club in 2005. She has also raced offshore. The new Rear Commodore has been a Director of the RYCT since 2012 and has served on a number of committees.