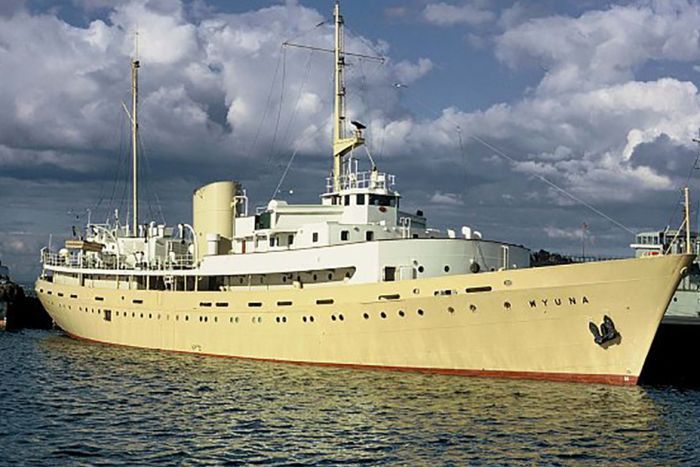 Following a report on ABC News, which was posted to this website and included in our twice-weekly newsletter on October 24, it appears that the historic pilot cutter Wyuna will be saved. The ABC provided the following update:

Australia's last remaining pilot cutter vessel appears to have been saved from the scrap heap after thousands of dollars in donations were made in the past week.

Owners of the former Australian Maritime College training boat the MV Wyuna have been trying to raise $12,000 to move the boat back to Melbourne before it was due to be seized by Tasmanian authorities.

The 64-year-old cutter has been stranded in the Tamar River at Launceston for more than a decade after various owners, including Clive Palmer, failed to follow through on business plans to move it.

The final significant donation was made on Wednesday morning by the Fraser family, whose father Roderick Alexander Fraser captained the boat in the 1960s when it was housing maritime pilots in Victoria's Port Phillip Bay.

Mr Fraser's daughter Morag said it was important for her and her two brothers Roderick and John to help preserve an important piece of Australia's maritime history.

“That's what that boat did, for the risk of people's lives and also with the guarantee you were saving lives too.

“It's just part of the history that I think we should know about and the Wyuna is a symbol of that.”

The Wyuna was originally used to house maritime pilots off Port Phillip Bay who would then help other vessels navigate through the difficult waters. In 1979 it was sold to the Australian Maritime College in Tasmania and to teach thousands of students.
Beyond the classroom Wyuna was used as a support boat in Australia's 1987 America's Cup defence in Western Australia, and in four Sydney to Hobart yacht races.
Read the rest of the story and see a video of Wiruna providing support in the Sydney Hobart by clicking here.