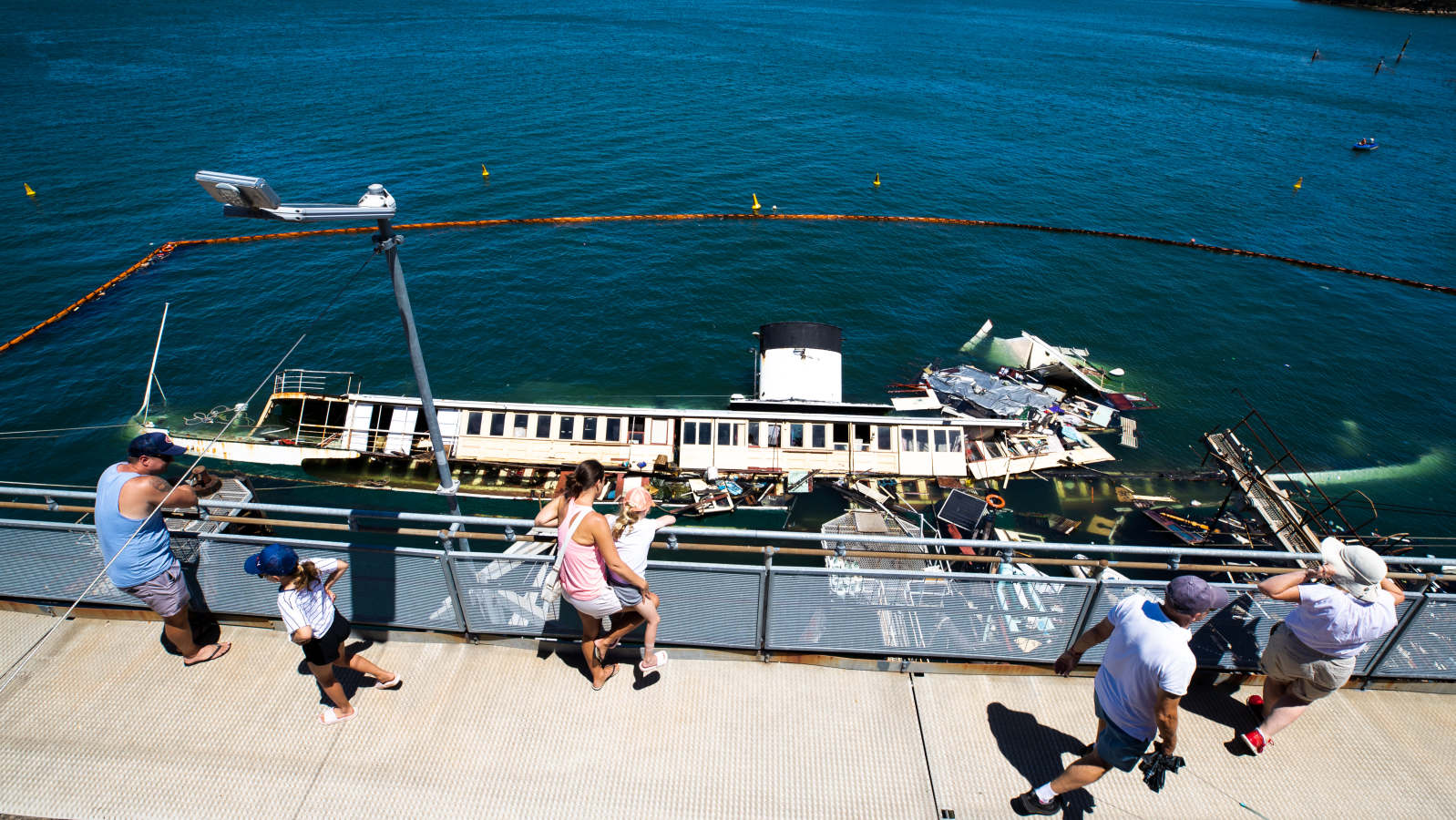 Planning is under way for a salvage operation to pull the vessel from the water. Pic - Edwina Pickles

A historic former Manly ferry has sunk in Sydney Harbour, following a decades-long push for the dilapidated vessel to be restored.

The 99-year old MV Baragoola began taking on water at its mooring beside the Coal Loader at Balls Head Reserve in the lower north shore suburb of Waverton about 10.30pm on Saturday, police said.

A NSW Police spokeswoman said two people on board the boat at the time had called NSW Fire and Rescue to help them pump water from the vessel, before the pair fled to safety on a small boat. They were not injured.

For the full story, see: https://www.brisbanetimes.com.au/national/nsw/historic-former-manly-ferry-sinks-in-sydney-harbour-20220102-p59lar.html?ref=rss&utm_medium=rss&utm_source=rss_feed