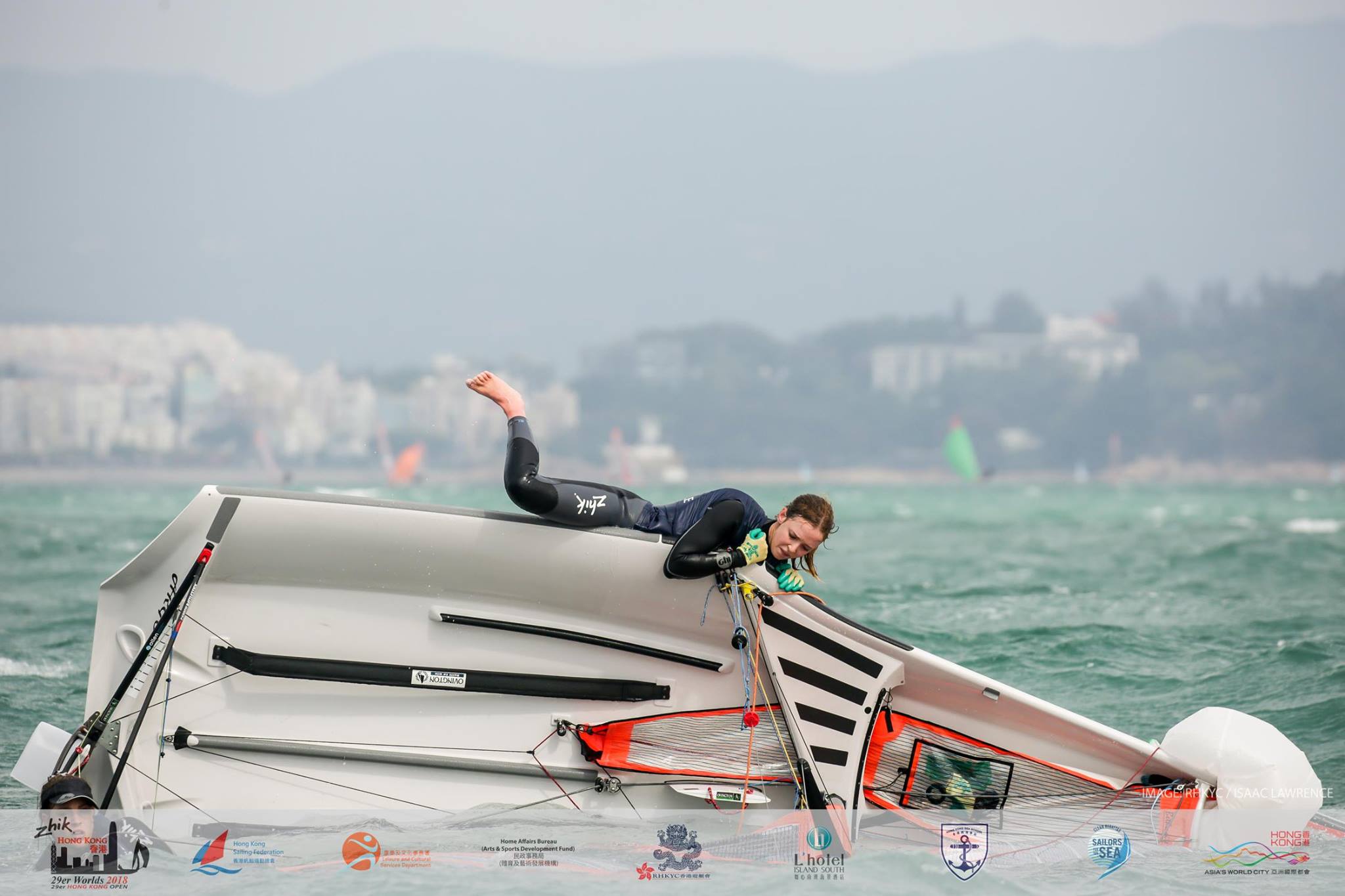 Chaos in the high winds at the 29er Worlds in Hong Kong.

Racing was cancelled on Day 1 due to the breeze that was consistently above the threshold of the 29er Class wind limit with gusts up to 41kts.

The cliché of “It's never like this” seemed to be the most common phrase heard among Hong Kong's local sailors and with 30 – 40kts reported overnight at Waglan Island, there looked like there could be further postponements for today, Day 2.

Today however, sailors were only held on shore for a short time whilst the breeze weakened slightly before making their way to the race course located off Stanley.

The breeze across the race track varied from 15kts at the sheltered top mark in Stanley Bay to 22kts (with gusts close to the 25kt wind limit) at the start area located closer to the channel, resulting in some epic capsizes as the fleet rounded the gate marks.

Four qualifying races were held today for both the Yellow and Green Flights, there was some very close racing among the top boats.

Going into Day 3 of the qualify series in first is FRA2 Benjamin JAFFREZIC and Leo CHAUVEL with eight points followed AUS6 Lachie BREWER and Max PAUL on 10 points and NZL12 Francesco KAYROUZ and Jackson KEON on 11 points.

The final day of the qualifying series will take place tomorrow with each fleet sailing four races before they are split into Gold and Silver fleets.