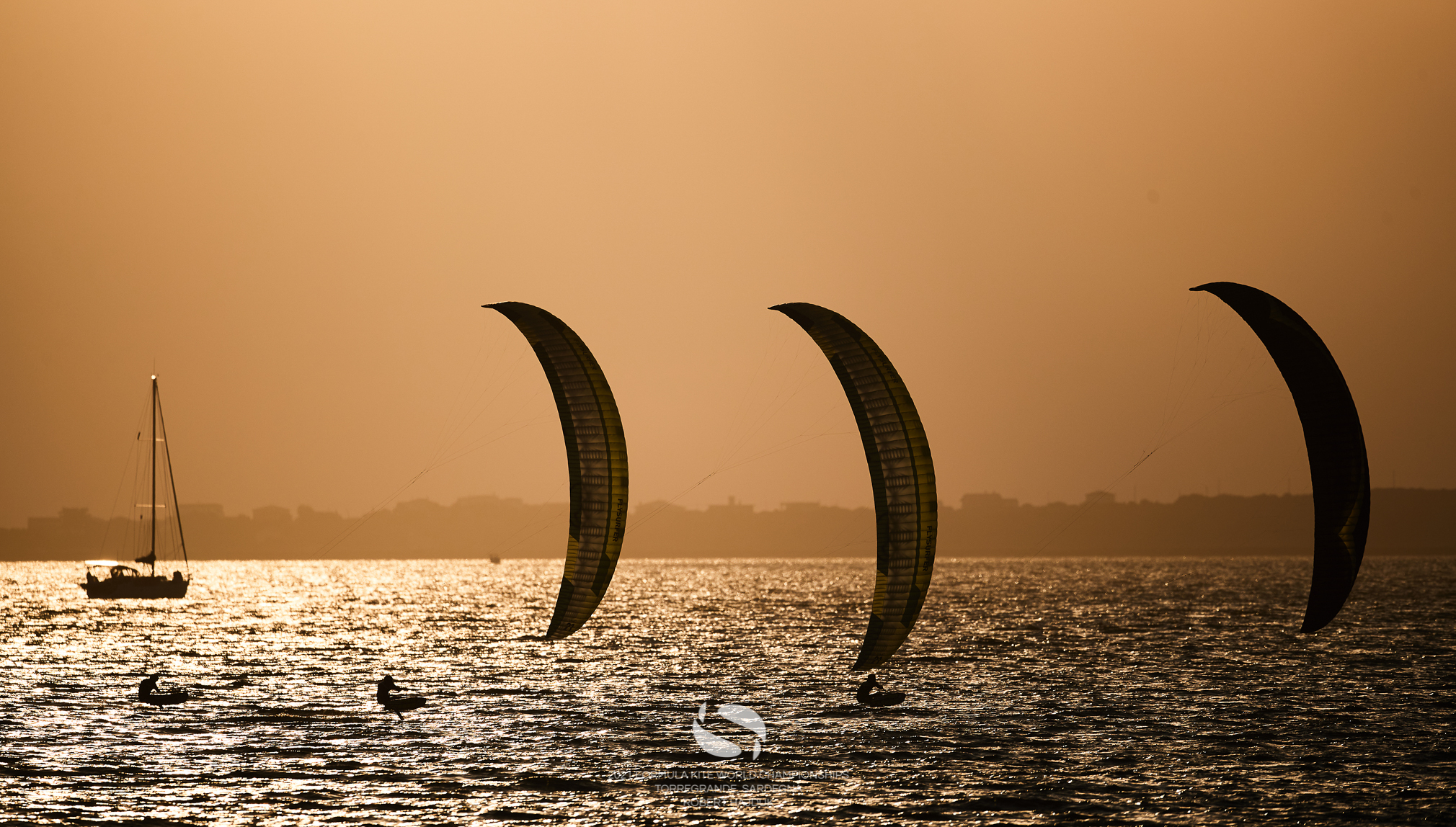 The world’s fastest kite board racers are set to battle for the coveted Formula Kite World Championships on the Italian island of Sardinia, marking the start of the countdown to kiteboarding’s Olympic debut at the Paris 2024 Games.

Over five days that promise high-intensity action, the biggest kite foil fleet ever will go head-to-head on the flat waters off Torregrande.

The stunning Gulf of Oristano, a marine conservation area ringed by pristine beaches and spectacular hills, will serve as a fitting backdrop for this high stakes kiteboard contest; competitors fuelled by Olympic ambitions.

National teams, in greater numbers than ever, endured the challenges of the pandemic to journey to Sardinia, the first steps in their quest for medals. Worldwide interest in kite foil racing has exploded, ultimately transforming the event and the level of competition.

The organisers of the International Kiteboarding Association (IKA) 2021 Formula Kite World Championships in Torregrande, supported by the Region of Sardinia and the City of Oristano, grasped the world championships as an unrivalled vehicle to project the area on the international stage.

Eddy Piana, the event organiser, relished the challenge of staging such a pivotal regatta, despite the obstacles thrown in his way by the pandemic, which forced the cancellation of the Formula Kite Worlds last year.

“This for us is a great opportunity,” said Piana. “It gives us a chance to show the world the beauty and also the potential of Torregrande and Oristano. It’s a perfect place for this kind of sports.”

Wind sports like elite kite foiling, are an ideal way to promote the importance of sustainability and conservation. The racing area for a week happens to be a Marine Protected Area (MPA) that encompasses 20 kilometres of coastline and several islands.

The MPA, the second largest in Italy, is a vital habitat for posidonia sea grass that acts as a breeding ground for fish in the gulf, while also protecting the shoreline from erosion.

“We work closely with the MPA because it’s vital to promote these sports that are sensitive to nature and the environment,” said Sergio Cantagalli, the event’s sporting director. “It really helps raise awareness about conservation and sea culture, and encourages respect for the ocean.”

For the resort, perhaps less-celebrated than others on the Mediterranean island, hosting the world championships is a source of pride and a chance to give something back to the community that has been highly supportive.

“We’re proud and also excited,” said Cantagalli. “There are a lot of challenges and sometimes you feel tension because of the importance of the event and the enormous responsibility of hosting it. But it’s fantastic to bring something of such magnitude here. The local people have really supported us, so when we’re able to give something back to the community, it’s very motivating.”

A total of 138 athletes – 89 men and 49 women from 34 countries and six continents – will take to the water to battle for the men’s and women’s World Championship titles.

The reigning women’s champion, American Daniela Moroz, is pumped to get the chance to defend her title. The 20-year-old hopes to make it a remarkable fifth successive crown, such is her dominance.

This time Moroz is part of a US team of six athletes who have the support of two coaches and a physio, reflecting how the stakes have been raised by kiteboarding’s Olympic inclusion.

“I’m really excited to be here,” said Moroz. “I really want to make it five titles. But it’s a big field of girls and it’s so competitive. There are lots of new countries who have built up their teams, with so many new faces. It’s great for our sport. I feel super good, super prepared. But I definitely feel the pressure. It’ll be cool to see how the competition plays out.”

Moroz will find herself up against France’s Lauriane Nolot, 22, competing in her first world championships. She has burst onto the kitefoil racing scene in the past two years and joined the French team, with 21 athletes in Torregrande, reflecting its importance in the run up to Paris 2024.

“I’m so excited”, said Nolot. “It’s my first world championship and I hope I’m going to win. I’ll try not to put too much pressure on myself, but there’s a quota for the national team which is dependent on this competition. It’s huge, really important for the French sailing federation.”

Countryman Axel Mazella is another who looks well placed to challenge for the title, fresh from back-to-back victories against the world’s best racers at the IKA KiteFoil World Series.

“I’m really looking forward to it”, said Mazella. “In my mind it’s just another competition. I don’t want to think about it as the world championships and the biggest competition of the year. I’m just trying to keep calm and treat it like any other competition, because it’s going to be intense.”

All the action on the climactic final two days of regatta on Saturday and Sunday will be livestreamed on Facebook.