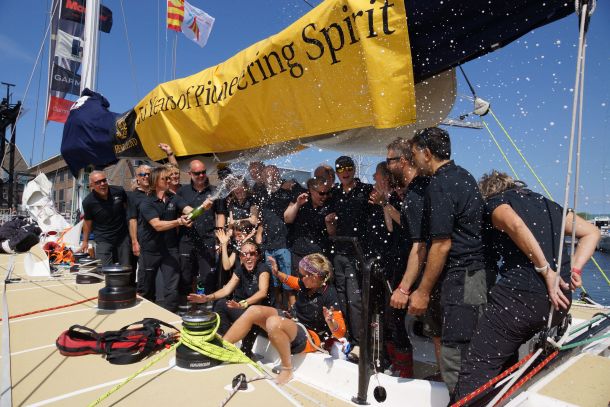 Henri Lloyd has won its fifth race of the Clipper, the leg from Derry-Londonderry to Den Helder, The Netherlands, the fleet’s penultimate stopover before the London homecoming.

The win is the team’s ninth podium overall and Canadian skipper Eric Holden and his crew have secured enough points to be unbeatable in the series. They will look forward to being officially crowned champions of the Clipper 2013-14 Race in London on 12 July.

Henri Lloyd skipper Eric Holden said it had been a very stressful race with wind holes, strong tides, busy shipping lanes and oil rigs to look out for.

“We knew we had a good position but that anything could happen and we could have got stuck in a wind hole at any time, and gales were also a concern.

“We followed our same strategy where we are always in the hunt nipping at the heels of the front pack and then waiting for an opportunity to make our move. You have to be ready.

“First comes relief then elation will come after, but right now its exhaustion and we are happy it’s over,” he added.

Skipper of Old Pulteney, Patrick van der Zijden, said: “We really wanted to win after the comeback we made in the last race, and to get second place into my home country was extra special.”