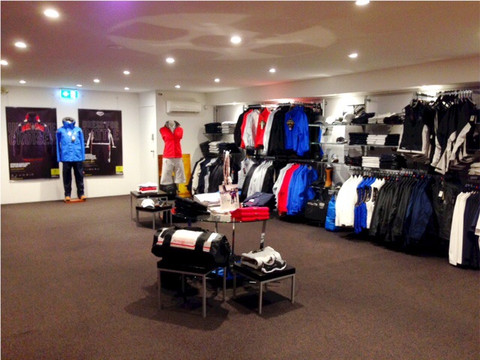 For over 50 years, Henri Lloyd have been developing gear specifically for sailors to go further than ever before.

Now for the first time, the entire Henri Lloyd Australia marine collection is available to touch, try and purchase at the Henri Lloyd Crows Nest signature store in Sydney.

The offerings span from the award winning Elite Offshore range, to the high performance specialist Phoenix Sports Keelboat gear all the way down to Fast-Dri t-shirts, polos and shorts. Whether heading off to complete an ocean crossing, coastal boat delivery, round-the-cans harbour racing or just simply like to mess around in boats there seems to be something for everyone on display.

Mr. Henri always focussed his business on new technology in sailing clothing. The company introduced a number of design firsts which are now accepted as industry standards including: the first ever Bri-Nylon garment with hand taped seams, the first integral safety harness and the first non-corrosive zip and the use of Velcro as a closure on garments.

From the very beginning, Henri Lloyd has partnered with those who pushed the boundaries, Sir Francis Chichester, Sir Robin Knox-Johnston and others synonymous with exploration and sailing. Henri Lloyd has been technical clothing partner to the Clipper Round the World yacht race since 2002 and Henri Lloyd's own yacht, Henri Lloyd Pioneering Spirit, celebrated a win in the 2014 Clipper race.

Closer to home and after almost a decade-long partnership with Wild Oats X and XI, Henri Lloyd technical performance sailing gear has been there to protect the crew right across their eight line honours wins and history making results in the always epic Rolex Sydney Hobart Yacht Race.  Sir Ben Ainslie, Olympic gold medalist saw in Henri Lloyd the ideal partner to develop and deliver the technical inshore racing clothing required for his crew, BARacing, aboard the foiling AC62 multi-hulls to contest the 35th Americas Cup.