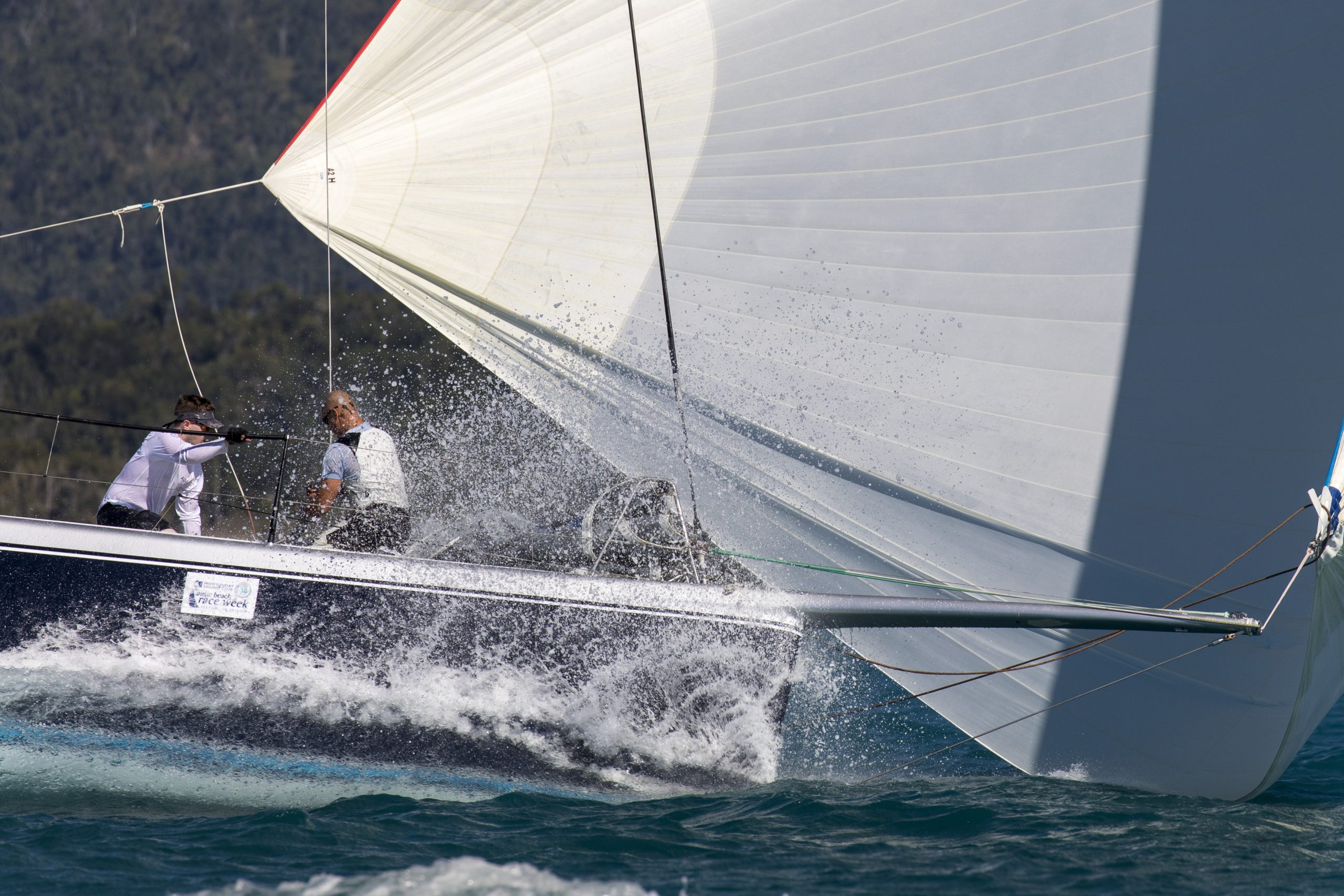 A trio of past Sydney Hobart winners in Geoff Boettcher, Darryl Hodgkinson and Phil Turner, along with yachting champion Marcus Blackmore, are among the heavy hitters heading north to race in the IRC Passage Division at the 33rd running of Airlie Beach Race Week, to be held from 12-19 August, 2021.

Boettcher has updated his boat a couple of times since winning the 2010 Rolex Sydney Hobart and will arrive with his latest TP52, which in keeping with the theme of his former yachts, is named Secret Mens Business (SMB).

The South Australian purchased the 2017-built TP52 formerly known as Rio, in January, and finished third under IRC to Ichi Ban and Hooligan in the Adelaide to Port Lincoln race after claiming top place in Adelaide’s Premier Cup.

“It’s in good shape, the boat. We were in front of Ichi Ban at times in the Lincoln Race, but they beat us. The boat didn’t let us down, we let it down,” Boettcher said.

He is currently going through the motions of doing some fine-tuning to SMB ahead of taking on his rivals at the Whitsunday Sailing Club’s annual Airlie Beach Race Week Whitsundays Festival of Sailing.

“We’re working on the boat at the moment. We’ve found where it was wanting; it’s not as good in heavier air as we originally thought. We’ll be in good shape with a good crew coming to Airlie where we hope to see a few more TP52s.

“Airlie will give us some great practice for the Australian Yachting Championships at Hamilton Island. Everyone’s been a bit short on events to get up to speed this past year.”

Darryl Hodgkinson is also racing a different yacht to that which won him the 2013 Sydney Hobart. The newest Victoire, a Carkeek 40, also has its share of runs on the board from various events.

“It’s very good in enclosed waters,” Hodgkinson said of Victoire. “We’ve done a lot of work on the boat; to the mast and equipment. We had a fairly good end of season last year and we won at the Sydney Harbour Regatta in March,” Hodgkinson commented.

The NSW yachtsman last competed at Airlie Beach Race Week in 2018 and professed, “We’re looking forward to coming back because the courses are well-designed and you usually get a good variety of conditions. You also get a good variety of accommodation and restaurants. It has a good atmosphere for all concerned.”

Phil Turner’s Alive (Tasmania) won the Sydney Hobart in 2018 and is returning with usual skipper, Duncan Hine, at the helm. The Reichel/Pugh 66 will be joined by Marcus Blackmore with his new luxurious superyacht, Ammonite, which will make her major regatta debut at Airlie Beach.

The four yachts will be joined by other well-known yachts currently entered in the IRC Passage division: Carrera S (Gerry Cantwell) and Ponyo (David Currie) from Victoria, along with Sail Exchange (Carl Crafoord) from NSW.

Whitsunday Sailing Club (WSC) is expecting a sizeable fleet as it celebrates 50 years operation, which began on the point in Pioneer Bay on April 2, 1971. Entries to-date across all divisions have been received from Queensland, NSW, South Australia, Tasmania and Victoria.