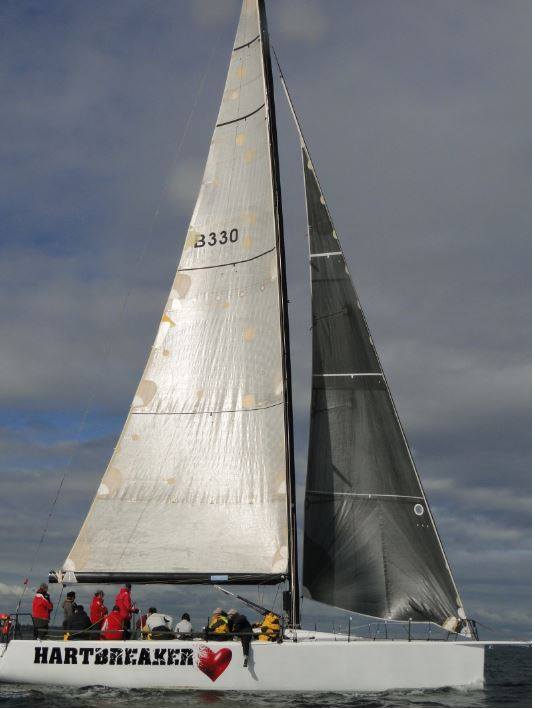 We knew it would be a late night and we weren’t wrong. The wind gods played silly buggers with the King Island fleet and the line honours were taken at 01.37 am, with the last yacht coming in at an eye watering 05.29. It was neck and neck for the first boats in with literally ten minutes difference.

That didn’t stop a darn good party kicking off – they were dancing and singing till dawn and I believe some of the die-hards are still going!

So who won what and when?

Hartbreaker (Tony Walton) took line honours, getting across the line at Grassy Harbour for 01.37 and received a great welcome from the RBYC cruising group, most of whom he sails with. Extasea (Paul Buckholz) came in 2nd at 01.46 so that was a darn close race, between two very competitive skippers. Charles Meredith’s big cat Peccadillo, got in at 02.04 for a close third, closely chased in by One for the Road (Gary Prestedge) at 02.37.  After this we had a yacht come in every half hour, keeping the locals busy ferrying them in on tenders. Each and every crew was greeted by massive cheers and hugs. They are a fiercely competitive mob but they sure know how to party once the anchors dropped.

So, well done to all the skippers and crews who made it through a long night, most are heading back to Melbourne as we speak, to be greeted at their home clubs.