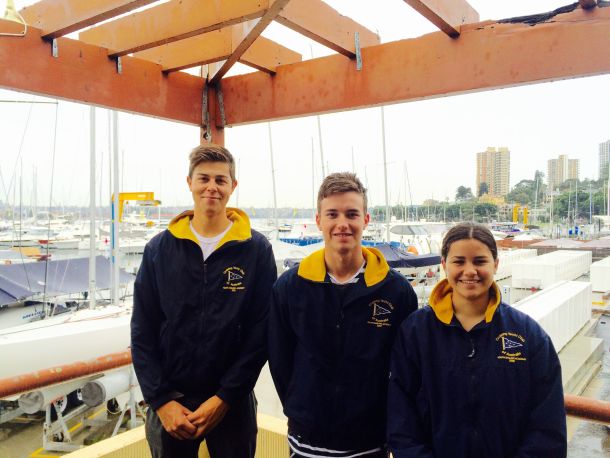 Harry Price will skipper the CYCA team with Angus Williams and Tara Blanc-Ramos selected to crew in the Governor's Cup at the Balboa Yacht Club, California.

Price has been sailing with the Youth Sailing Academy (YSA) for three years and recently claimed the Australian Youth Match Racing Championship in convincing style and is looking forward to the event.

“I have been working towards this event for the last couple of years and I’m pretty keen to experience it,” Price said. “We will head over there with some confidence; I have sailed with Angus quite a bit but not so much with Tara so it should be good. It's a great opportunity and I’m looking forward to representing the CYCA.”

Price and his crew will be striving to improve on the efforts of last year’s CYCA representatives skippered by Murray Jones who finished eighth.

“The Governor’s Cup is a fantastic event for sailor development and it is great to once again have the CYCA represented alongside two other Australian teams this year,” commented CYCA Sailing Manager, Justine Kirkjian. “The event has come a long way and it plays a pivotal part in our Youth Sailing Academy Program which is evolving and producing quality sailors. It is a great opportunity for the CYCA to be represented on a world-wide stage and for our Academy participants to experience that level of competition.”