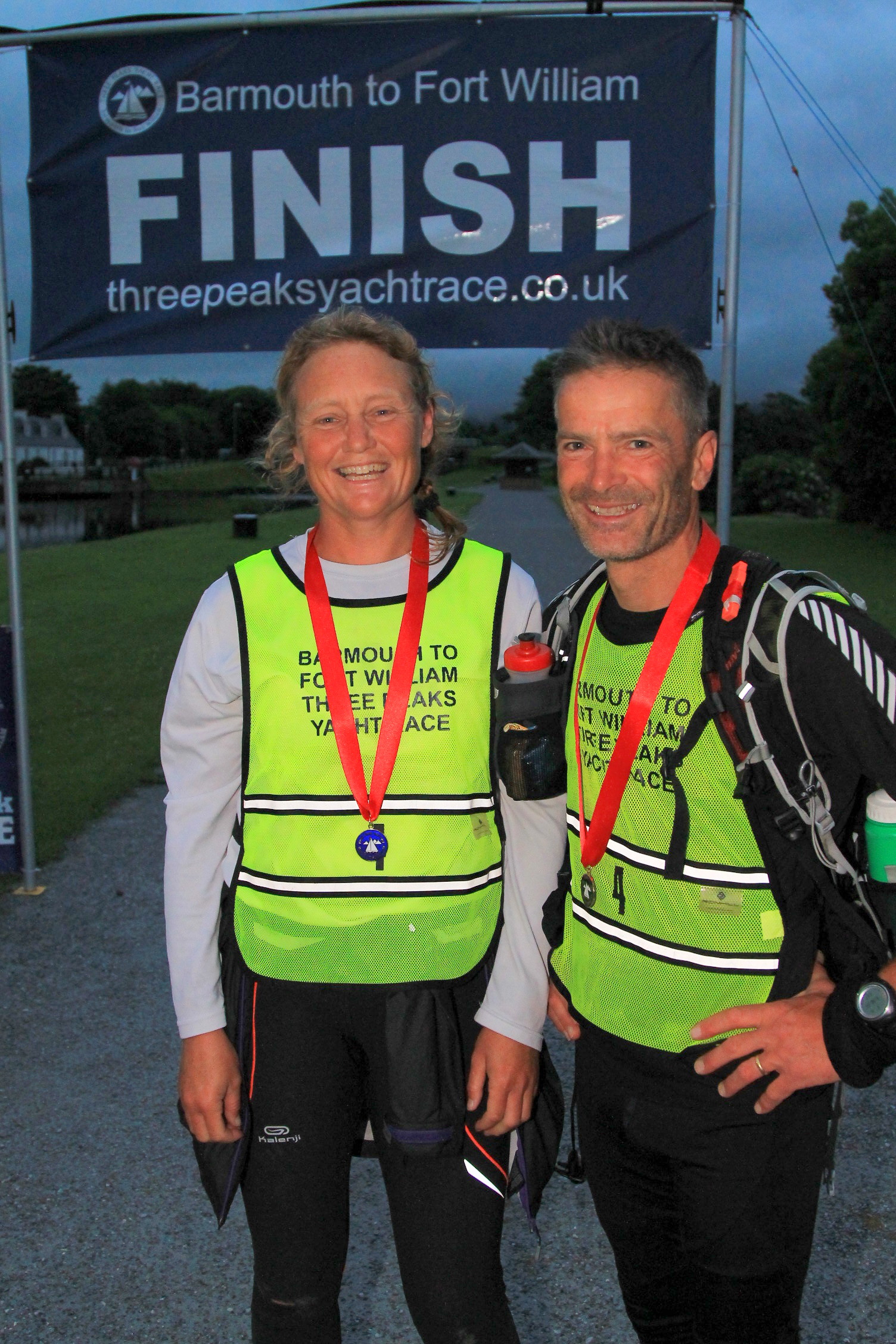 The 40th Barmouth to Fort William Three Peaks Yacht Race in the United Kingdom was full of drama, adventure, close racing, elation and disappointment – and that is the nature of this iconic race which was described by competitors as, “the essence of adventure racing, an amazing race which is quite unique and immeasurably interesting.”

There were also new levels of achievement and endurance in the race, with Pip Hare and Charles Hill becoming the first to ever complete the race double-handed.

Race entries normally have a crew of three for the 390 miles of varied and challenging coastal sailing, plus two specialist fell runners for the arduous ascents of Snowdon, Scafell Pike and Ben Nevis, a total distance of 72 miles of running, 40 miles of cycling and over 14,000 feet of ascent.

Hare and Hill decided to take all this on by themselves. Sailing double handed in the J120 Nunatak as team ‘Hare Hill’, they completed all the mountain stages together.

It was an epic challenge to take on, and they completed it in style, crossing the line second and finishing in 5th place overall. Their final overall time was 4 days 14 hours and 10 minutes, and on the three mountains they took 21 hours and 5 minutes.

When I asked Hare to sum up the experience, Hare said, and with some emphasis, “Hard. I really wanted to see if it could be done and have been thinking about it for some time. It was physically very hard to have the runs one after the other, but I enjoyed being in the mountains, really I did.

“I think we had two or three hours of broken sleep a day. It was more difficult in the light winds. You would think it’s the opposite, but with little wind you have to be making decisions and trimming all the time.

“Even when we went to our bunks we were always being called up by the other one for some reason. It didn’t help that for the first two legs the auto-pilot broken as well.”

Race Director Meic Ellis said of their achievement, “Pip and Charles have shown that the race can be taken to a new level of extreme skill and endurance – for those who are strong and brave enough. They have written a new chapter in the long and rich history of the Three Peaks Yacht Race.”

In a close race in light wind conditions it was the HOD 35 ‘White Cloud’, skippered by 72 year old John Donnelly, who took line honours – the first time he has done so with his own boat after many attempts.

The race was won on IRC handicap by the J92 Moby J, skippered by Martin Pound and crewed by Deb Fish and Richard Bland. They finished with a corrected time of 4 days 4 hours 24 minutes to claim a first overall win for Pound after nine attempts.

“It’s been very exciting,” Pound said. “All along no one really knows who is winning on handicap. You just have to do your best and get on with it.”

His runners, Muir Morton and Tom Bush, also won the ‘King of the Mountains’ title with a final aggregate time for all three peaks of 14 hours 41 minutes and their running times played a key part in the win.

The Tilman Trophy for all round performance was won the Team Ajax, a military team from the Royal Yeomanry and the Queen’s Own Yeomanry, sailing a J109 owned by the Royal Armoured Corps Yacht Club and skippered by Matt Cattell, who is the RACYC Boatswain. They finished 5th overall and succeeded in putting all 5 of their team on a mountain summit.

Next year’s race will take place on June 9th and entries are now open at: www.threepeaksyachtrace.co.uk