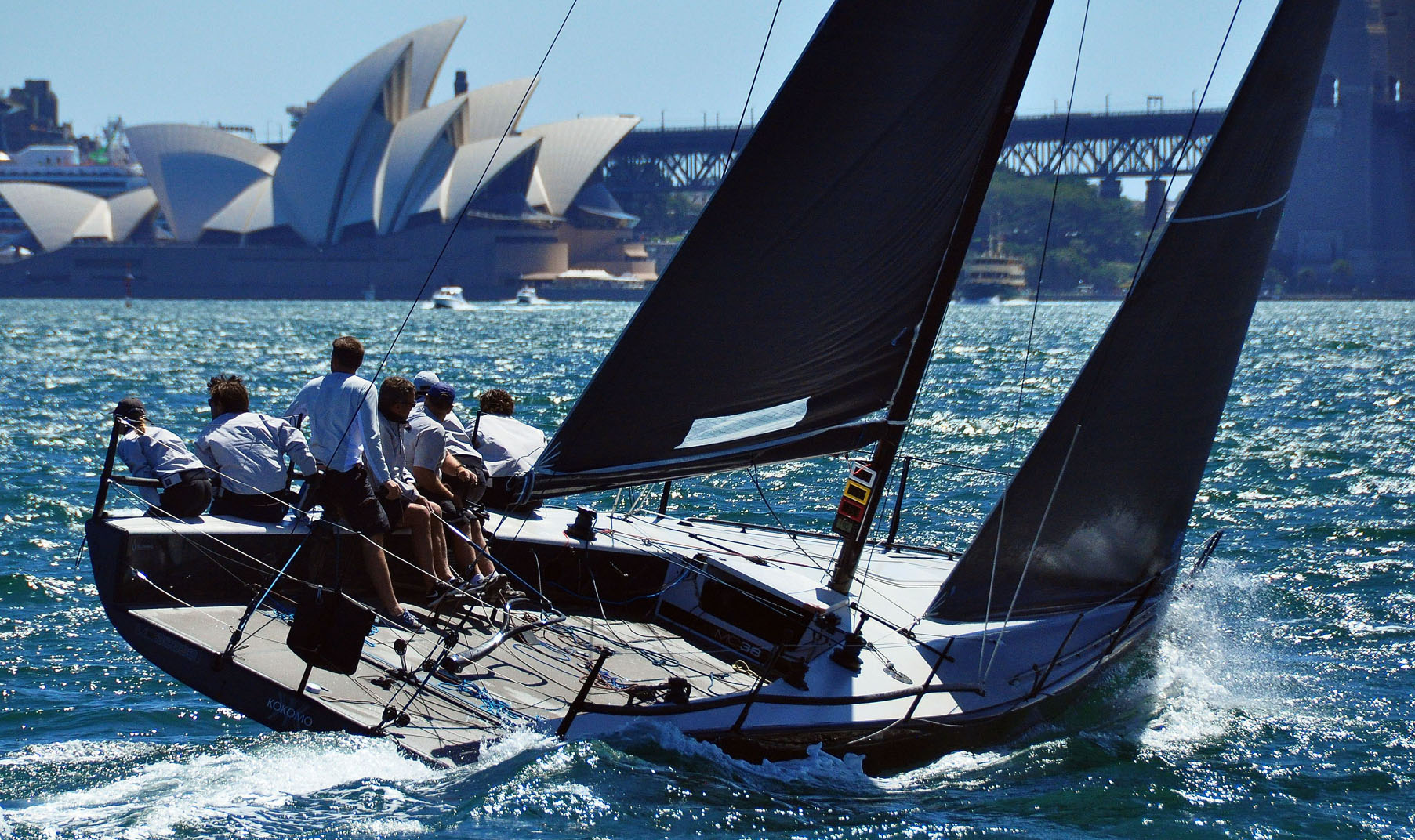 Maserati carries both the burgee of the Royal New Zealand Yacht Squadron, New Zealand being Crichton’s birthplace, and the Cruising Yacht Club of Australia in Sydney where he has lived since the 80s. Leading into the final of the six race series the crew held the series advantage and thought a crack at the haka might put some extra fire in the belly before going nose-to-nose with the talented Royal Akarana Yacht Club team.

The execution didn’t quite go to plan, Maserati’s poor start giving the Kiwis a whiff and from that point they were all over their nemesis, covering and tacking on top of them in classic match racing style.

Both top-scorers finished on 15 points, Menace’s one additional win sealing the pointscore victory on the weekend of November 5-6, 2016. Day one began late on Saturday due to high winds. Day two began close to time in WSW winds averaging 18 knots gusting up to 26 then things went funky and light midway through race four. The breeze finally transitioned to the south-east 15-17 knots in race five and PRO Rob Ridley moved from Watsons Bay to Taylor’s Bay, Mosman with the race six top mark just off Shark Island where a group of Opti juniors sailed wide-eyed when the nine MC38s cut through at speed.

Menace’s tactician Ray Davies, a member of Emirates Team New Zealand America’s Cup challenge, said, “It was fantastic racing. The standard has got a lot higher and it was great Maserati kept coming back at us… we tried to hurt them as much as we could. It was a fantastic weekend on Sydney Harbour at the high-end on Saturday, 22-28 knots, and today we knew the breeze would go left so we kept an eye out. When it came in we were on the left hand side and went from pretty deep to leading at the top mark.

“It was fantastic having nine boats out there. We keep saying MC38 racing is by far the best one design in Australasia and we hope the class can stay strong,” Davies added.

Martin Hill, guest helmsman on Maserati, said his team knew Menace meant business leading into the decider. “They covered us and pushed us back to create the gap. Thanks to Neville for letting me drive this weekend, it’s a fantastic boat and crew. To be able to step on to such a well prepared boat was an honour.”

Third on 20 points was Leslie Green’s Ginger and fourth in the fleet of nine, the largest turnout in class history, was Dark Star.

Among the new faces this weekend was Rio 2016 470 silver medallist Will Ryan on board Marcus Blackmore’s Hooligan as tactician. Regular Hooligan crewman Peter Johnson helmed in Blackmore’s absence.

“Marcus has been instrumental in our (he and Mat Belcher) 470 program and I’ve always talked with him about sailing with him; it was a shame he couldn’t be on his boat this weekend. We got the cobwebs out as we were racing. I’ve never been on an MC38; they are sure bow-down and finicky, and so exciting. I’d really like to sail with Marcus, hopefully I’ll be asked back.”

There has been a reshuffle of the calendar and what was the third stage, February 18-19, is now slated to be the 2017 Australian class championship. The Royal Prince Alfred Yacht Club at Newport has offered to stage the national title on Pittwater, to the north of Sydney Harbour.