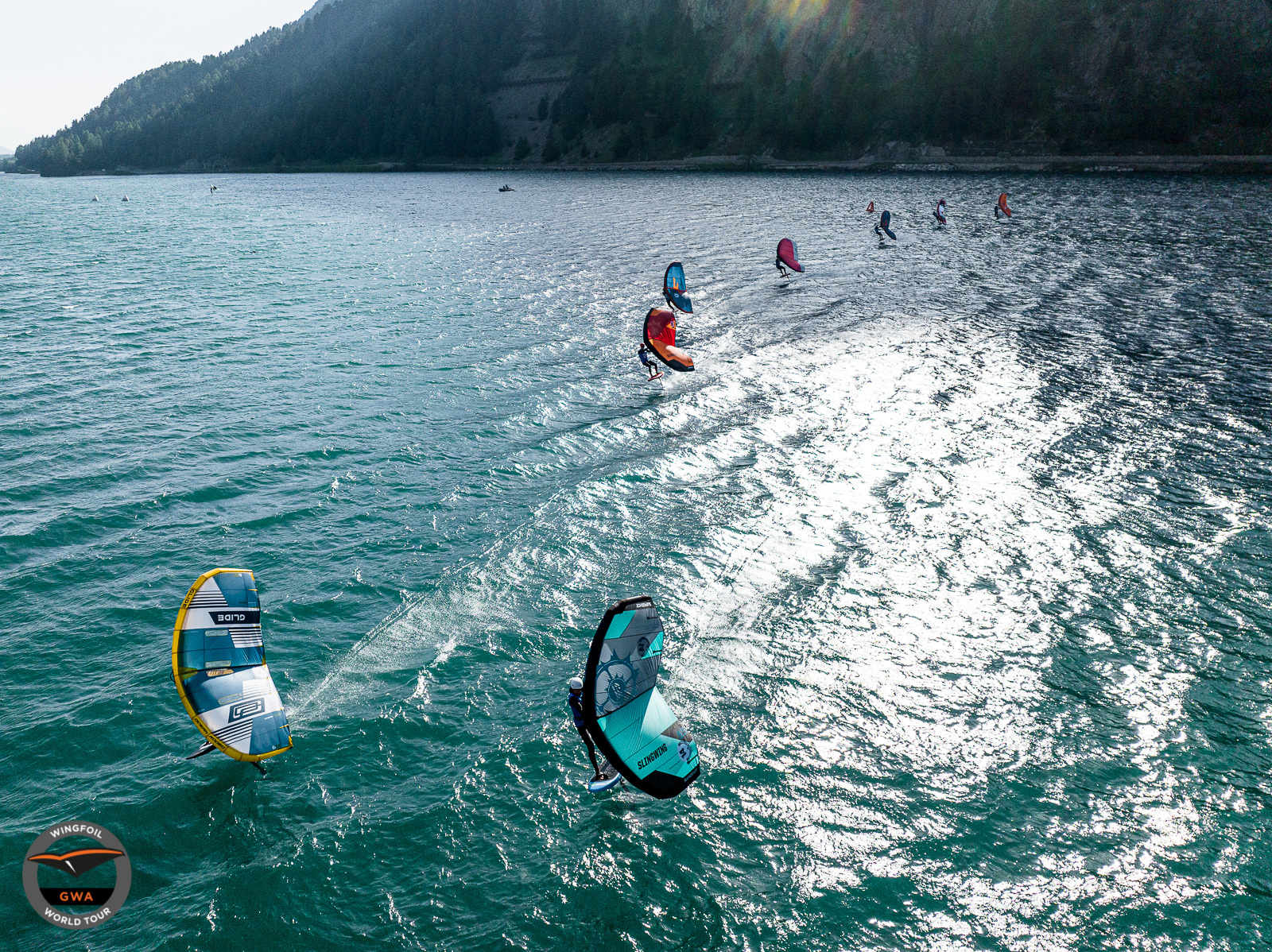 Check out all the action from Day five in the highlight video below! Yesterday we saw the completion of the Men’s Surf-Freestyle which gave awesome action from start to finish. The day got wrapped up with some Surf-Slalom heats before the wind died.

UP’S AND DOWNS THROUGHOUT THE MEN’S SURF FREESTYLE BRING FRESH FACES TO THE PODIUM
A surprise exit from Francesco Cappuzzo (ITA) saw Steffan Speissberger (AUT) have a flying start. As round five came upon us the level of skill being shown was only rising. We saw another surprise knockout when Balz Mȕller (CHE) came up short against Gollito Estredo (VEN) (sweet revenge for the Venezuelan’s loss in the final in Leucate!) which really opened up the playing field.

Chris Macdonald (USA) was going massive in all heats proving to the judges why he deserved his spot in the final. Trick after trick his height only increased, taking trips to the moon allowed the youngster to deliver mind-blowing rotations. At still just 16 years of age the big stage didn’t phase this youthful talent. His final against Stephan Speissberger was one not to be missed. Both riders put on an incredible performance with Macdonald scoring 32.93 to Speissberger’s 25.17.

Titouan Galea (NCL) faced Gollito Estredo (VEN) for a third-place battle where the New Caledonian put in one of the performances of the day. Scoring a whopping 33.06, this was the highest collective score on day five.
Men’s Surf-Freestyle

WIND HOLDS TO RUN SURF-SLALOM ON DAY FIVE
With the thermic winds still pumping at 18.00 we transitioned from Surf-Freestyle to Surf-Slalom. Starting off with the women, both elimination rounds were won by Flora Artzner (FRA) who had a solid day of racing showing quick speed and great pumping.

The men were also able to fire through a handful of heats but, gradually as we entered the early evening the wind was dying and it was time to wrap the competition up for Saturday.

Current standings are as follows;