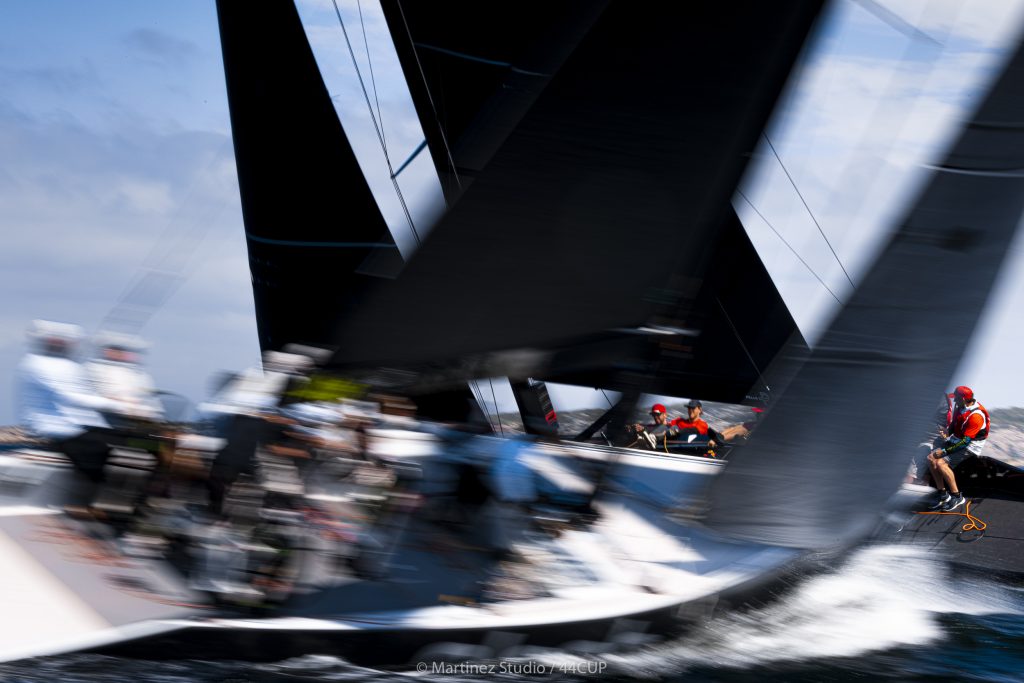 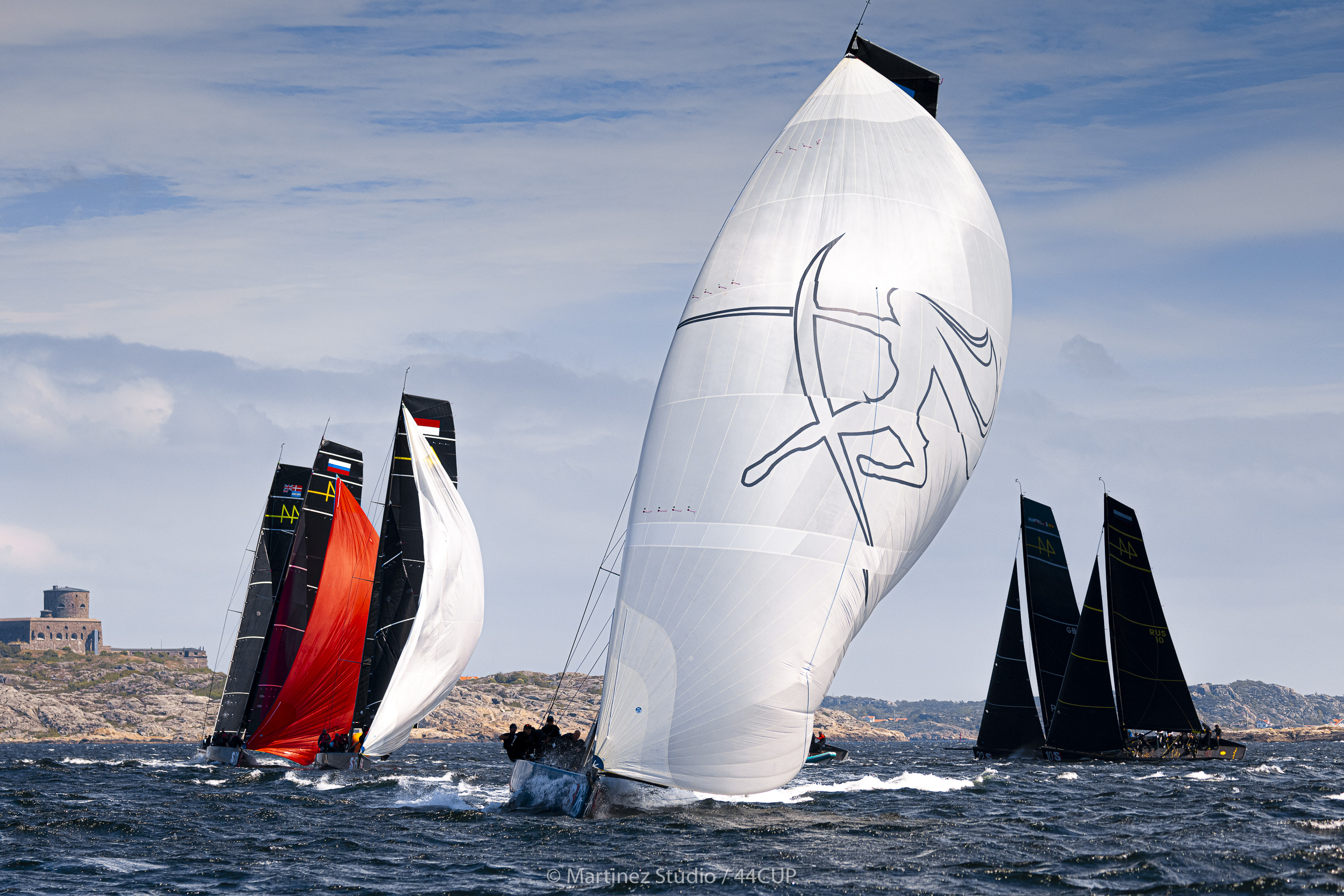 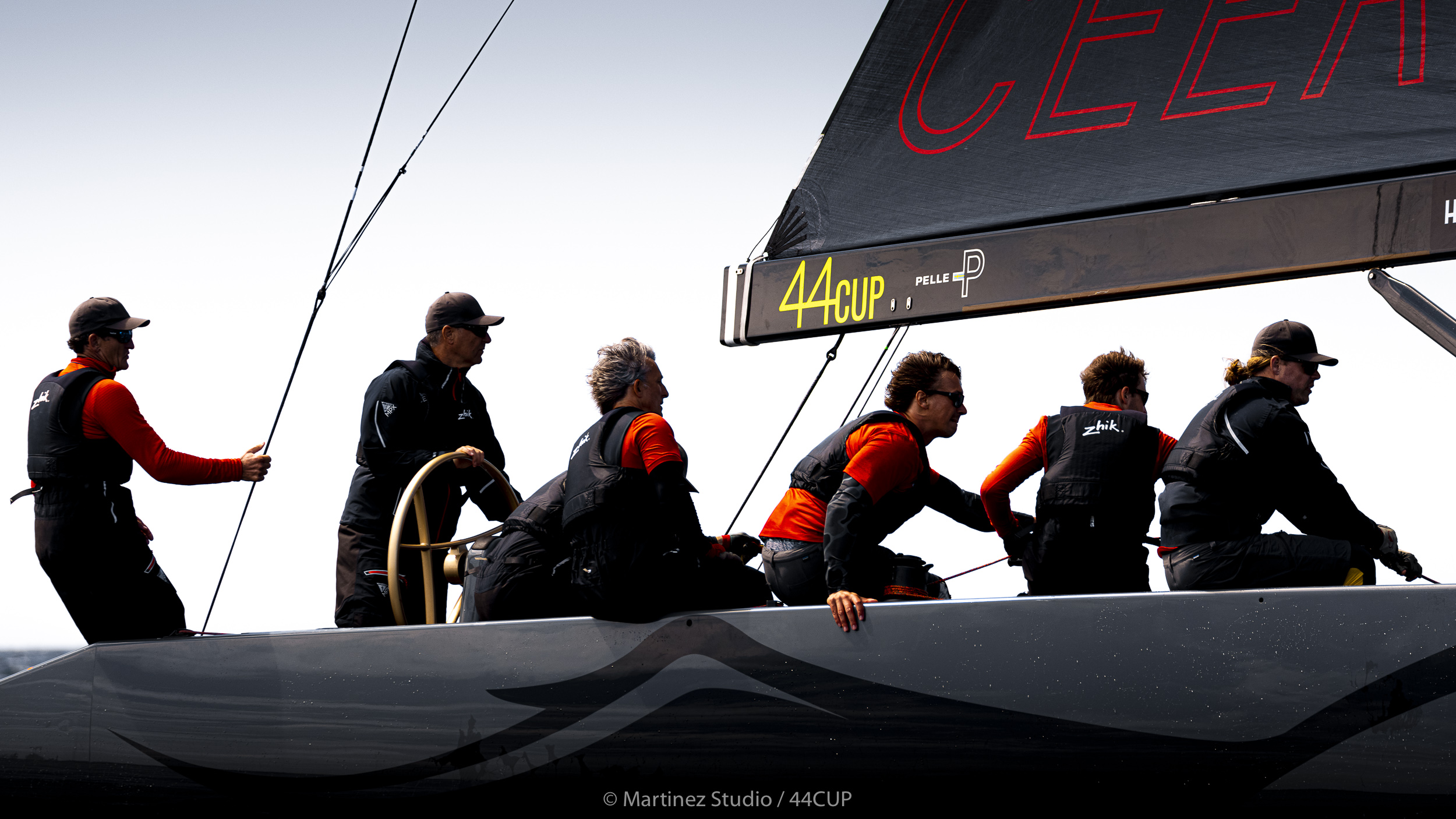 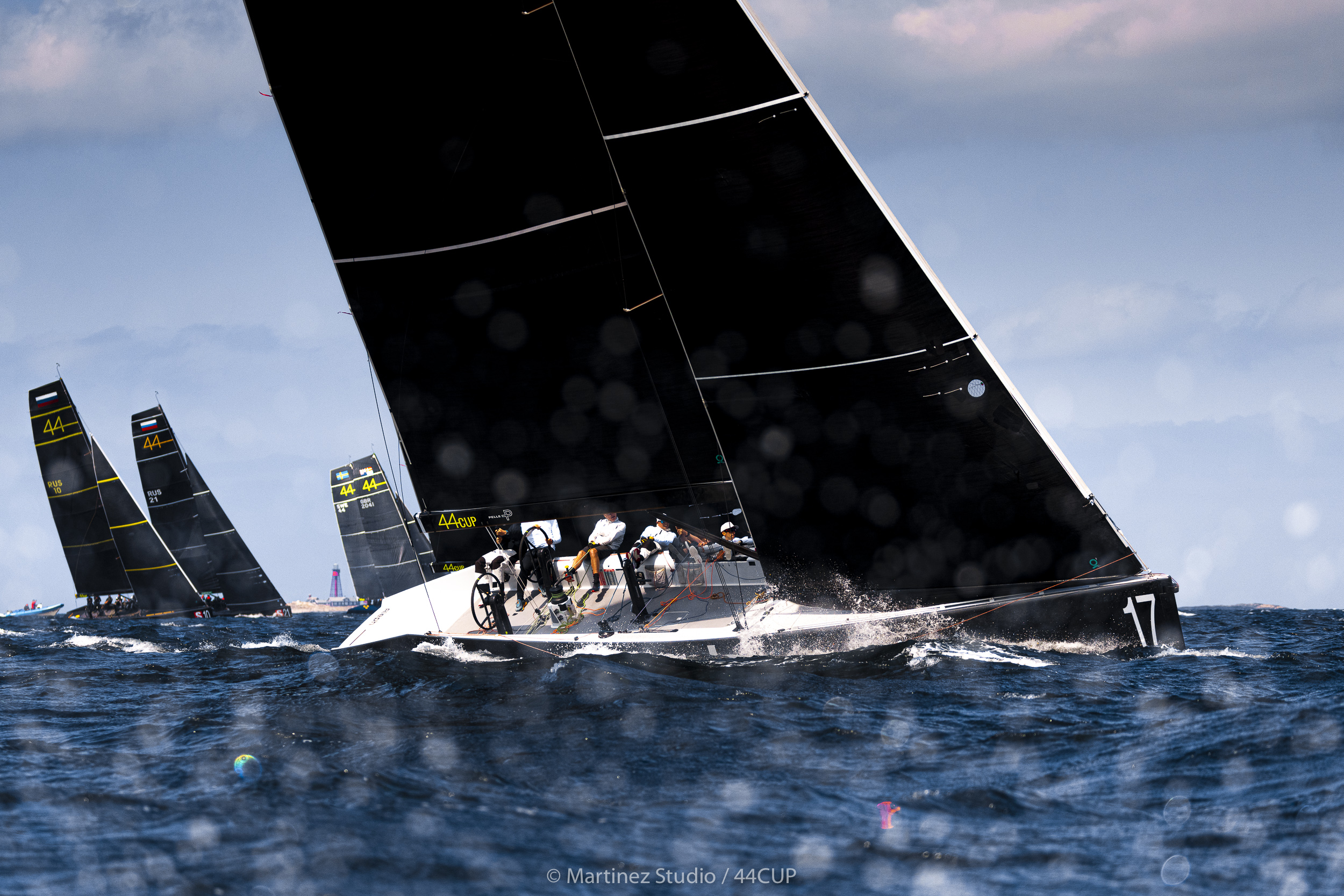 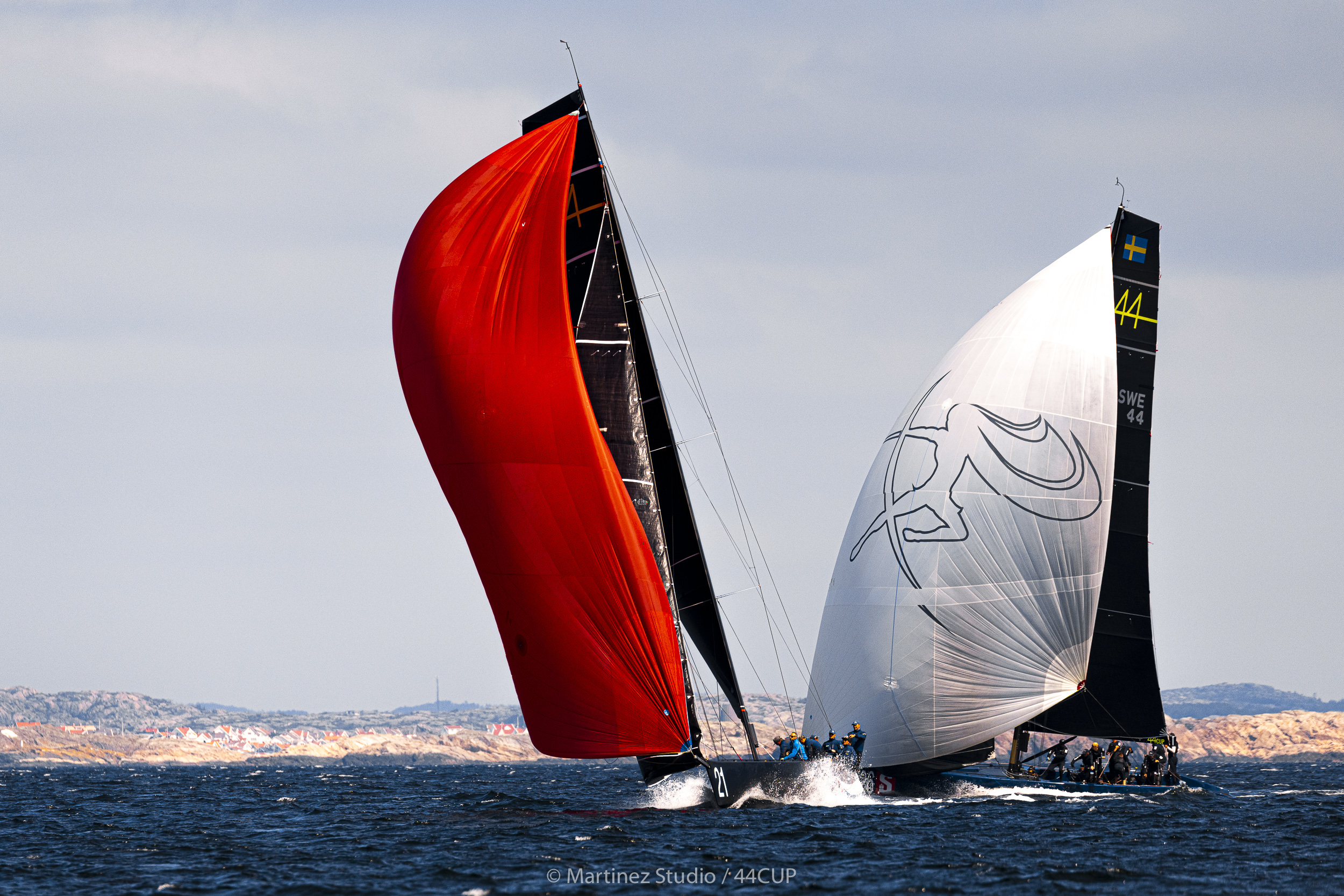 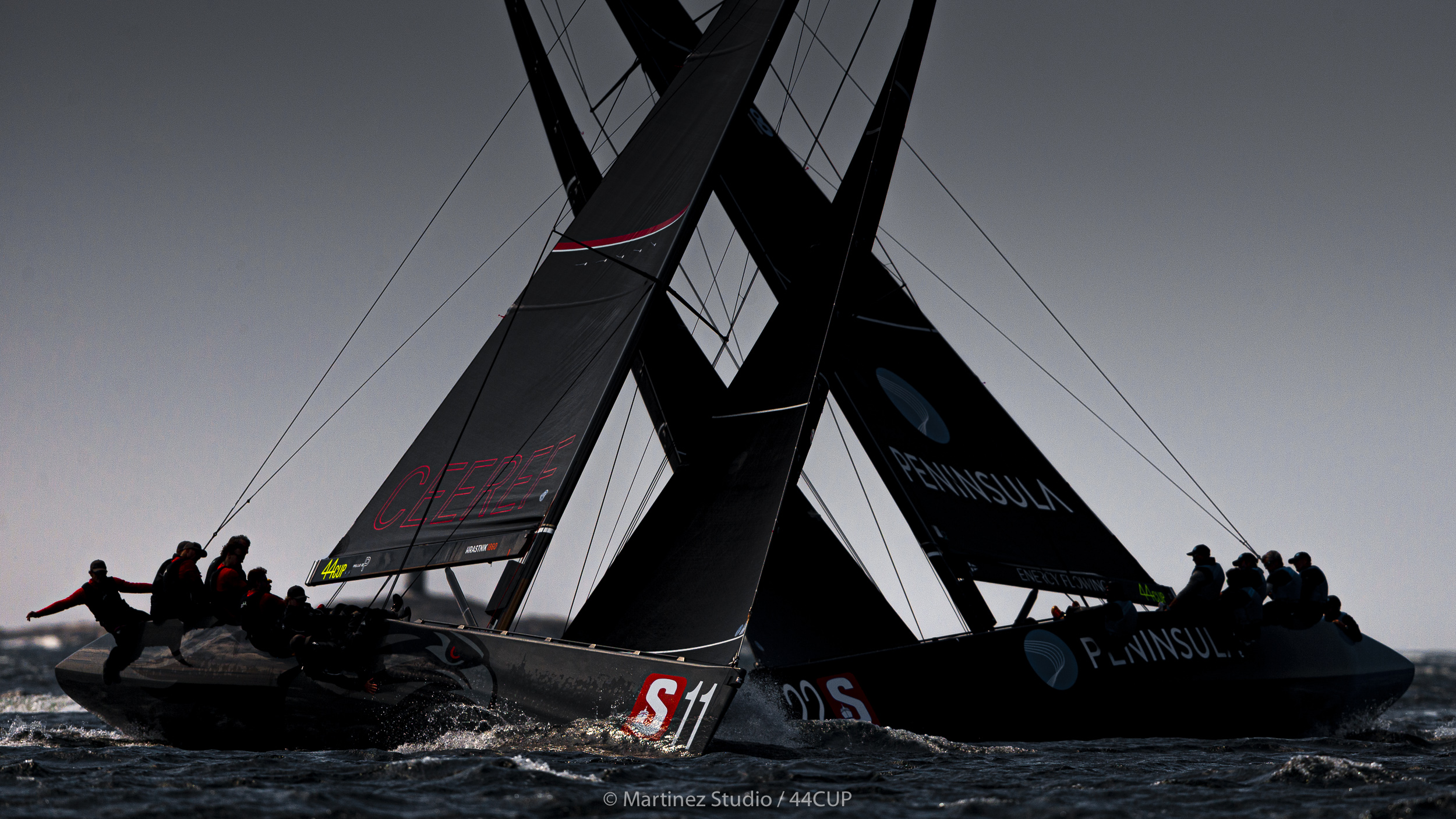 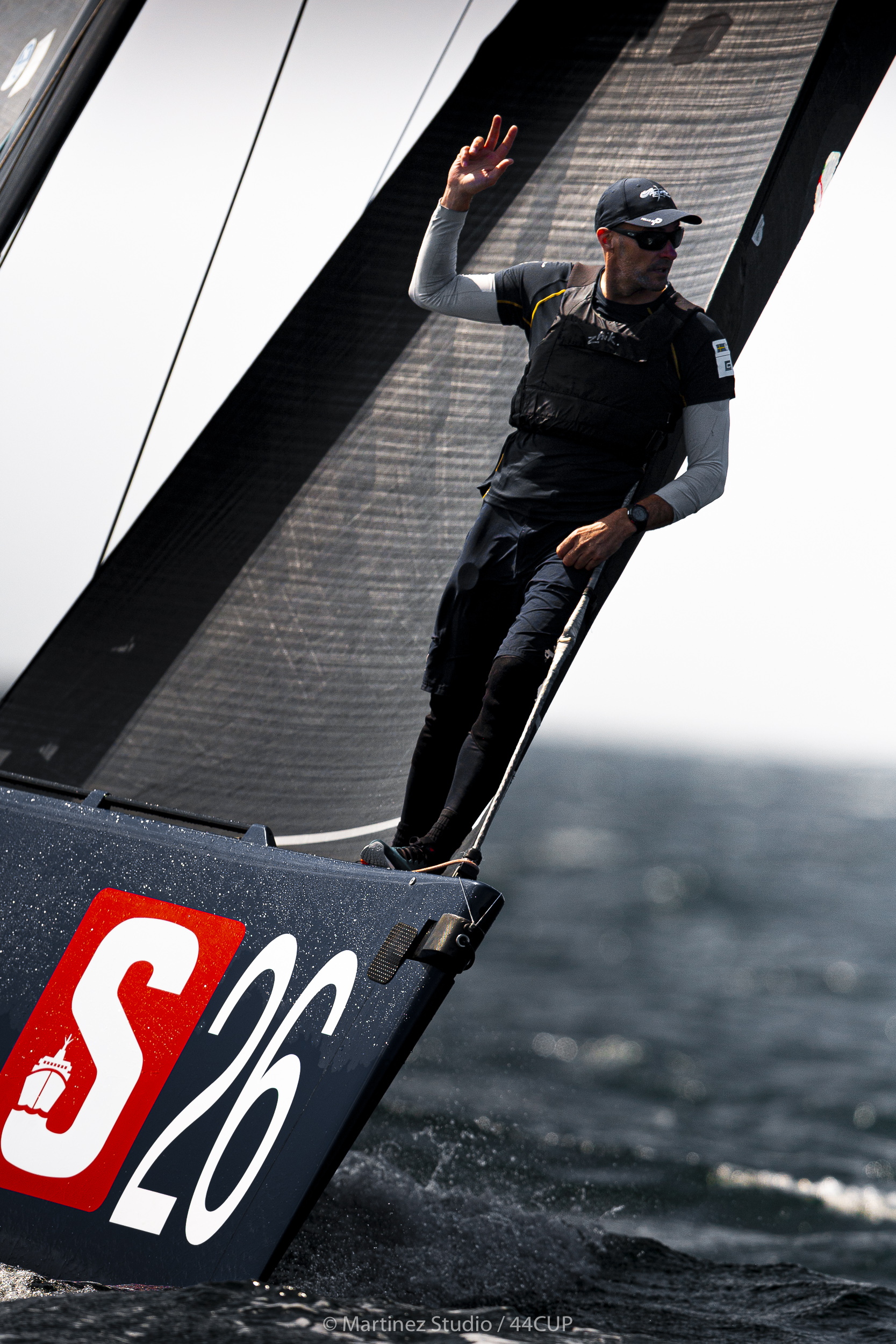 The 44Cup Marstrand had a tricky start today off the Swedish paradise island bearing its name. A weather front slowly moving across the west coast of Sweden brought with it solid 25 knots winds, 30+ knot gusts and the real prospect of no racing for the eight owner-driver RC44s. However as the front’s torrential rain arrived so the wind dropped and mid-afternoon PRO Maria Torrijo was able to coax the teams and their high performance one designs out on the water.

Ultimately just one race was held before the wind became too unstable, but crews and race committee alike were pleased to have salvaged one race on what could easily have been an unsailable day.

In the singleton race, held in a 12 knot northerly, it was the “Master of Marstrand” Chris Bake and his Team Aqua that prevailed. The team that has won in the 44 Cup’s regular Swedish venue more times than any other seemed late to start at the committee boat end of the line but immediately tacked. Finding gold out to the right side of the course they led into the top mark. Tactician Cameron Appleton and Bake’s seasoned crew read the puffs and shifts well on the run from where they were able to build on their lead.

The race was up and down for Vladimir Prosikhin’s Team Nika. They started well but dropped to close to the back of the pack at the leeward gate. Nonetheless they made good progress out on the left side of the second beat to pull up to second on the final run.

Equally strong out of the blocks today was the event’s host Torbjörn Törnqvist, whose Artemis Racing held second place most of the way around only to be displaced by Team Nika heading for the finish line. Regaining most of its crew and being able to get a day of training in prior to the event, the Swedish team appeared transformed today compared to Portorož.

Conditions are forecast to be lighter tomorrow when the race committee will attempt to hold three races.