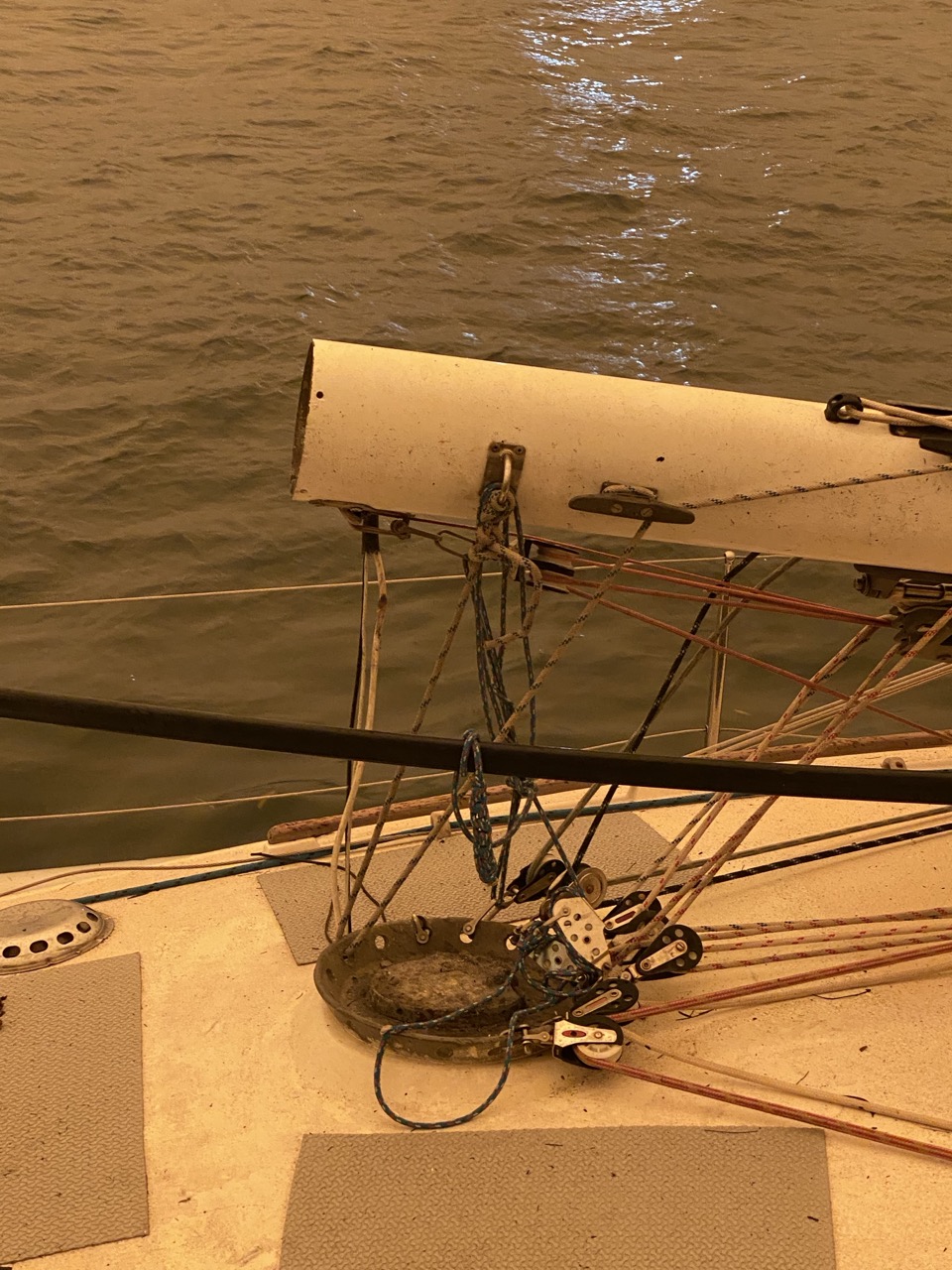 The Army Sailing Club's Jarkan 30 fooeter Gun Runner was dismasted during her return journey after competing in the 2019 Rolex Sydney Hobart.

The boat was hit by an unexpected gust of more than 50 knots and was dismasted last night about 5nm East of Twofold Bay. She did not require assistance as the crew was able to motor to Eden.

The Army Sailing Club reports that the crew is OK but had to be evacuated to Merimbula due to fire threat, which they say puts “the little sea drama” into perspective.

Gun Runner was the smallest boat in the 2019 Sydney Hobart. She foinished ninth in Division 7 and 14th in the Veterans division.

The Army uses the boat to train its soldiers and instil the Army values of courage, initiative, respect and teamwork.

The photos of the boat in Eden were taken by Mysailing reader Erwin Bejsta.