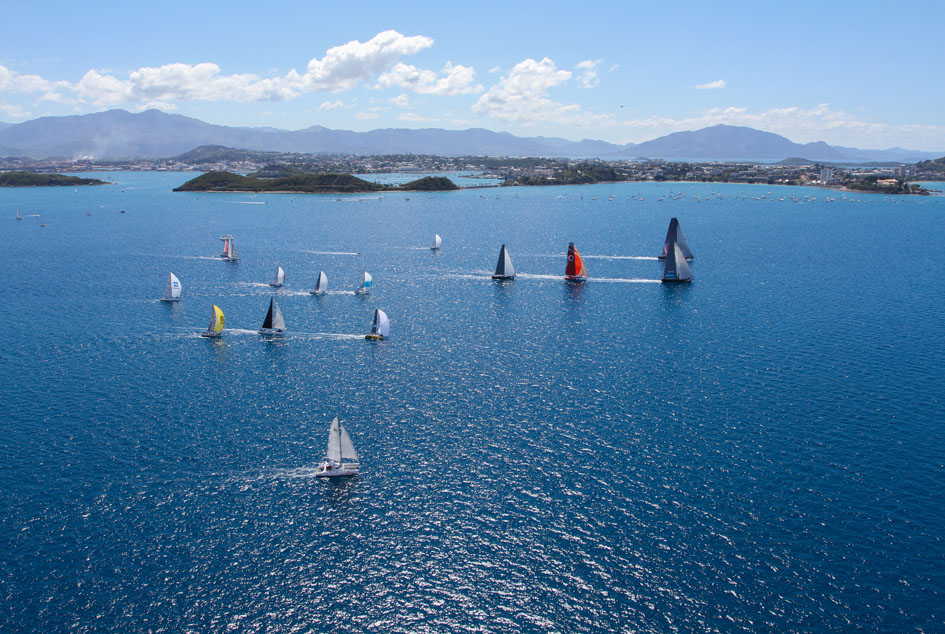 Though considered a race in paradise, like previous editions the sixth biennial Groupama Race around the island of Noumea will prove tactically difficult for all crews who accept the challenge.

Taking between two-and-a-half and five days to complete the 654 nautical mile course due to start on June 17, 2018, the fleet of monohull and multihull yachts will trace a course around New Caledonia, a jewel of the Pacific southwest.

French yachtsman Michel Desjoyeaux, a two-time winner of the Vendée Globe, said, “The weather forecast is beautiful almost all the time. The country is majestic, still very wild, sparsely inhabited with miles of land virtually untouched.

“I was invited to be part of the 2016 race and I was excited at the prospect of visiting New Caledonia, a wild and enchanting island with smiling people who take the time to say hello.”

An offshore and coastal race

There was little time for pleasantries on Simon Hull’s Orma 60 Team Vodafone on the first day of their 2016 race, given they were running under spinnaker at 30 plus knots of boat speed (55 kph).

Placed exactly in the axis of the tradewinds, the Groupama Race is both an offshore and coastal race that offers sailors the opportunity to strategize and navigate the best route based on the sea state, currents and weather. For Desjoyeaux, “the Groupama Race is an Olympic course on the scale of an island.”

The route is simple enough. Under the direction of the organising club, Cercle Nautique Calédonien Yacht Club, the fleet start off their journey in Nouméa and finish back at Nouméa with only two compulsory points they must pass on the northernmost point of the island.

When the fleet passes the southernmost point of New Caledonia, high-speed downwind rides are possible for the next 24-48hrs.

“Surfing the waves, illuminated by the moon, it is simply magical,” said Alain Vilas, the Caledonian skipper of the catamaran Birdies Furax 2.

Skipper of the Crusader monohull, Antony Leighs, came away from the event saying, “Sensational! Surfing the waves as we did along the East Coast was magical. This is something I will never forget. We had the best hyper-fast sliding sessions. We'll come back!”

“A race like no other in the world”, well-known Hong Kong sailor Karl Kwok and owner of the maxi Beau Geste said, adding: “in 2016 we had to put in a lot of gybes, to avoid the reefs.”

This is our Cape Horn

Once the sailors arrive in the far north, a transition phase awaits – Le Grand Passage – or as the locals refer to the area: “our Cape Horn”. The sea can be cross at this point; the waves bigger, and the wind and current more powerful. The sea life is also bountiful; it’s where banks of tuna, whales and manta rays abound.

As the fleet follows the descent to the island’s south there could be a 24 – 48 hour period of upwind sailing and being soaked by 26 degree warm-water waves.

“It’s something special, you spend a few moments in waters more than 1000m deep and suddenly a few metres in front of you there are waves breaking on the reef that protects a white sandy beach,” David Witt, Australian skipper of the record-holding supermaxi Scallywag and current skipper of the Volvo Ocean Race entry of the same name said.

“We must be vigilant to sail in paradise. On the way back, when you finally enter the lagoon, it's wonderful!” Witt added.

Along the reef nearest to the west, some sailors try to protect themselves from the waves and look for calmer waters. Others take the option of heading further offshore before returning to the lagoon.

Eventually the fleet ends up back at Noumea where crews are welcomed any time of the day or night by helpful CNC staff and volunteers, and invited to have a hot shower and a hearty meal at the club. Then it’s down to the business of recounting the highlights and the moments when each crew’s Groupama Race was won or lost.

The French touch of the Pacific

Anthony Leighs, who recently participated in the Rolex Fastnet Race, offers his advice to sailors worldwide: “Go there! It is an exceptional place of the world, a fantastic race, and not simple. The environment is exceptional: it is a very complete race.”

For the first time in Groupama Race history, four different feeder races leaving from Sydney, Melbourne, Brisbane and Auckland will coincide to deliver their respective fleets to Noumea in time for the June 17 start. 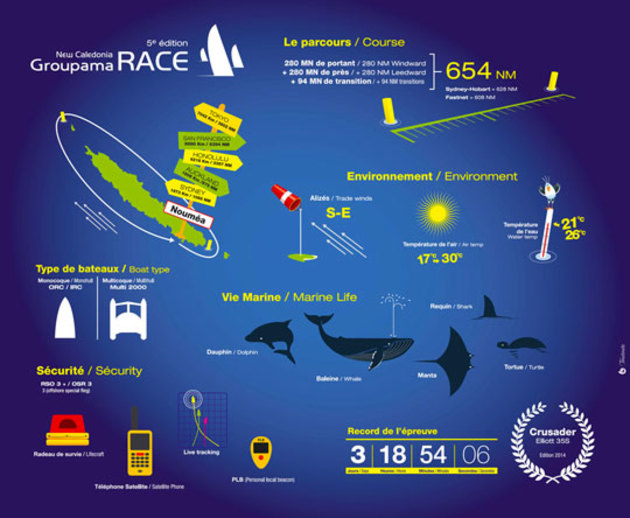 Download our “Notice of race” and “Expression of interest form” PDF