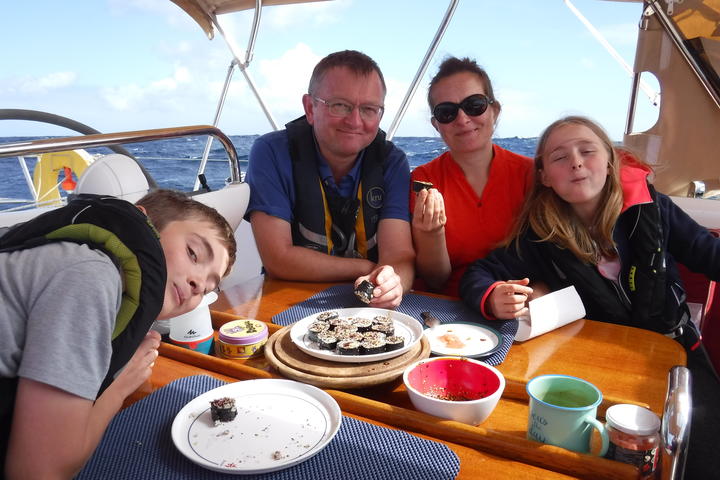 A grieving UK family wanting to sell their 17-metre yacht in New Zealand could have it imported here – but it would cost them tens of thousands of dollars.

Barbara Genda, Harry Jarman and their two children were sailing the world when tragedy struck in Tahiti, with the death of 14 year-old Eddie in August.

Their application to sail to New Zealand on humanitarian grounds was declined just under two weeks ago.

But the Ministry of Health said late yesterday it was now looking at the case as a matter of urgency, and finalising options that might be available to the family.

The family wanted the yacht sold before returning to the UK where they planned to restart their lives.

After initially being declined an exemption, yesterday they were advised they could submit a revised application to get their yacht to New Zealand under the Delivery to a Business classification. But the options available to them might mean the yacht comes here – without them.

The Auckland broker with whom the luxury yacht is listed has spoken to government officials today. Conrad Gair said they were seeking a way to get the yacht – and others into New Zealand, so they could be sold.

“That's the first positive response this morning, is that they're really working on it, and going through the systems and trying to nail down actual values to New Zealand.”

Gair said yachts that would traditionally sail here to be sold were not allowed in under current border restrictions, and New Zealand was missing out.

“If it comes to New Zealand and is sold to a New Zealander there are taxes, and taxes go into the system. There could be a brokerage fee, repair work on the boat and stuff for other trades in our industry.”