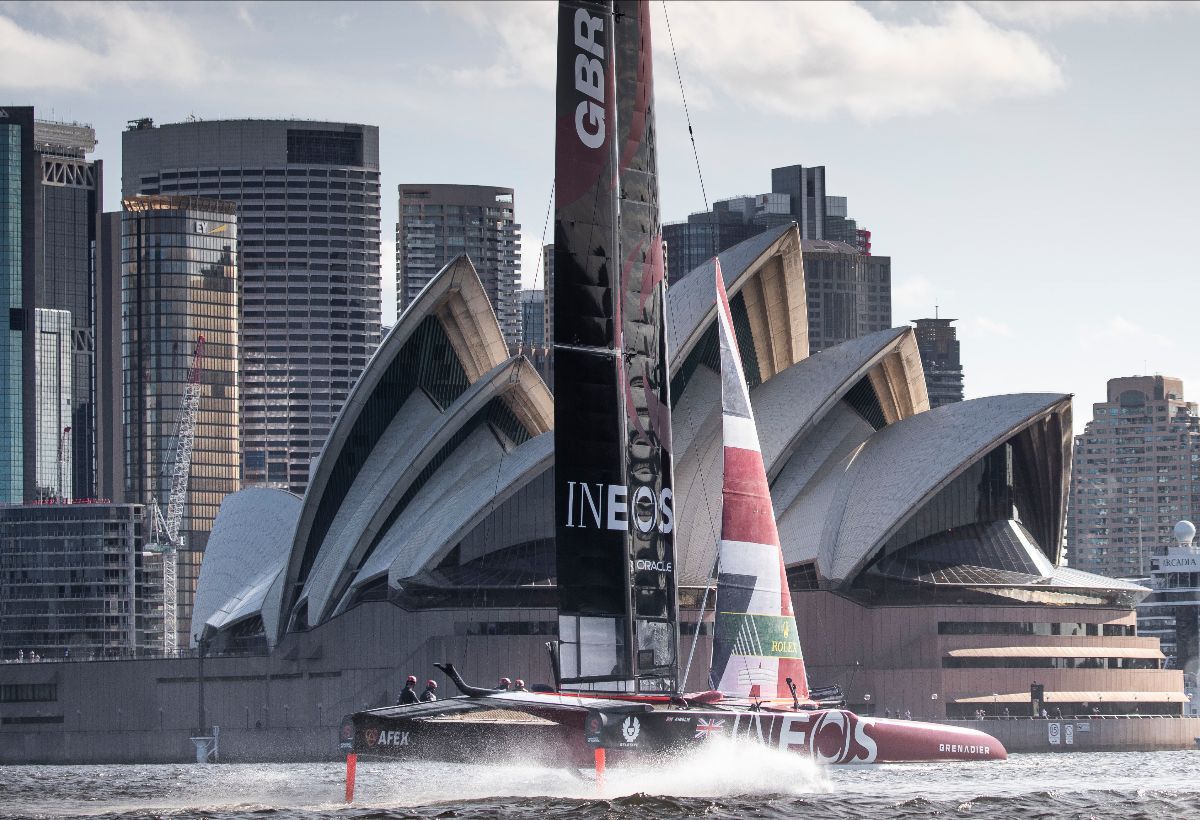 February 25, 2020 – Three days out from the eagerly anticipated first event of SailGP Season 2 in Sydney and the Great Britain SailGP Team, presented by INEOS, are ready to race.

Following the first practice sail on Thursday, Ainslie said: “It’s one of my favourite places to sail in the world and a day like that, in these boats, it doesn’t get any better than that. These training days are crucial for us to get to grips with sailing the F50 together as a new crew and we can’t wait to get on that start line for some fantastic competition.”

SailGP Season 2 sees the addition of two new teams to the championship – Denmark and Spain – leaving the leaderboard wide open this season. Denmark and Spain will be the only two teams sailing with the new modular wing in Sydney, restricted to 24m to match the other five boats. The new wings will be rolled out across the remainder of the fleet in San Francisco.

In total, Season 2 will see seven teams going head-to-head with Australia, France, Japan and the United States all returning to fight for the $1 million (US) prize that Tom’s Slingsby’s Australian SailGP Team claimed last season. Today marked the first time all seven of the world’s fastest sail racing boats hit the water together.

Sydney SailGP takes place on Friday 28 and Saturday 29 February with more details on how to follow the racing at SailGP.com/watch.

Following Sydney, SailGP will move to the US returning to San Francisco on 2-3 May and New York 12-13 June before heading back to Cowes, Isle of Wight. It’s here the British team will be looking to commandeer the show on 14-15 August after a disappointing early finish to the home event in 2019. Tickets for Cowes SailGP go on sale on 5th March.