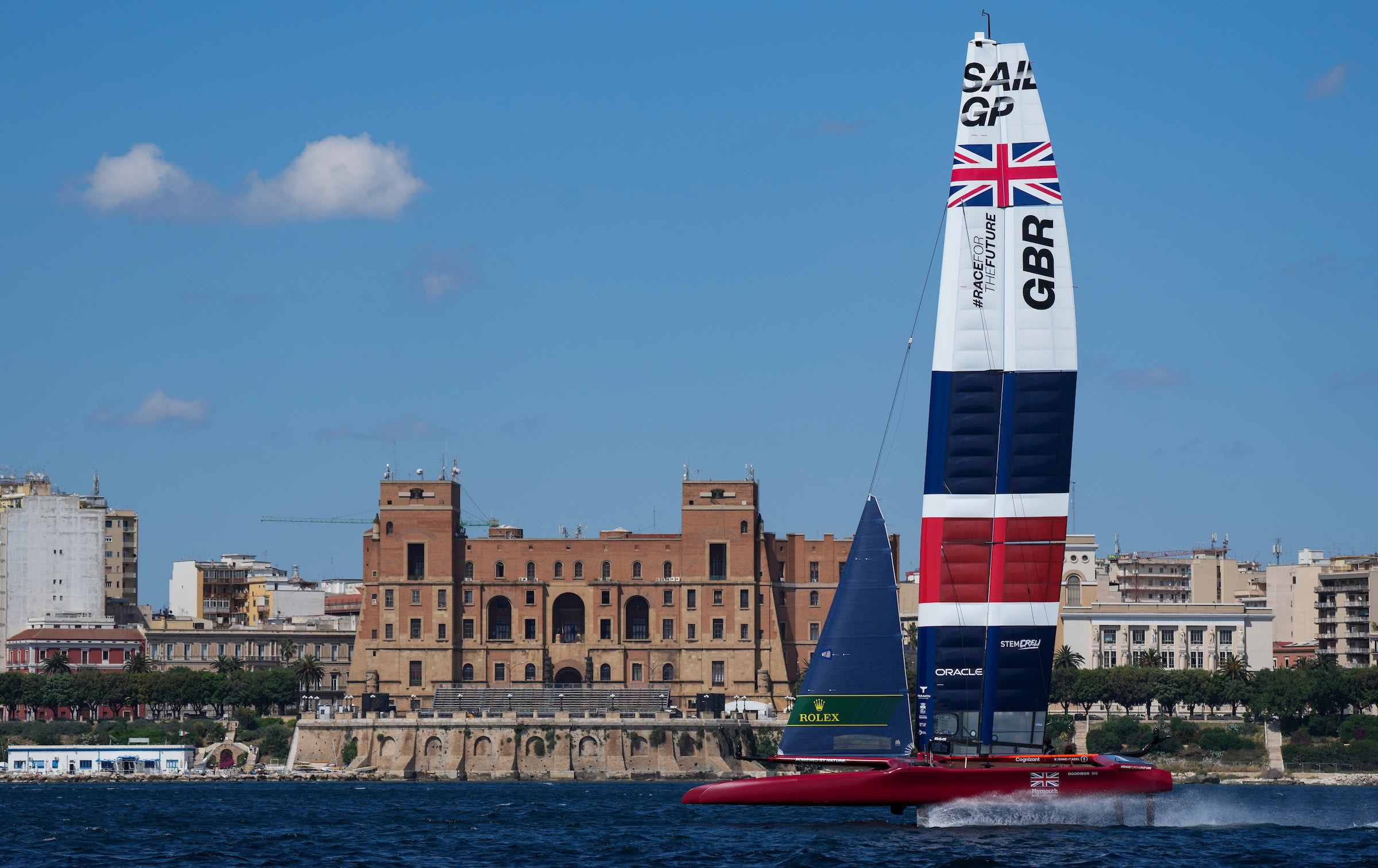 The Great Britain SailGP Team has taken flight in the stunning surroundings of the Taranto Harbour in southern Italy for the first time, as training begins for the Italy Sail Grand Prix this weekend. There was, however, a new but familiar face at the wheel onboard the team’s F50 with the driver role being filled by decorated foiling sailor and fellow Olympic Gold medallist, Paul Goodison for the next two SailGP events.

For Paul, who had previously sailed in the foiling catamarans with Artemis Racing in the 35th America’s Cup, before joining American Magic’s America’s Cup campaign in Auckland recently, it was an opportunity to get back to grips with the flying F50s.

“It was a really good, tricky first day for me. We managed just over two hours in anywhere from 8 to 20 knots of breeze, really gusty and shifty stuff.

“It was great to be back in the catamaran. It’s very nimble and manoeuvrable and you get punished hard for getting little things wrong, but that’s what makes it so exciting. Today was all about settling in with the team and getting used to the very simple stuff.

“We had a couple of loose laps and moments, including one where we popped the rudder out and took quite a lot of water over the deck, but by the end of the day I managed to handle the boat a lot better, got more used to the controls and we had a few good laps at the end.”

Whilst Paul may be new to the British team, he is very much a familiar face, having sailed with both Flight Controller Luke ‘Parko’ Parkinson and Wing Trimmer Iain ‘Goobs’ Jensen previously at Artemis Racing. That strong existing relationship has helped Paul settle into the team very quickly.

“It was really nice sailing with Parko and Goobs again”, Paul added, “the whole team has gelled well early on, but we still have a lot of work to do. We will keep practicing hard and working on things throughout the week. There is still a lot to learn”.

The Italy Grand Prix starts on 5th June in Taranto and can be watched live in the UK at 1230PM BST on Sky Sports and for free on SailGP’s YouTube channel. Paul Goodison, meanwhile, is itching to get going.