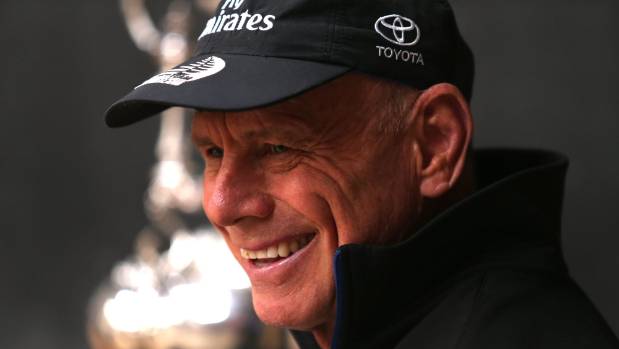 Grant Dalton's office is in an upstairs corner of the spartan Team New Zealand headquarters in an old fuel depot. There's nothing that screams out “America's Cup winners” here other than a few framed photos.

The room next door has the designers – most on part-time deals at the moment – beetling away on computers to finalise the rules around the radical 75-foot foiling monohull to be introduced. Out of his window is a peak across to the Viaduct Basin and view of what might be.

The Team New Zealand boss is upbeat about the opportunities hosting the America's Cup will bring to Auckland, and the rest of the country, but says some of the criticism the team are copping over an “event fee” has been well wide of the mark.

“It could be the best ever America's Cup if we create the right environment with the event,” Dalton says. “You only have to look at Auckland 2000 and 2003. It is still talked about.”

The America's Cup looms as the only major international event on the New Zealand sporting horizon. Having so recently hosted the Rugby World Cup, the Cricket World Cup and the Masters Games, there's no chance of them returning soon.

The cycle of big events coming to New Zealand has run its course. And with France setting a new benchmark with a $407m hosting fee to World Rugby to hold the 2023 World Cup – dwarfing New Zealand's 2011 levy of $108m – Kiwis might never enjoy the privilege again.

But the Auld Mug, sport's oldest trophy, has indeed returned and needs to be maximised.

Read the full story here, including why a fee is required and what it will be spent on.