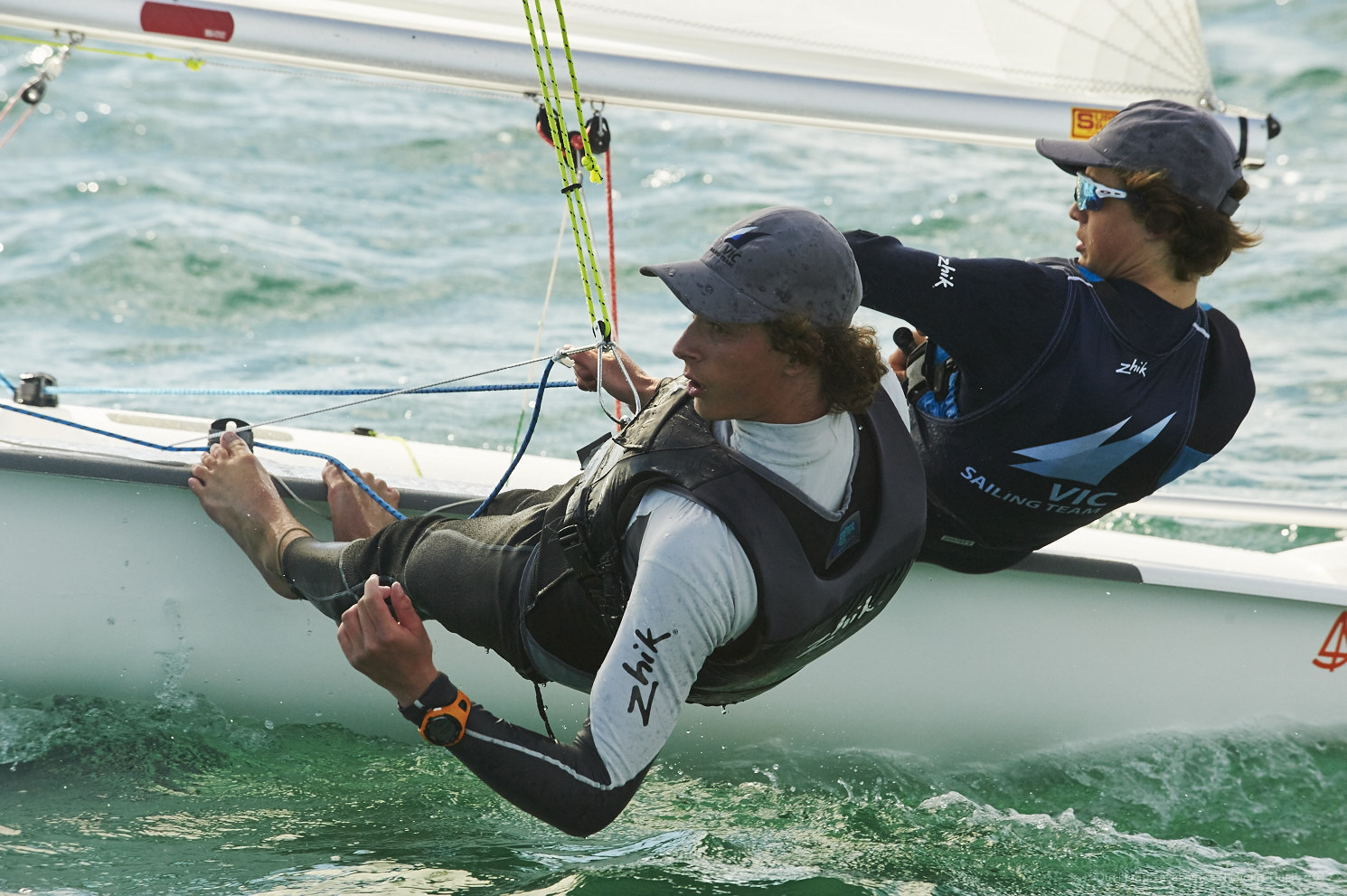 Optimist sailor Matty Goss has been crowned the champion boat across all classes for this year's Sail Sandy regatta after consistent sailing on both days of the event.

Based on a customised points system, Goss was the champion of the 30-plus Optimist fleet but sailed well enough to also end up as the overall top boat of the regatta, which finished up at the Sandringham Yacht Club this afternoon.

Sunday's racing provided plenty of breeze for the sailors as a strong northerly greeted the fleets this morning.

Much to the delight of the sailors it also stuck around for the entire day giving the skiffs, Waszps and foiling kiteboarders plenty of great rides.

Champions were crowned on the deck of the Sandringham Yacht Club, with a number of sailors also receiving the famous 'Middo Awards' for great sportsmanship or funny moments.

One Open Bic sailor won the major Middo award, as well as the hearts of those at the presentation, for abandoning his own race to help an Optimist sailor that had capsized.

Sail Sandy this year was a great show of sportsmanship, well done to all the sailors.

The regatta has kicked off what is sure to be a massive year of sailing in Australia with a number of major senior class nationals happening in Adelaide, while the majority of the youth and junior events head to Tasmania.