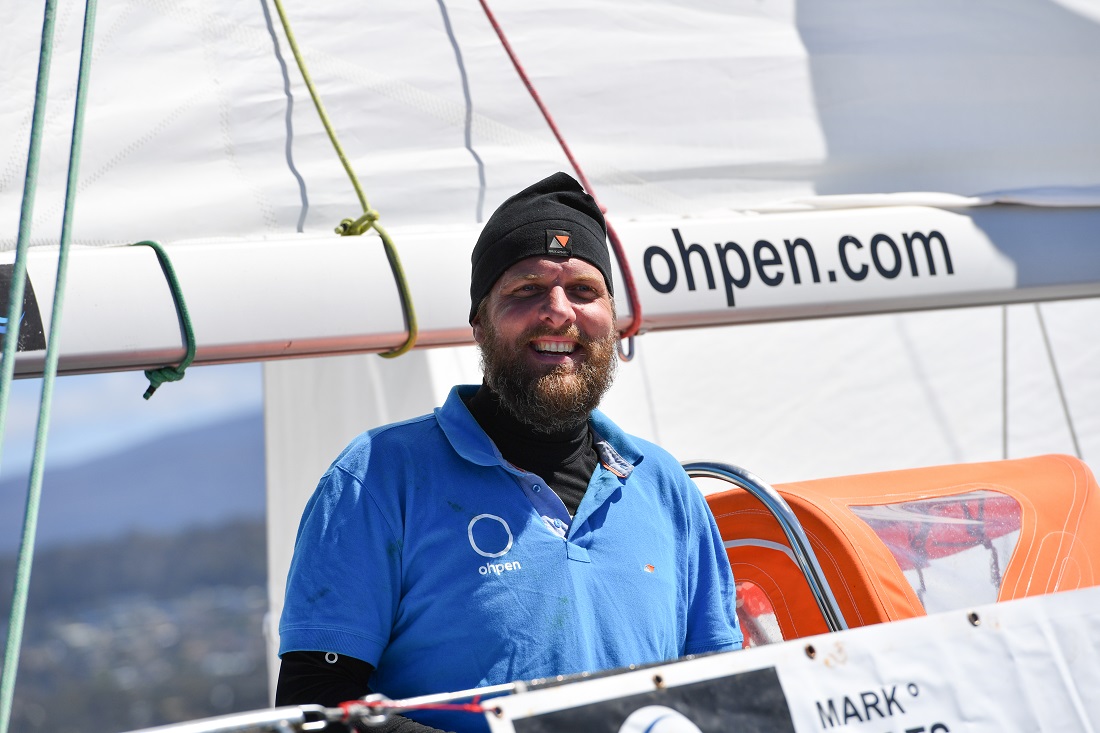 With less than 1700 nautical miles to the Golden Globe Race finish in Les Sables d'Olonne, second placed Dutchman, Mark Slats, has sliced a further 393 miles out of Jean-Luc Van Den Heede's lead over the past eight days.

Van Den Heede on his Rustler 36, Matmut, has led the Golden Globe Race since passing the Cape of Good Hope and at one stage held a 2000 advantage. That has been whittled away since the 73-year-old Frenchman suffered a knock-down and sustained damage to his mast during a Southern Ocean storm in the South Pacific in November 1.

Van Den Heede still holds a weather advantage though, and once past the influence of the Azores high pressure system, should be first to benefit from the reaching winds that will give him an easier passage north towards the Bay of Biscay.

But Slats is pushing hard, despite a few problems of his own. In a satellite call to Race HQ on Monday, the Dutchman reported for the first time that he ran out of fresh water supplies a week ago, and is now using his emergency desalinator to turn salt water into fresh. It is hard work. An hour of pumping with both hands produces just 750ml of water – barely a cup full. The average daily intake is 2.5litres – three hours pumping!

Barnacles
Slats also reported that during a period of calm three weeks ago, he had dived on his Ohpen Maverick's hull and completely cleaned the bottom of growth and slime.

“It was perfect,” he said yesterday. So imagine his surprise when he dived again five days ago to find the hull infested with barnacles once more.

“The biggest are 3.5cm long; but most are about 1.5cms. They are growing all over the hull.”

His first efforts to clean the bottom again were thwarted by the sudden appearance of a 3.5m shark, but he will use the next period of calm to have another go: “So far, this must have cost me about 50 miles.”

Third placed Estonian skipper Uku Randmaa, who’s Rustler 36 One and All has also been beset by barnacle growth since crossing the Indian Ocean, is today caught in calms in the South Atlantic, some 3000 miles behind the leading duo.

He dived yesterday, and reported: “I'm swimming with dolphins.”

We hope he recognises the difference between these mammals and their more aggressive distant cousins!

As is Finland's Tapio Lehtinen aboard Gaia 36 Asteria, who avoided the worst of one storm last week and is attempting to outrun another today. Now within 1700 miles of Cape Horn, but still beset with barnacle growth, he was making 4.3 knots today.

Behind him though is the spectre of Sir Robin Knox-Johnston's Suhaili catching up in their virtual race round the world. Suhaili's relative position from 50 years ago was 512 miles behind a week ago. Today, the distance is nearer 280.

Igor Zaretskiy postpones restart from Albany
Back in December, barnacle growth and rigging issues forced sixth-placed Russian skipper Igor Zaretskiy to stop in Albany, Western Australia, where a medical examination found a continuation of a heart condition. He flew home to Moscow for further tests. Would this be the end of his challenge?

The good news is that his doctors and team believe it is not, but time to re-start within the summer window in the Southern Ocean has run out. Igor's plan now is to restart in the Chichester Class sometime in October, to coincide with the Southern hemisphere summer and complete what he started.

In a statement, he says: “There is a natural and always reasoned rule: ‘fight to the end. Until you see the buoy at Les Sables d’Olonne, the race cannot be stopped’.”

There is no time limit for competitors in the Chichester Class

Robin Davie, safe and well
2022 GGR entrant Robin Davie returned to Falmouth on Saturday, four days after he was posted overdue, and largely unaware of concerns for his safety. UK Coastguard had issued an All Ships Alert for his Rustler 36 C'est La Vie after his brother reported him overdue, which he answered late Friday night.

Explaining his delay, Robin said: “Faced with calms and very light head winds, I decided to take a long tack out into the Atlantic and back to test the boat in these conditions. We know this race is won and lost, not in gale force winds, but when they are light so I used the time to test myself and the boat.

“Because these boats don't have autopilots and rely on wind-vanes to steer by, we followed the wind on a circuitous route that extended the distance from a 300 mile direct course to nearer 700 miles. I was well out of radio range, and it was not until I was 25 miles south-west of the Scilly Isles that I first heard the alert.”