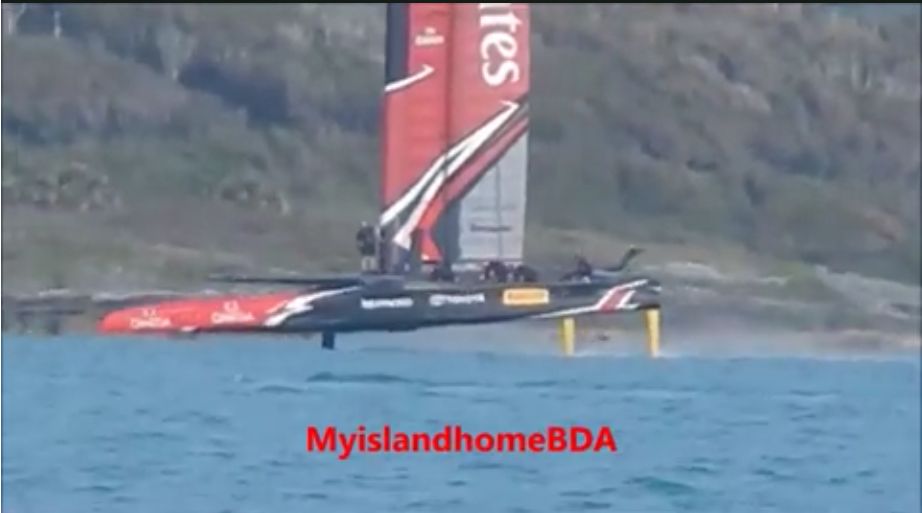 Screenshot from the video by Myislandhome BDA.

Team New Zealand had a man overboard drama while training in Bermuda today.

The incident, which was captured by local cameraman Jason Smith, occurred as the crew began to set up for a manoeuvre, in the transition between hulls. It is difficult to identify from the footage which crew member it was that was tossed over the side, but it appears to have been wingsail trimmer and skipper Glenn Ashby.

The multihull veteran appeared to have mistimed a few steps and got his footing wrong as he moved across the boat. Unable to stop, he elected to take a leap to ensure he was well clear of the rudder, which, at the speeds the 50-ft America's Cup Class catamarans travel, could cause serious injury.

Read the full story, including details of ETNZ sailing without a jib, at the Herald.