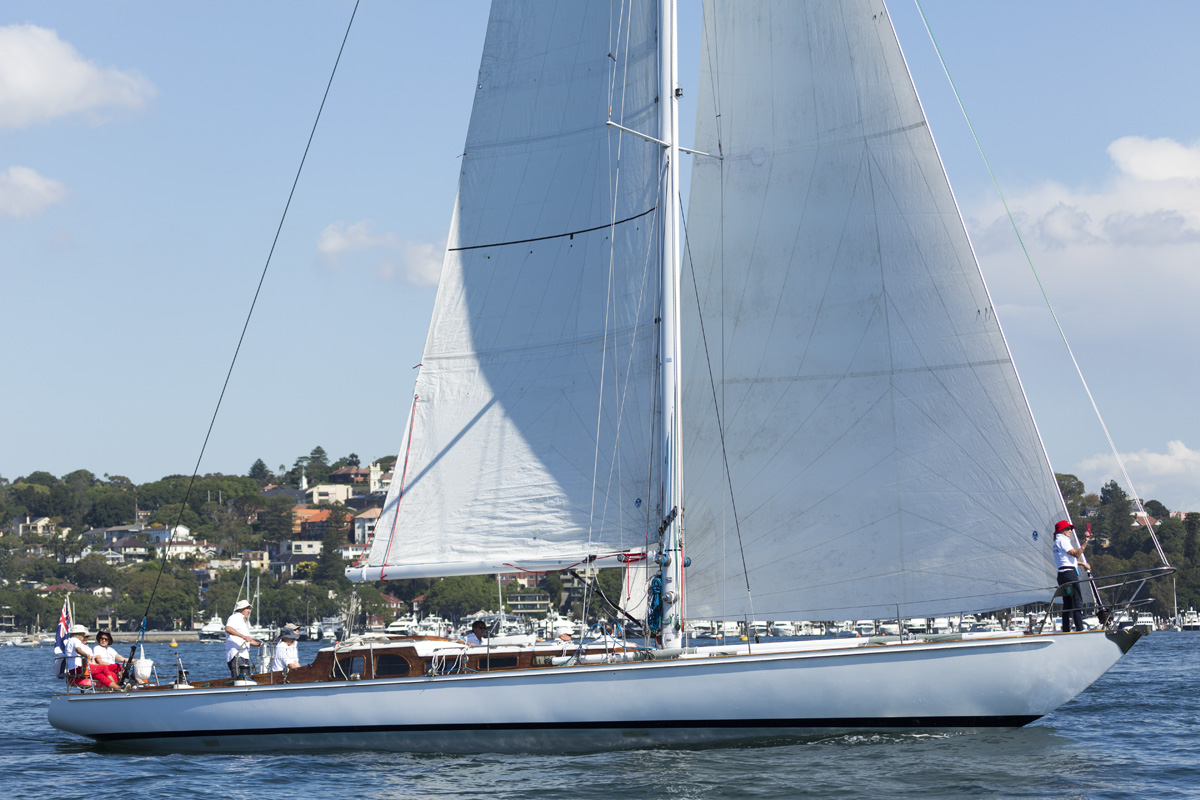 Sydney Harbour put on a spectacular day for the opening races of the 2017 CYCA Winter Series.  After a one-hour delay for the Ladies Day competitors, all fleets were off and racing at 12:30pm in a light 5 knot east south-easterly breeze. The light wind created some congestion at the rounding marks, until an increase to 10 knots was welcomed by the fleet on the shortened course.

2015/16 Clipper Round the World Race skipper Wendy Tuck, steered UBS Wild Thing to win the spinnaker Division 1 by over four minutes. Tuck was the first Australian female skipper in the Clipper’s history of the race.  She has recently been appointed Chief Instructor and Principal of the Australian base for the 2017/18 event.

Maike Muth came in second on the Judel & Vorlijk 42, Elena Nova, just 28 seconds ahead of Cyrene 3 skippered by Lindsey Gilbert in third overall in the 13 yacht division.

In Division 2, Linda Goransson steered the Thompson 8.7 Mako to victory in what was her first ever yacht race. Goransson has spent time over the past year cruising and was ecstatic to take the win.

Mako’s owner, Cameron Wiklund, had nothing but praise for Linda as skipper. “We knew it was going to be a tricky race, but Linda controlled the boat well to maintain speed in the light air and enabled her to make good decisions during the race.”

Second was Louise Stevenson on the Cape 31 Clewless?  She narrowly beat the Archambault A31, Precision, skippered by Nicole Butcher by 13 seconds.

“Lisa did such a great job on Sunday, she’s been out practicing her steering, and it paid off. I’m really proud of her,” Matt commented. “We actually had more women than men on board the boat which was a sensational effort I think,” Lisa laughed. “We had a tough battle with Utopia from Junction Bell to the finish, and it really was a great day.”

Vivienne Macmahon rounded out the top three on the Jarkan 12.5, Marloo.

In Non-Spinnaker Division 2 it was Jenni Hayward who took out the top spot on Defiant, followed two minutes later by Sea Ya, skippered by Melissa Bergin. The Oceanis 40, Hubcap2 finished third, skippered by Anna Soligo.

“The Ladies Day racing is always a great way to open up the Land Rover Winter Series for us,” commented Defiant owner Paul Billingham. “It was Jenni’s first time steering our boat, and she did a great job! I really can’t fault the day we had out there, it was beautiful.”

Whilst she has been crewing on yachts, Jenni said she has newfound respect for skippers. “It was a tough race right until the end, it came down to the wire,” she explained, “It’s good to see so many women not only steering, but also crewing on board boats this year.”

Racing in the 2017 Winter Series continues next Sunday when the first pointscore race will be sailed.

Prizes will be awarded to the yachts placed first, second and third in each division and include exclusive CYCA Winter Series merchandise.