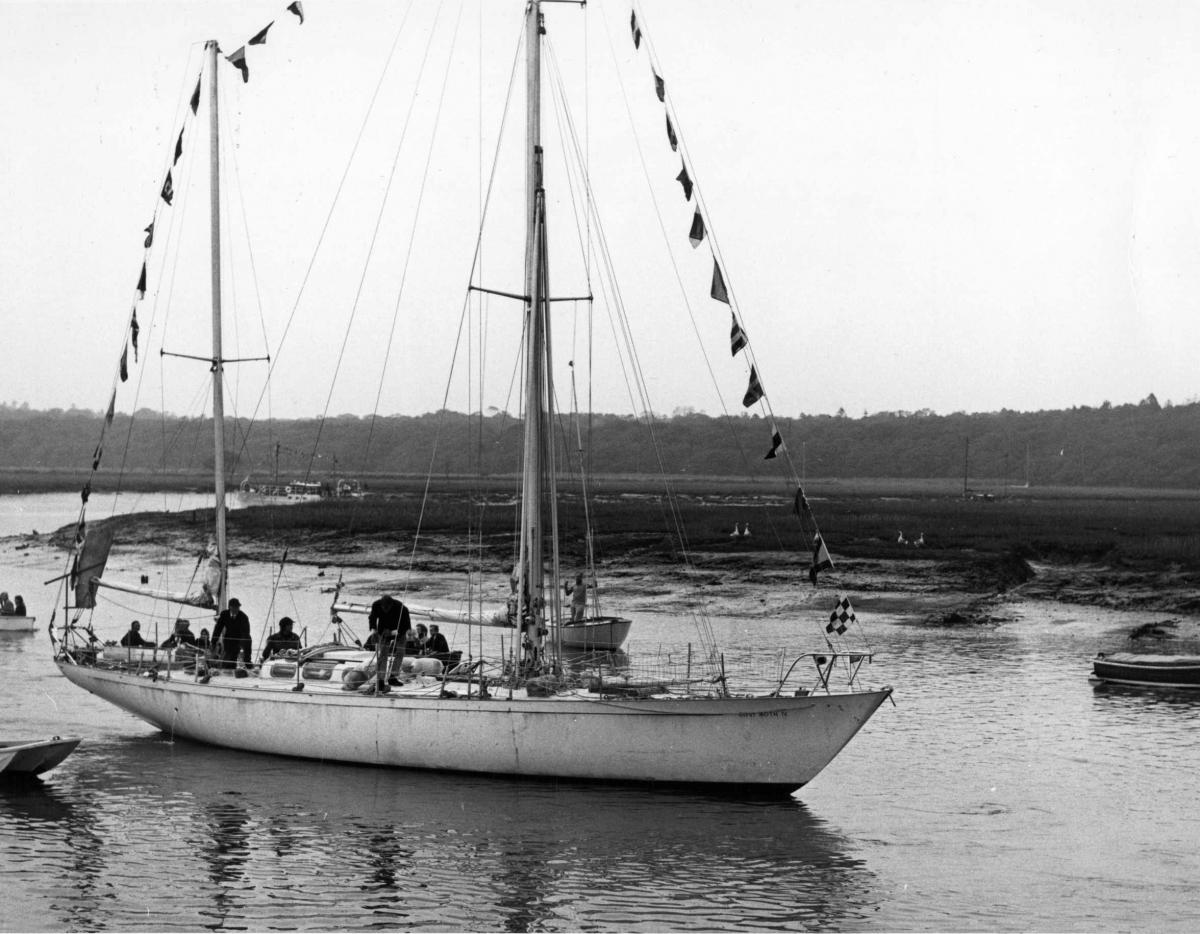 By Chris Yandell of the Southern Daily Echo.

SHE IS the legendary yacht in which Sir Francis Chichester became the first person to single-handedly circumnavigate the globe. Now Gipsy Moth IV is returning to Buckler’s Hard to mark the 50th anniversary of the day he completed his epic 30,000-mile voyage.

The former shipbuilding village on the banks of the Beaulieu River was Gipsy Moth’s home port. Sir Francis sailed from Buckler’s Hard on August 12, 1966 for trials in the Solent before setting off from Plymouth two weeks later.

After 226 days at sea, stopping only in Sydney, Australia, the 65-year-old sailor returned on September 17 the following year to be greeted by fireworks and other celebrations.

Fifty years on, visitors to Buckler’s Hard will be able to visit the famous yacht and learn all about her record-breaking history.

Finish reading at the Daily Echo and seemore images of the famous yacht.