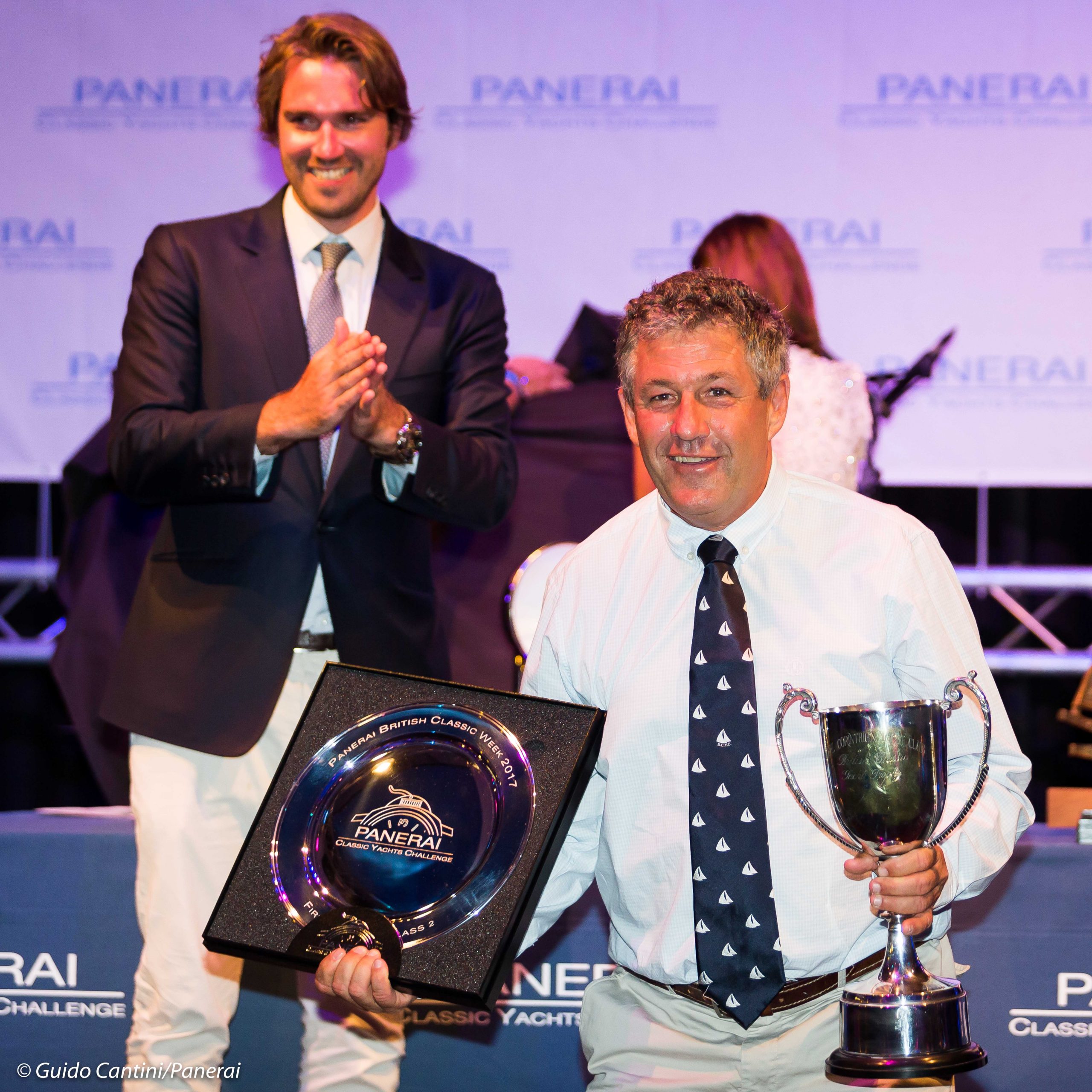 Competitors enjoyed one final elegant sashay around the Central Solent to complete Panerai British Classic Week, with the 6 and 8 Metres starting separately, but Classes 1 to 4 came together on the Royal Yacht Squadron line for their final massed start.

The course kept the boats close to Cowes, and with plenty of mark roundings and short legs, it was an exciting culmination to a wonderful week. Although many of the individual classes had already been decided, the overall winner of the regatta was still hanging in the balance so there was plenty to race for.

Racing is an important part of the regatta, but it is by no means the sole focus. The event brings together classic yachts and those who love them from across the UK and Europe, and from as far afield as Australia.

The furthest travelled team at this year’s event was led by Martin Ryan of the Royal Sydney Yacht Squadron, who was making his second appearance at the regatta and this year sailed the 1934 William Fife 6 Metre Melita.

“We came last year and loved it. To be back and now sailing Melita is a joy. The yachts are stunning, it’s a fabulous regatta and we can’t wait to come back,” Ryan said.

The British Classic Yacht Club’s motto is Per Ardua ad Marum (Through hard work to the Seas) and the restoration and maintenance of these individual pieces of yachting history certainly takes a lot of very hard work.

To recognise this, a new Concours d’Elegance trophy category has been introduced. A blue ribbon panel of judges, headed by Rob Peake, editor of Classic Boat, gave each yacht a detailed inspection and after careful deliberation the inaugural winners were announced.

And the Per Ardua Ad Mare Trophy, for the Overall Winner, was presented to Cuilan, a 1969 George McGruer ketch which has been owned by Brian Smullen for all of her 48 years, and is still as handsome as the day she was launched.

In addition, each of the class winners was presented with a Panerai Plate.

Finally, the overall trophies were presented. The EFG International Trophy for third overall was presented to Richard Matthews’ Scorpio and the Flight Trophy for second overall went to Ivine Laidlaw’s Oui Fling. But the loudest cheers of the evening came as Giovanni Belgrano and his crew of Whooper came forward to claim the BCYC Racing Trophy and a Panerai Luminor Marina Automatic Acciaio – 44mm watch.