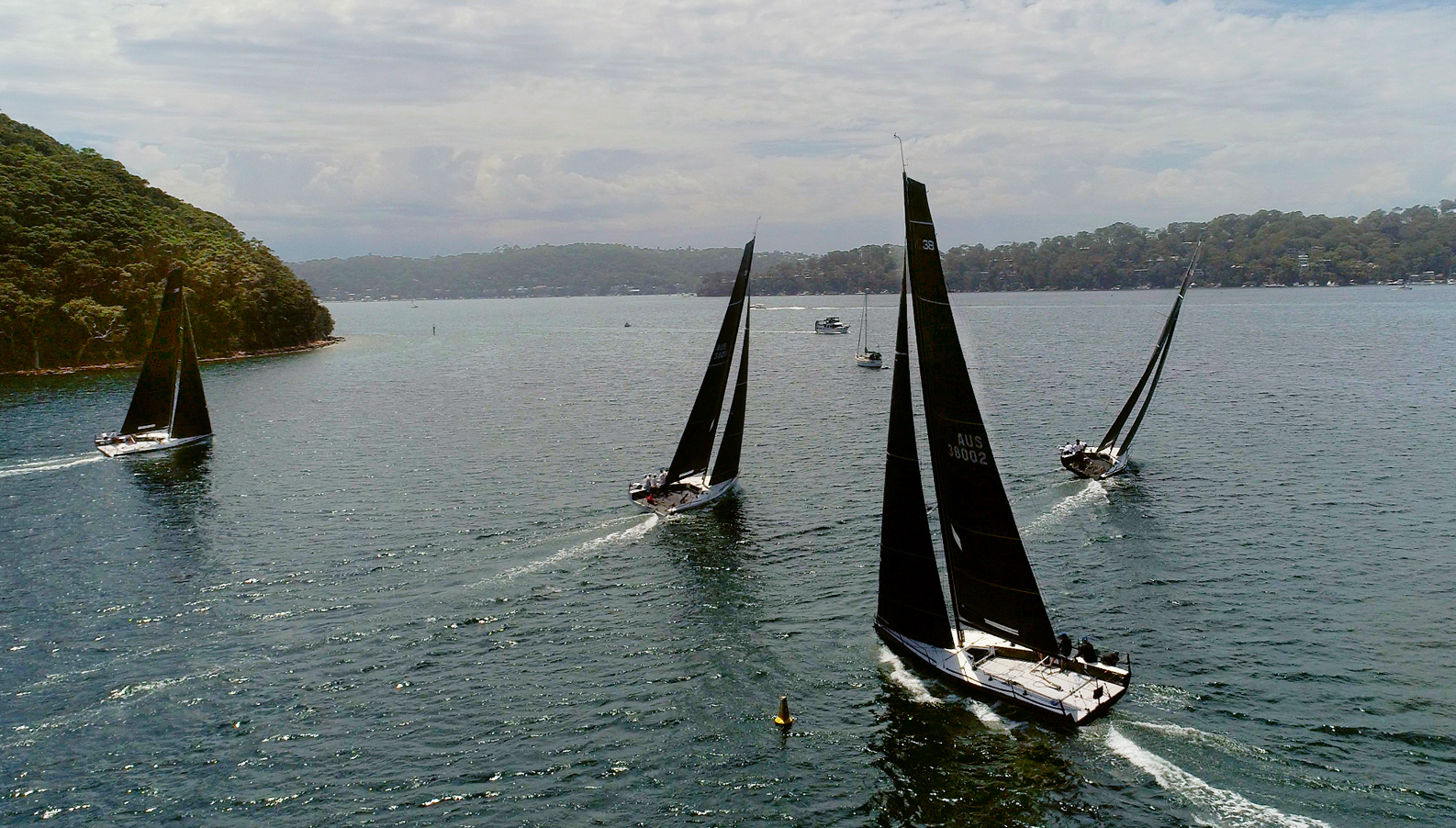 In 12-16 knot sou’easters, Royal Prince Alfred Yacht Club PRO Steve Merrington and his team peeled off four races between Mackerel Beach and Stokes Point on the eastern side of Pittwater, a wider scenic course that offered crews variety from the usual track north of Scotland Island.

There’s a clear top three opening up at this national title. At nine points in the black, Green and his team are likely to realise their quest for a fourth consecutive national title and attention now switches to the battle for second between John Bacon’s Dark Star and Neville Crichton’s Maserati, currently one point apart.

“Every day we go out to try and be boat of the day,” said Ginger’s tactician David Chapman. “Though in saying that we do tend to hang in the same patch of water as Maserati and Dark Star. It was a long day with four races, at the start we are fresh and towards the end of the day it gets harder to maintain consistency. It’s the same for every team.”

Chapman is working alongside international sailor Julian Plante as Ginger’s strategist. “We have a friendly rivalry from our Farr 40 days. Julian is fitting in well, he’s a local hero and it’s good to have someone to bounce things off,” Chapman added.

Dark Star’s rise to second overall came down to good starts and going the right way said skipper John Bacon back at the RPAYC as another summer thunderstorm unleashed. “Today we were in the right spot and we made the best of our boat speed. We also had fantastic racing with Neville, they are very similar in boat speed and here we are with a point between us.

“Ginger is clinical. Even if they have a bad race it’s still a good race. It would be unusual for us to beat Leslie, we’d have to win three races and they’d have to finish deep tomorrow. We’ll be really keen to protect our position on the final day,” Bacon added.

Maserati’s tactician Joe Turner says their goal-setting of a podium finish in every race combined with time on the boat is reaping results. “We are really starting to gel as a team, we are knocking on a year now and things are falling into place. The boat’s fast enough, the crew’s good enough, it’s now down to Neville and I. We didn’t expect Dark Star to have the day they had, this is their patch of water and we are having a great battle. Neville is really happy; he said today he can’t wait for next season.”

The big mover in the pointscore on day two is the Steve Barlow skippered Light Speed, now fourth behind Maserati.

Sunday’s forecast is for southerly winds 15-25 knots increasing to 20-30 knots early in the morning then tending south-east to south-westerly 15-25 knots by midday and an 80% chance of showers. Racing on the final day of the MC38 Australian Championship is due to start at 1100hrs and three races are scheduled to close out the series.